Our editorial transparency tool uses blockchain technology to permanently log all changes made to official releases after publication. However, this post is not an official release and therefore not tracked. Visit our learn more link for more information. 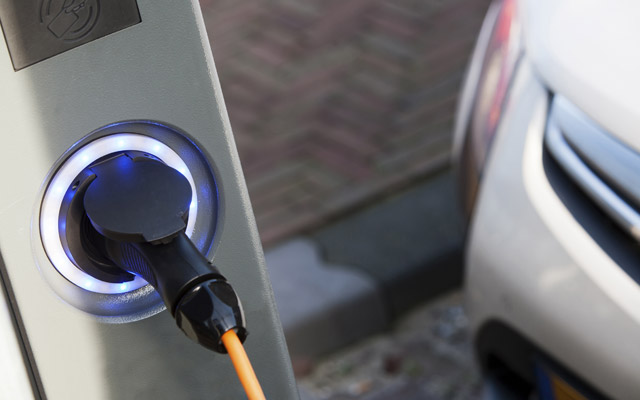 WASHINGTON – Verizon is joining with the U.S. Department of Energy to help meet President Obama’s goal of empowering the U.S. to produce plug-in electric vehicles that are as affordable and convenient as their gasoline counterparts.

The DOE’s initiative, called the Workplace Charging Challenge, came in response to the president’s announcement last year of the Electric Vehicle Everywhere Challenge, which is aimed at producing more affordable and convenient electric vehicles by 2022.

Verizon and 12 other companies will help develop and commercialize the infrastructure for electric vehicle charging stations.  The stations are vital to the widespread adoption of plug-in electric vehicles throughout the United States.

The Workplace Charging Challenge is committed to increasing the number of U.S. employers offering workplace electric vehicle charging stations by tenfold in five years.  For more information about the Challenge or EV Everywhere, visit http://www.electricvehicles.energy.gov/.

Promoting more sustainable fleets and the use of alternative fuel vehicles is part of Verizon’s commitment toward meeting ambitious sustainability goals in all areas of its business.

“Verizon has installed several electric vehicle charging stations at various company facilities, which help support our customers, employees and our private fleet,” said James Gowen, Verizon’s chief sustainability officer during an appearance with DOE officials at the Washington Auto Show.  “We are currently conducting employee surveys to find the next locations to expand our charging station program.  The information we gather from those surveys will inform how us about we increase the number of electric vehicle charging stations currently available to our employees in the workplace by 2014.”

A recent survey of some members of our Verizon Green Team – which consists of more than 10,000 employees in 23 countries around the world who are passionate about the improving the environment – found that more than 80 percent of the respondents would be more interested in purchasing an electric vehicle if they had a place to charge it at the office.

The next round of Verizon employee surveys will be completed by June and will focus on three large company facilities to determine employee interest in charging station installations at those locations.  As a partner in the Workplace Charging Challenge, Verizon will announce its progress annually and note its future plans.

“The market for electric vehicles is expanding dramatically, giving drivers more options to save money on gasoline while reducing carbon pollution,” said DOE Secretary Steven Chu. “These 13 companies are taking strong steps to make charging infrastructure more broadly available to their workforce – setting an example for others to follow and helping America lead the global race for a growing industry.”

Earlier this month at the Detroit Auto Show, Verizon and VIA Motors unveiled an extended-range electric cargo van, which is expected to achieve 100 miles per gallon with near zero emissions. Two of these electric vehicles are being deployed and tested by Verizon in New Jersey and New York.

Over the past four years, Verizon has been implementing a myriad of solutions to reduce the carbon footprint of its fleet, including vehicle technologies like all-electric, hybrids and alternative fuel vehicles, and processes such as improved routing, reduced idling, and improved tire-efficiency and pressure-monitoring processes. In addition, Verizon has a robust sustainability strategy, which includes free recycling rallies that have collected more than one million pounds of e-waste; an aggressive commitment to various ENERGY STAR programs resulting in more than 115 ENERGY STAR-certified stores; a wireless phone trade-in program, which collected more than one million phones; and Verizon’s HopeLine program, which provides no-longer-used wireless phones into support for victims of domestic violence.  The strategy supports Verizon’s goal of cutting by 50 percent its carbon intensity – the company’s main sustainability metric that measures the amount of energy needed to transport a terabyte of data over its networks – by 2020.

Verizon Communications Inc. (NYSE, Nasdaq: VZ), headquartered in New York, is a global leader in delivering broadband and other wireless and wireline communications services to consumer, business, government and wholesale customers.  Verizon Wireless operates America’s most reliable wireless network, with more than 98 million retail connections nationwide.  Verizon also provides converged communications, information and entertainment services over America’s most advanced fiber-optic network, and delivers integrated business solutions to customers in more than 150 countries, including all of the Fortune 500.  A Dow 30 company with nearly $116 billion in 2012 revenues, Verizon employs a diverse workforce of 183,400.  For more information, visit www.verizon.com.