Under the terms of the new agreement, Viacom joins a growing list of major programmers who have entered into ground-breaking, active user agreements with Verizon, granting national rights to distribute marquee content to Verizon Wireless customers. More details will be made available in the near future.

Additionally, Verizon FiOS customers will enjoy full access to all of Viacom’s networks, live and on-demand, in and out of the home. Early next year, Verizon will enable live, out of home viewing of all of Viacom’s channels via Verizon’s industry-leading FiOS Mobile app. FiOS customers can already access live feeds of most of the Viacom networks inside the home via the FiOS Mobile app. FiOS TV customers will also be able to access Viacom’s authenticated TV Everywhere websites and apps and the company’s complete selection of video-on-demand (VOD) programming across multiple platforms like smartphones and tablets.  Additionally, Verizon FiOS will enable dynamic ad insertion in all Viacom TV Everywhere and VOD content.

“People want to watch TV anywhere, not just in their living rooms. Disruption in the TV marketplace is happening and Verizon wants to reach agreements with content providers like Viacom that reflect that reality and give people what they want,” said Ben Grad, Executive Director, Content Strategy & Acquisition, Verizon. “We are thrilled to extend our long-term distribution partnership with Viacom Media Networks, delivering some of the most recognizable and popular kids, music and entertainment programming available to our customers anytime, anywhere on a variety of platforms from TV to wireless.”

“Verizon FiOS continues to be among the most innovative and consumer-focused video services on the market,” said Samantha Cooper, Senior Vice President, Content Distribution, Viacom Media Networks. “We’re glad to have reached an agreement with Verizon that covers the full spectrum of viewing options for their customers across platforms, including wireless, and extends our long-standing and productive partnership.”

For more information about Viacom and its businesses, visit www.viacom.com.   Keep up with Viacom news by following Viacom's blog at blog.viacom.com and Twitter feed at www.twitter.com/viacom. 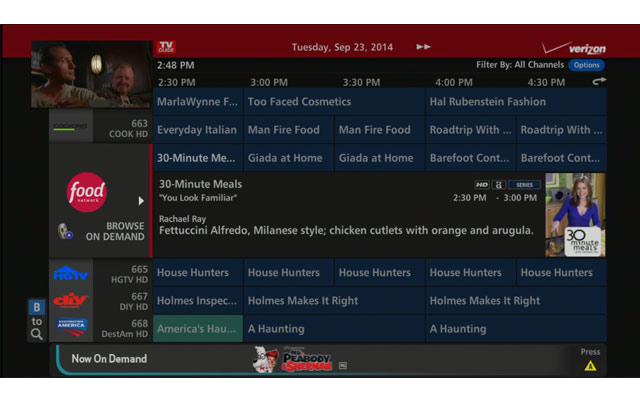