Verizon is pleased to release our Transparency Report for the first half of 2014. We think our current Report is even better than our first one, which we issued in January. We’ve tried to include more data and more specificity. We hope that this Report will add to the ongoing discourse about government demands for customer data and, more generally, about privacy and public safety.

Although we continue to receive large numbers of demands, the overall percent of our customers affected remains very small. We received more subpoenas than any other type of legal process in the first half of the year in the United States, but those approximately 72,500 subpoenas sought information regarding only approximately one tenth of one percent of our United States customers. Moreover, each subpoena typically seeks information about a small number of customers: ninety percent of the subpoenas sought information about three or fewer customers. In fact, the average number of customers whose information was demanded through a single subpoena was less than two.

We provide these latest data in the midst of continued global interest and focus on government demands for customer information. In the United States there was debate in the first half of 2014 about amendments to the Foreign Intelligence Surveillance Act (FISA). In May Verizon took a public stand in support of the USA Freedom Act to amend the FISA statutory framework, because the bill will end bulk collection of communications data under section 215 of FISA and will heighten other privacy protections.

A month later, in June, we were the first company to file an amicus brief in federal court challenging a judge’s decision to allow the United States government to use a search warrant to obtain customer data from Microsoft, even though that data was stored overseas. As we note in our Transparency Report, Verizon has not received, and does not expect to receive, any demands for customers’ data stored in our data centers outside the United States, but we wanted to make our voice heard on behalf of our customers.

We also continue to take positions in support of privacy that are not as public. While it may not make the headlines, Verizon commonly pushes back against legal demands, forcing law enforcement agencies to narrow the scope of their requests, correct errors in their demands, or issue a different form of legal process before we will produce a specific type of data. Through these processes we rejected a number of demands from law enforcement completely and did not produce some of the information sought through other law enforcement demands.

Verizon was proud to be the first telecom company to issue a Transparency Report in January, and we are encouraged that so many companies are now publishing reports. We believe these reports can give the public a greater understanding of the types of demands companies receive. We applaud the United States government for recently releasing a report regarding the number of demands it has made for information in matters involving national security.

Protecting our customers’ privacy will always be a bedrock commitment at Verizon. While we have a legal obligation to provide customer information to law enforcement in response to lawful demands, we take seriously our duty to provide such information only when authorized by law. We hope that our most recent Transparency Report will provide useful data on those demands.

A court decision regarding the FCC’s Open Internet Order is coming soon. Here’s what policies Verizon stands for. 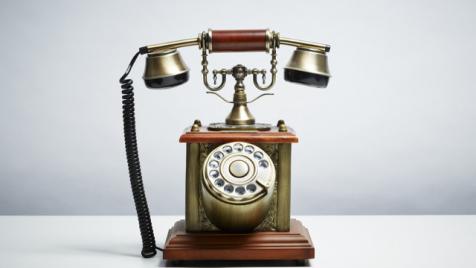