Welcoming (and hiring) our heroes.

Help us give a warm welcome to our 20 new fellows who are joining the V Team in our military fellowship program. 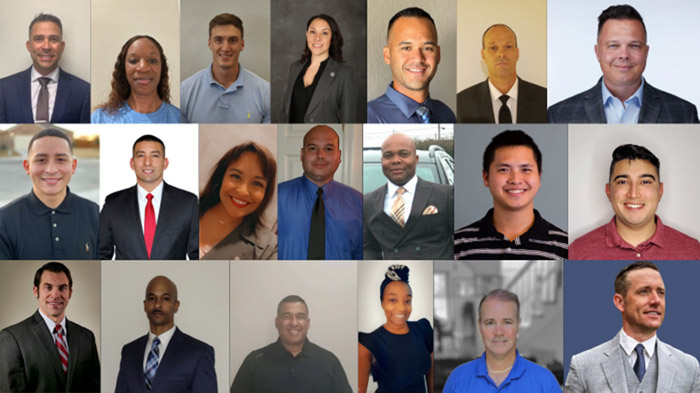 Verizon is a proud partner of Hiring Our Heroes, a nationwide initiative that helps veterans, transitioning service members, and military spouses find meaningful employment opportunities. This month, we’re honored to welcome our final cohort of 2021 who will spend the next few months learning what it's like being part of the V Team.

With this cohort, we've hosted 83 fellows in 2021. For our final cohort of the year, we’re welcoming 20 new faces who will be contributing their skills across various areas of the business, including Corporate, Global Network and Technology (GN&T), and Verizon Business Group (VBG).

Join us in welcoming them to the V Team!

Growing up in a large family in Nigeria was not always easy for Auxtyne Omoregbee. Living with his five siblings under one roof, he was especially grateful for his older brothers who put their education aside to work and help Auxtyne attend college. 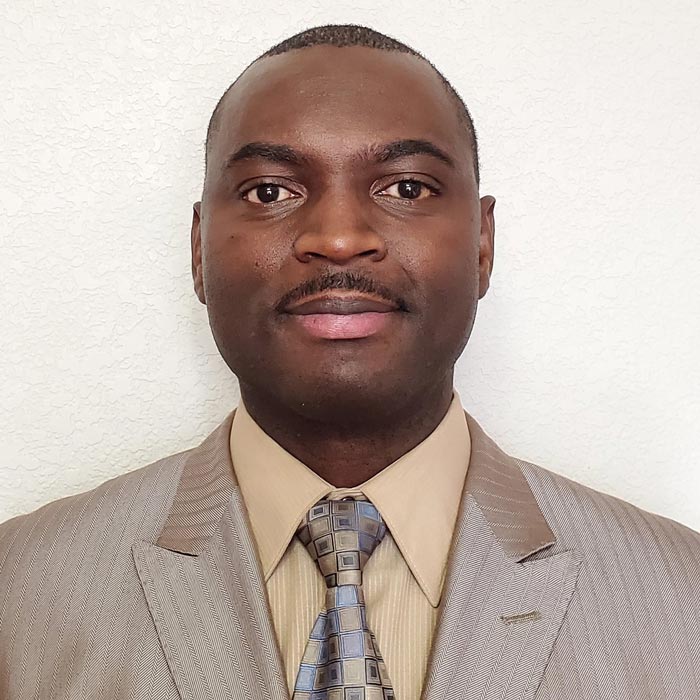 After he graduated with a degree in industrial chemistry, Auxtyne was unable to find employment in his field. Ultimately, he wanted more for his future and decided to follow in his brother’s footsteps by coming to the U.S. and joining the Army.

In 2010, he moved to Tacoma, Washington, to be with his brother who was stationed in Fort Lewis at the time. From there, Auxtyne completed basic training, served as a combat medic, and later took a Satellite Communicator role in the Army.

Following his years of service, Auxtyne later joined Verizon’s second Hiring Our Heroes cohort of 2021. He was one of 29 fellows who were hired from his class. Today, he is a Security Solutions Architect with Verizon Business Group.

With skills developed during my active service, education, certifications, and Hiring Our Heroes Corporate Fellowship, I transitioned smoothly from the Army to Verizon as a Security Solutions Architect. I am currently doing security technical designs and take the role of an architectural expert for sales opportunities across multiple verticals and geographic regions.

From fellows to full-time.

The Hiring Our Heroes Corporate Fellowship Program provides transitioning service members with management training and hands-on experience in the civilian workforce, preparing those individuals for smooth transitions into meaningful civilian careers. It was created by the Department of Defense and is administered by the U.S. Chamber of Commerce.

Verizon started participating in this program in 2018. Since then, we’ve welcomed 10 cohorts that have resulted in 102 hires across the entire business.

We want to wish a warm welcome to our newest fellows! We can’t wait to see the positive change and meaningful impact that you’ll bring to the V Team. 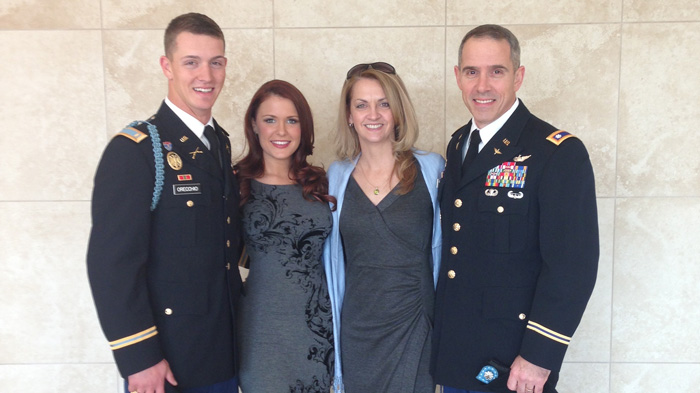 All in the Verizon military family.
05/26/2021
Meet the Orecchios who’ve persevered as a military family and moved their careers forward together as part of the V Team.