Yes, AI talent is leaving universities for big business. But that might not be a bad thing. | About Verizon
Accessibility Resource CenterSkip to main content
Our Company
News
Responsibility
Investors
Careers
end of navigation menu

Yes, AI talent is leaving universities for big business. But that might not be a bad thing.

The factors that go into these decisions are more complicated than they seem, experts say. 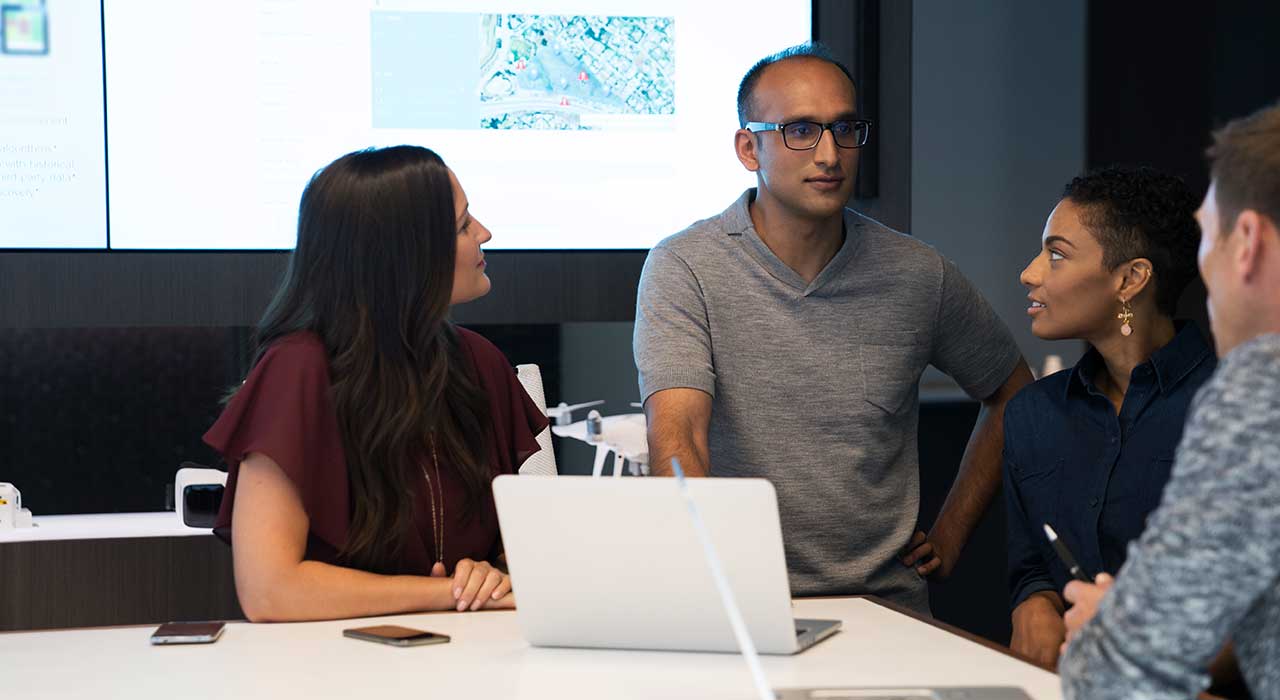 Artificial intelligence wasn’t always so popular. From the early 1980s until the late 2000s, interest and funding in artificial intelligence seemed so low many in the industry refer to that period as "AI Winter." Then came the next hype cycle, including dog robots that can do backflips as well as plenty of important everyday AI functions. Autonomous vehicles began to seem like a reality. Suddenly, the corporate world was excited about AI again, and the bidding wars for AI talent began. Now, salary offers are edging toward the stratosphere.

According to the headlines, even professors who once dedicated their lives year-round to roaming the ivy-covered walls of higher learning are finding reasons to take extended sabbaticals and hotfoot it to the corporate world for the AI gold rush.

But is the business world, which capitalizes on advances in AI, imperiling its own future by taking so much AI talent out of academia?

"Are we eating our seed corn?" asks Dr. Kenneth Forbus rhetorically. As a professor of computer science and education at Northwestern University who has a Ph.D. in artificial intelligence from MIT, many of his Ph.D. graduates head off to work for the biggest names in tech. "I don’t know that it’s gone that far."

Forbus acknowledges that there are worries. Certain companies have targeted and raided the talent pool at universities working on potentially lucrative and/or important research. Businesses that once funded academic labs have suddenly yanked their dollars in favor of doing the R&D in-house. And Forbus notes that some college professors pulling double duty as high-tech vice presidents have found their time monopolized by company responsibilities.

Forbus says he often talks with his students about their options after school. Yes, he tells them, the corporate world offers a lot of money, but most AI PhDs earn around six figures in academia, so it’s not exactly like they’re eating ramen cooked on a hot plate for dinner every night. But a corporation may be able to offer access to data sets that a university would never be able to see, which can be thrilling for someone researching face recognition or social science, Forbus points out. Still, he says, it’s likely his students' efforts, should they choose the corporate route, will go toward optimizing functionality that supports a company’s bottom line, rather than "going after the next wild and crazy great thing."

That said, Forbus notes, working on AI in academia isn’t always a steady march toward greatness. Students may wind up working on research projects that have no real-world applications. Resources and tools can also be severely limited at some schools.

Dr. Kavita Ganesan, who has a Ph.D. in computer science and machine learning, currently works at Github and consults with businesses through her own company Opinosis Analytics. She remembers her days in academia as much more stressful than her current work in the corporate world. Ganesan says that when she was working at a small college, not only did she have to teach classes, but she was expected to publish papers and track down grant money.

"In academia, they tend to say that you have your own hours, your own lab, you can do your own thing, but you’re constantly under pressure," says Ganesan. While she knows many professors who are happy in academia and accept the work/life balance they experience there, she prefers the time with family that her current work, building Natural Language Processing (NLP) models at Github, allows.

Despite many recent headlines about companies luring away the best minds in artificial intelligence with outrageous salaries, Forbus views educational institutions and corporations as complimentary. He likes to use the example of Google, which was developed by students utilizing the freedom academia allowed and was later turned into one of the biggest businesses in the world.

"What you want is a thriving ecosystem: big companies, small companies, universities and research houses. Together they do better than any one of them can do by themselves."

Neil Gladstone is a freelance writer whose work has appeared in The New York Times, AOL, MTV and Popular Mechanics. He writes about technology, STEM, education and the jobs of the future for Verizon.