Today, we head to Washington D.C.

In this special staycation episode, Andy visits our nation’s capital. We hear from Dr. Clarence Jones, MLK’s friend, counsel and speechwriter, and meet with a local artist. 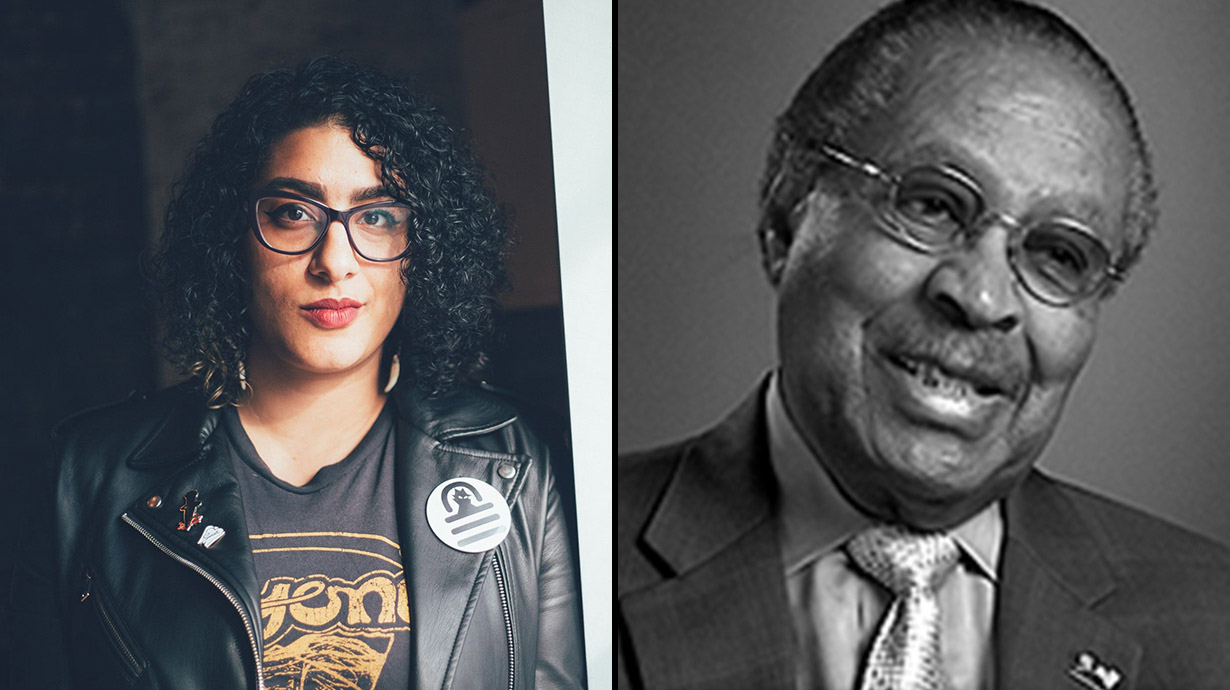 “Today begins a renewal of a new beginning.” Let that sink in … I’ll get to more about that line in a bit.

Over the past couple of weeks I’ve been virtually traveling to several cities across the United States, getting to know the small business owners, artists, musicians and V Teamers that make these places special. Civic pride remains front and center on our Staycation Roadtrip series, and today’s virtual stop in our nation’s capital gives all of us a chance to take pride in dreams of the past as we march towards the future.

Yesterday’s Up To Speed special #Next20: We have a dream, featured Dr. Clarence B. Jones, speechwriter, attorney, confidant and personal friend of Dr. Martin Luther King Jr. In this episode, Dr. Jones' shared his experience as a civil rights leader and reflected on the 1963 March on Washington for Jobs and Freedom, where Dr. King gave his iconic “I have a dream...” speech. Dr. Jones helped co-author those legendary words.

After listening to Dr. Jones on #Next20, I felt the need to examine my own thoughts on where Dr. King’s dream stands today. I wanted to ask him, “In light of current events, is there anything you would change if you were writing that speech today?

Dr. Jones’ not only was kind enough to offer his response in today’s Staycation episode, he went above and beyond, sharing a rewrite of the first five paragraphs of the speech. Below, you can read the full rewrite. As you read these words tailored for our modern times, imagine them delivered with the oratory strength and reverence of Dr. King. It is a powerful mental exercise and shows how Dr. King’s quest for equality is one that continues today.

The last sentence sticks out to me the most. “Today begins a renewal of a new beginning.” At a time when the world yearns for new beginnings, a renewed commitment to Dr. King’s dream should stir action in all of us. It’s why I’ll participate in today’s virtual March on Washington. Join me and let’s show our collective strength by marching forward together. (V Teamers - Don’t forget to sign up to participate via the Volunteer Portal). Here are some other ways to take action.

Our Staycation Roadtrip also features the work of Farrah Skeiky, a local Washington D.C. photographer, creative director, musician and writer. As an activist, she strives to always use her powers for good. A compilation of Farrah’s photos are featured in her new book, Present Tense: DC Punk and DIY, Right Now. Retweet this episode with the hashtag #VerizonStaycationRoadtrip and some lucky followers will receive a copy.

Hope you enjoy this special staycation episode and let's continue to move forward together.

Dr. Clarence Jones’ first five paragraph re-write of the historic ‘I have a dream…’ speech:

Eight score years ago, a great American, in whose symbolic shadow we stand today, signed The Emancipation Proclamation bringing hope to millions of Negro slaves who had been seared in the flames of withering injustice. It came as a joyous daybreak to end the long night of their captivity.

But in 2020, after the Civil Rights Act of 1964, The Voting Rights Act of 1965, and its renewal and enforcement until its gutting by our Supreme Court in its decision of Shelby v Holder, today’s equivalent of Black people and other persons of color are still not free. One hundred years later, Black persons and other persons of color are. Today, too many of our Black brothers and sisters are still sadly crippled by the manacles of segregation and the chains of discrimination. In the midst of the greatest technological communications revolution since the mariner’s compass, gun powder, and the printing press, substantial number of Blacks and other people of color live on a lonely island of poverty in the midst of a vast ocean of material prosperity. More than a hundred years later, far too many my people still languish in the corners of American society and find ourselves exiles in our own land whose material wealth was built on the back of 241 years of unpaid slave labor. So, we have come here today to dramatize this shameful condition.

In a sense we have come to our nation’s capital to cash a check. When the architects of our republic wrote the magnificent words of the Constitution and the Declaration of Independence, they were signing a promissory note to which every American was to fall heir. This note was a promise that all men, yes, Black men as well as White men, would be guaranteed the unalienable rights of life, liberty, and the pursuit of happiness.

It is obvious today that America has defaulted on this promissory note insofar as her citizens of color are concerned. Instead of honoring this sacred obligation, America has given us a bad check, a check which has come back marked “insufficient funds.” But we refuse to believe that the bank of justice is bankrupt. We refuse to believe that there are insufficient funds in the great vaults of opportunity of this nation. So, we have come to cash this check — a check that will give us upon demand the riches of freedom and the security of justice. We have also come to this hallowed spot to remind America of the fierce urgency of now. This is no time to engage in the luxury of cooling off or to take the tranquilizing drug of gradualism. Now is the time to make real the promises of democracy. Now is the time to rise from the dark and desolate valley of segregation to the sunlit path of racial justice. Now is the time to lift our nation from the quicksands of racial injustice to the solid rock of brotherhood. Now is the time to make justice a reality for all of God’s children.

It would be fatal for the nation to overlook the urgency of the moment. Our sweltering summers of legitimate discontent has powerfully been expressed by today’s Black Lives Matter Movement. After years of successive killing by police of numerous of our brothers and sisters, most painfully dramatized by police officers kneeling on the neck and body of 46-year-old George Floyd for 8 minutes and 46 seconds, there has occurred a national and international moral outcry asking Just what kind of country are we? This will not pass until there is an invigorating autumn of freedom and equality. Today begins a renewal of a new beginning. 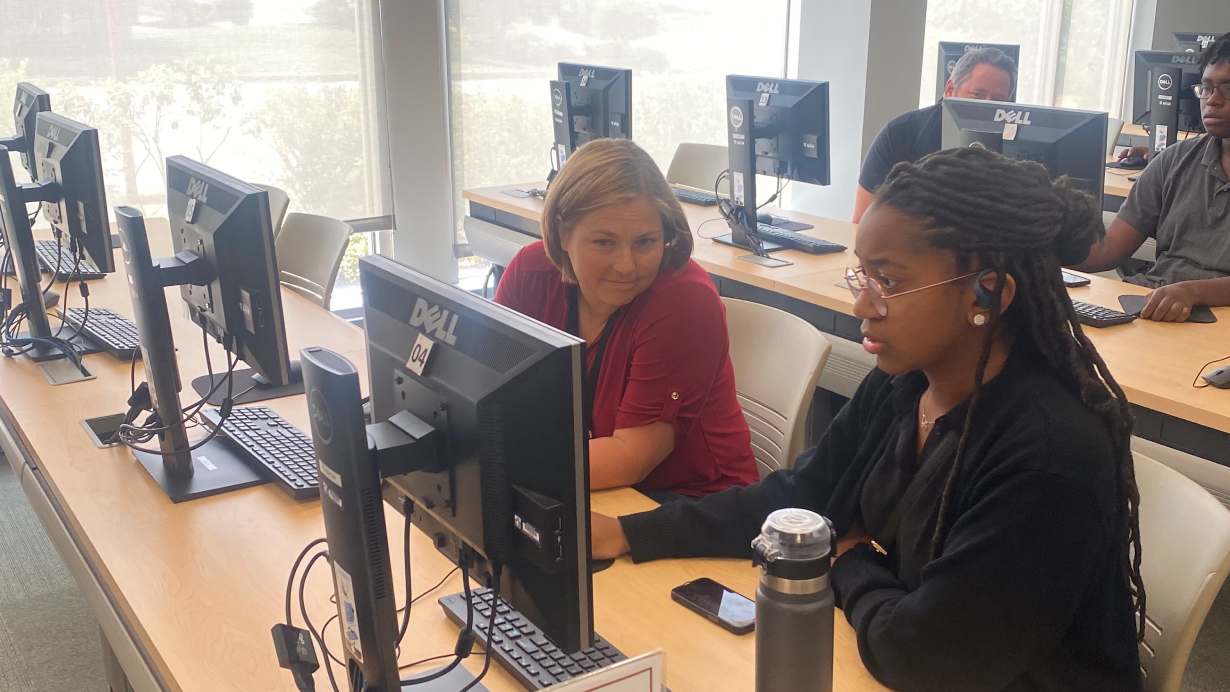 Coinciding with a new local investment of $15,000 and a STEM event today in St. Louis, Verizon is celebrating the completion of a mentoring program with St. Louis nonprofit Gateway Global. 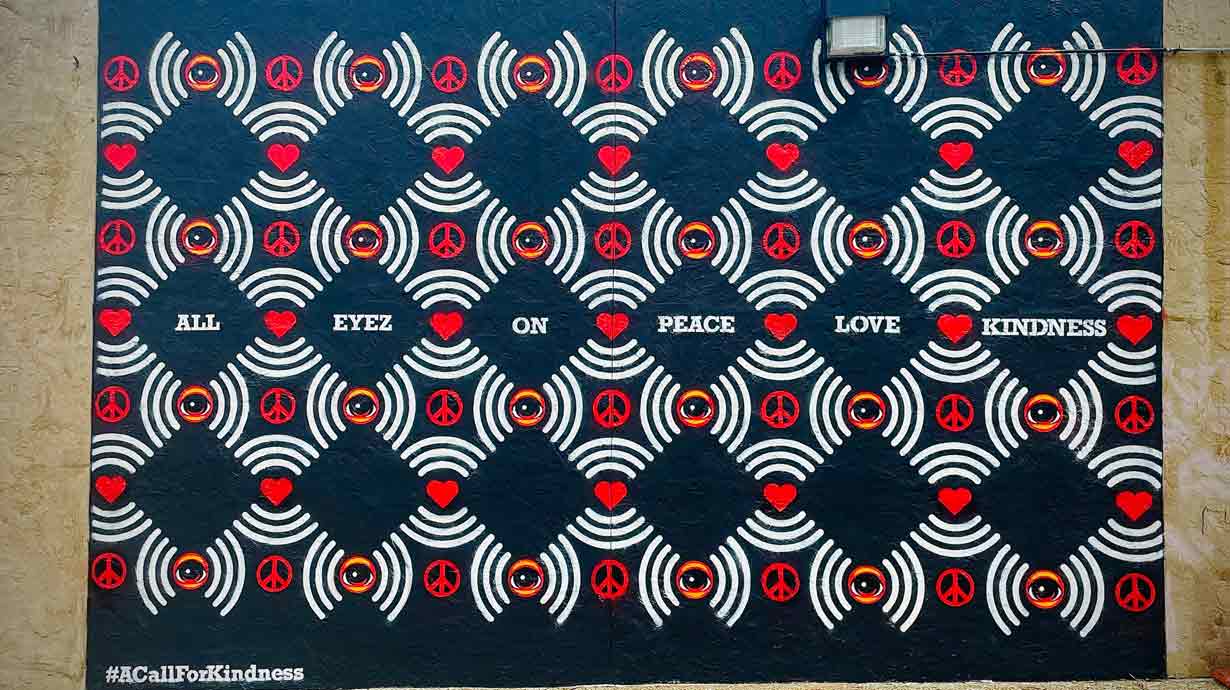 Verizon commissions mural in St. Louis as part of #ACallForKindness
08/02/2022

Verizon is spreading kindness in St. Louis’ Delmar Loop, thanks to a partnership with local artist Peat “EYEZ” Wollaeger. Located at 6301 Delmar Blvd.