Xiuhtezcatl: The climate fight will never look the same again. Here’s why. 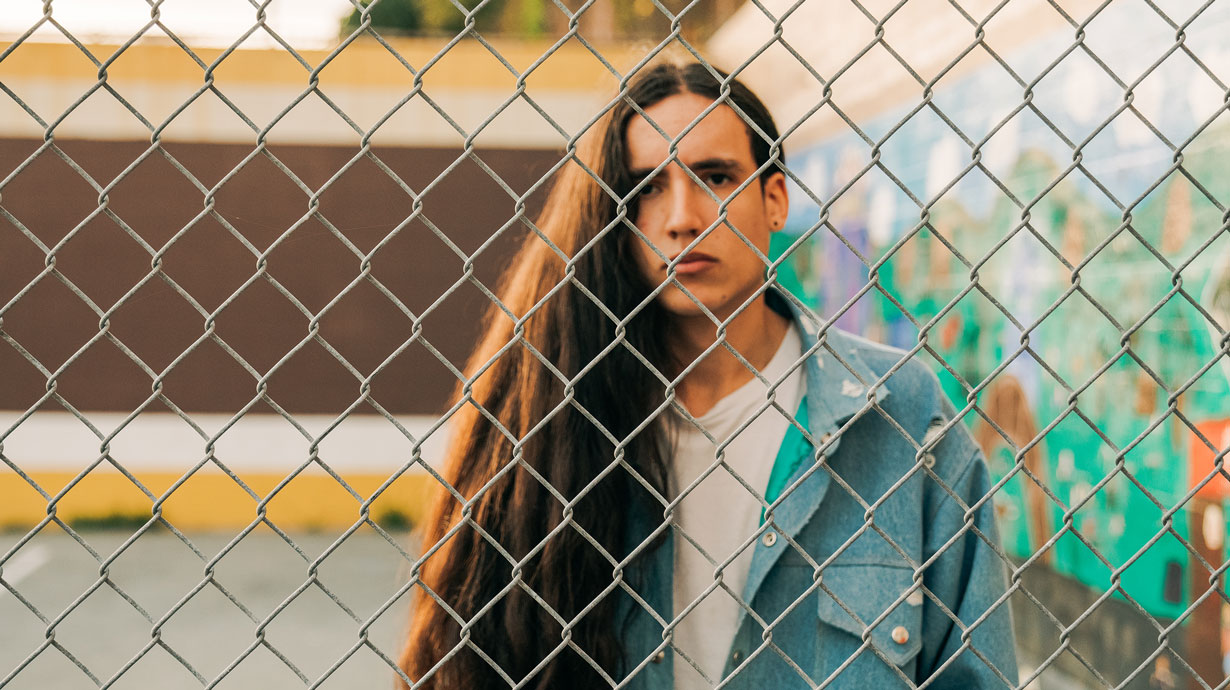 This is what the new climate fight looks like: a hip-hop artist with long black hair, starting Twitter debates, dropping mix tapes, making art and remixing the youth-driven social movements that have dominated the last five years. It looks and sounds like 20-year-old Xiuhtezcatl (pronounced Shoe-Tez-Caht).

Social media—and the ease to connect and get organized—is erasing the invisible lines that separated Black Lives Matter, Me Too and Standing Rock, Xiuhtezcatl says in his new book, Imaginary Borders.

“These moments, as you’re seeing right now, this intergenerational, multiracial uprising is transforming the ways in which we fight for justice,” says Xiuhtezcatl, who can deftly switch between mobilizing a social justice campaign on Twitter and dropping a new digital single on YouTube from his phone.

It doesn’t look like Al Gore and melting ice caps anymore, he says.

By the age of 12, he was a globally known activist on the brink of burnout.

Xiuhtezcatl has been stepping up to the mic to talk about climate change since he was 6 years old. He stepped up at age 9 to lead the third generation of Earth Guardians, an environmental activist program for kids. By his 12th birthday, he’d spent nearly a decade on the road when depression hit. The touring schedule and indifference of his peers took a toll on his hope that things could change, he says. He didn’t know how to cope with the emotion—until he discovered hip-hop.

Music was the creative outlet to find his voice—a far cry from the sound of mostly white, mostly scientific men who have dominated the conversation on climate, he says. Music could move a younger audience, too. The vision hit him at a hip-hop show when he saw the raw, live energy of a young crowd dancing to the music. As a climate activist, he set out to create a new kind of movement, one that was “dripping in art, color and diversity.”

He started writing lyrics, using voice memos in his phone. Many times, snippets of those phone recordings end up in the final mix: Little phrases, sentences and sounds that he records from his travels. Cover art for some of his digital singles—such as “Cell Phone” and “Piloncillo Freestyle”—feature smartphone photography, too.

I’m getting criticism
for this life that I’m living
You should spend more time with the message,
and less with rhymes you’ve written.
You shouldn’t be a rapper,
get out the studio
They don’t understand
that music makes the revolution grow.

Xiuhtezcatl released his first album in 2018, collaborated with Jaden Smith on a single, and will release a mixtape and album later this summer that fuses climate change with trap beats. One YouTube fan commented on a recent music video:

“So this dude is like an environmental activist? Cool!”

“We saw it at Standing Rock,” he says. “Because of mobile technology—because of social media—people were hearing about it in every corner of the world.”

Standing Rock was a youth and social media–driven protest to stop the construction of a pipeline across sacred ground in the Dakotas. Now, they’re using social media to share photos of fracking fields that threaten poor communities, as well as share photos of families and children being held at the border while trying to escape extreme weather events in Mexico. Most people don’t associate those images with the climate fight, but Xiuhtezcatl does.

Increasing studies out of Mexico and Colorado University have linked migration from Mexico to drought and extreme weather events, Xiuhtezcatl says. One study predicts that 10% of Mexicans ages 15–65 could move north because of the climate crisis. 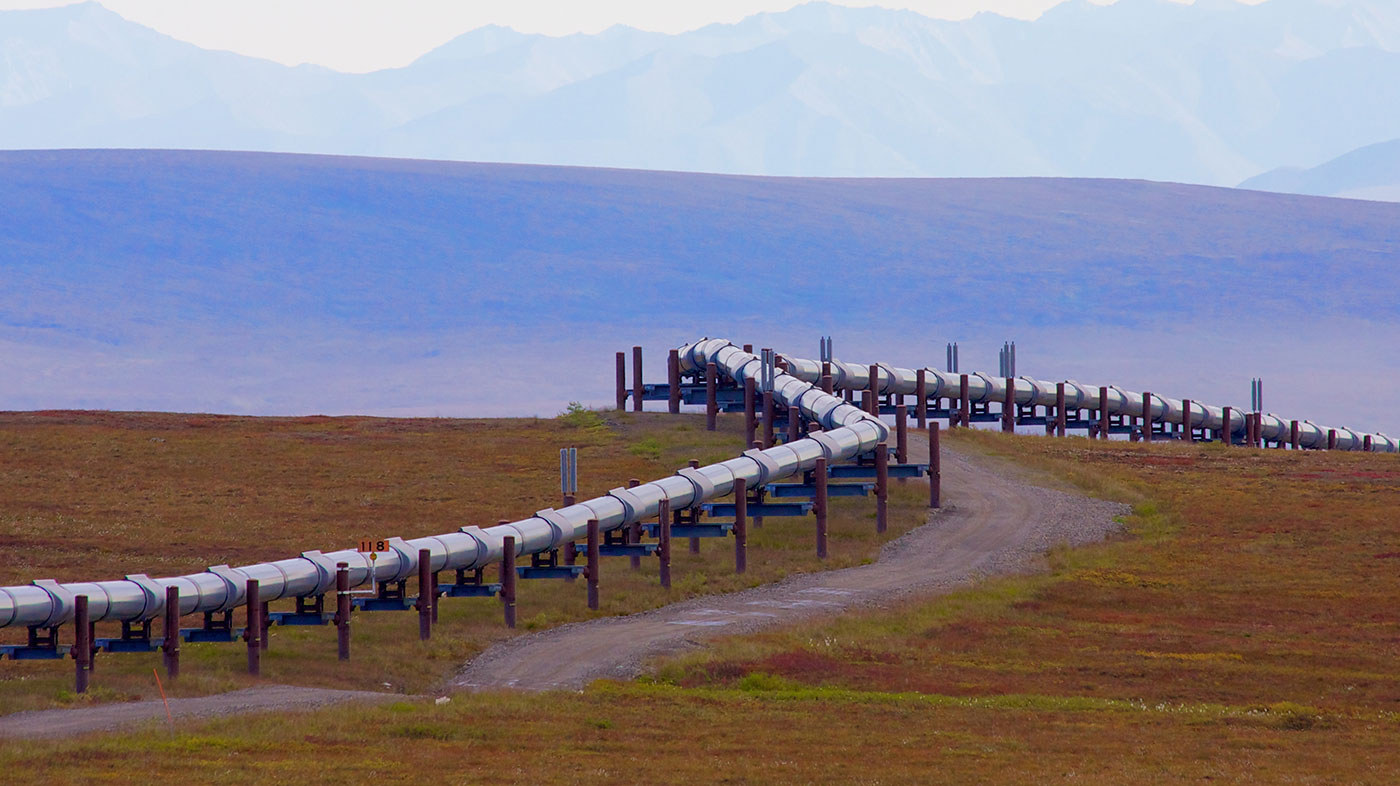 A youth- and social media–driven protest at Standing Rock was organized to stop the construction of a pipeline across sacred ground in the Dakotas. 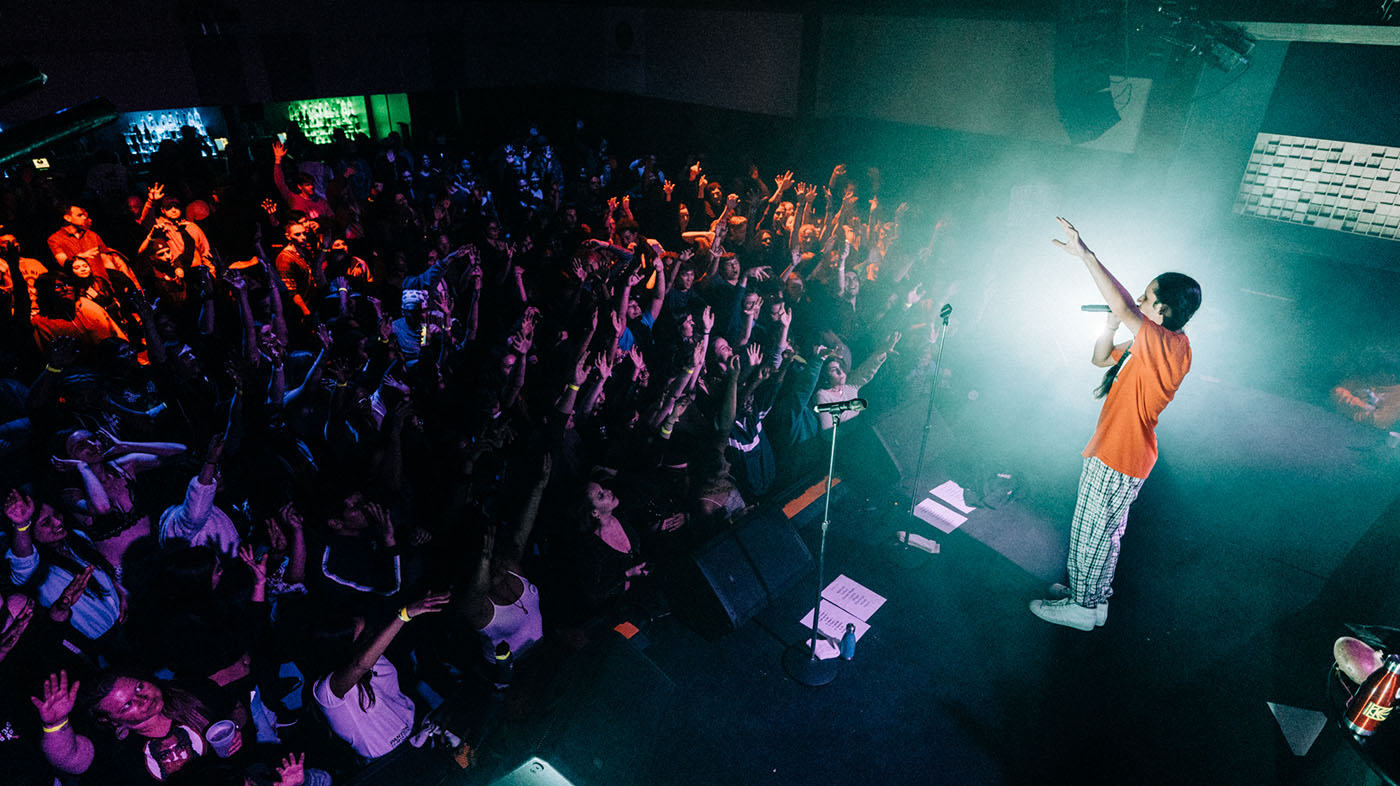 The revolution will be hashtagged.

Last year, Xiuhtezcatl worked on one of the most impactful projects of his life, he says. The Indigenous Youth Leadership training camp brought together 30 young leaders from across the country to gather on sacred land, to learn about environmental justice, and to be out on the land and in the water. During the COVID-19 pandemic, the group got together online and found new ways to connect.

“I’ve done lessons to learn my traditional language on a video call with my cousin in Mexico, who I usually don’t even talk to that much on a regular basis,” says Xiuhtezcatl. “This moment is really demonstrating how young people are being creative with the ways we fight for social issues and maintain hope.”

The next five to 10 years will determine everything.

When asked what he wished to see in the next 20 years, Xiuhtezcatl replies, “I wish we had that long.”

Mounting scientific evidence shows that the earth’s temperature is rising and is expected to trigger a domino effect of natural disasters. Like Hurricane Katrina in 2015, these disasters have historically had the greatest impact on poorer, Black and Brown communities, Xiuhtezcatl says.

“We need strong leadership that is willing to defy what a lot of politicians are claiming as politically impossible,” says Xiuhtezcatl. “So, in the next 20 years, I pray to see the work be done by people, by politicians and by corporations to dismantle these harmful systems that threaten our survival, and to invest in the prosperity of our future. We can build a thriving, healthy, prosperous economy. It’s so possible. We have an opportunity here not just to stop the climate crisis, but to radically transform our communities and the way our government and our world interacts internally and externally, and I’m excited about that.”

Verizon pledges to be carbon neutral in our operations by 2035, reducing emissions, investing in renewable energy and purchasing carbon offsets. Learn more about our new responsible business plan to drive economic, environmental and social advancement with Citizen Verizon.

Know someone who’s creating positive impact using technology and connectivity? Send us a message at story.inquiry@verizon.com. They could be next in our story series. 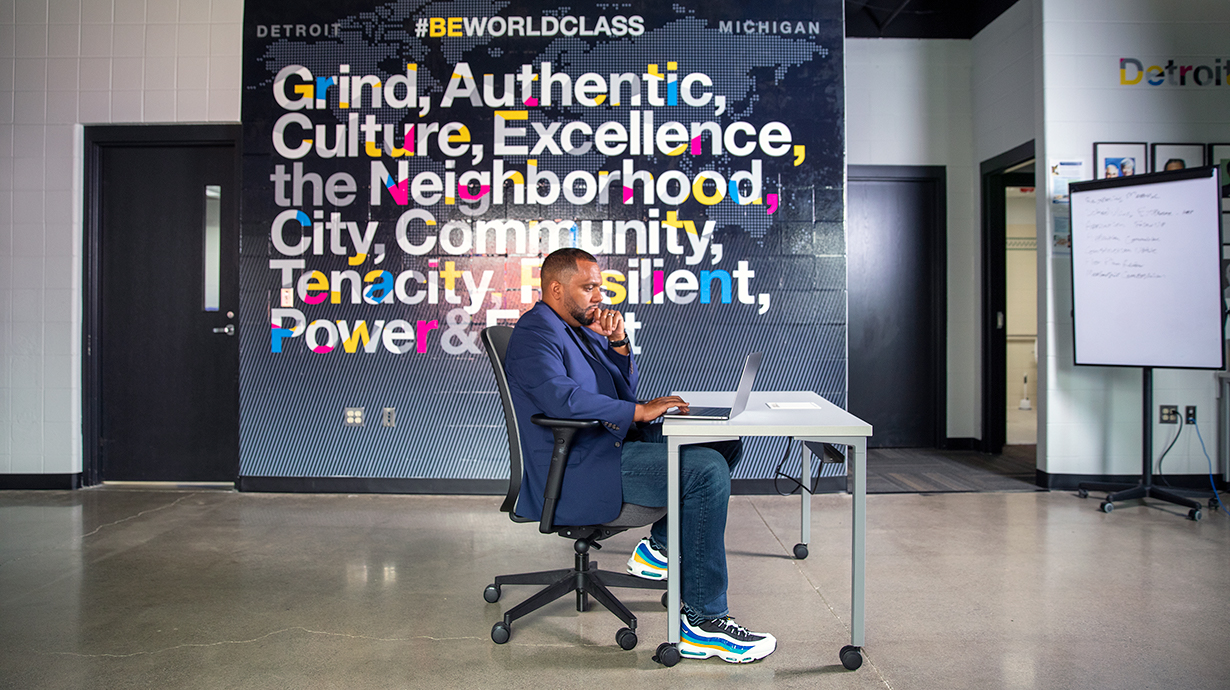 Connect to overcome: Going virtual with Black youth in need
07/30/2020
As crisis after crisis strikes his Detroit community, Shawn Wilson fights back with a powerful message, live-streamed right into kids’ homes. 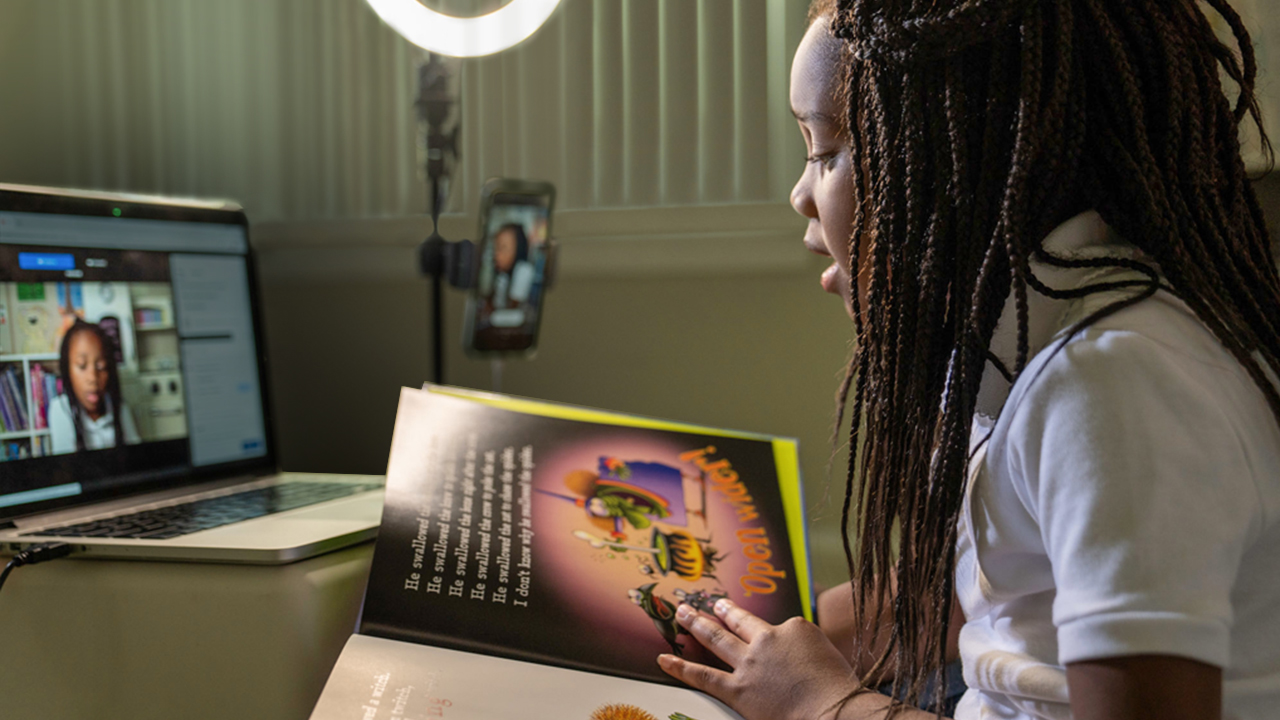