The case for digital license plates for drones

How air traffic control for drones unlocks the power of 5G 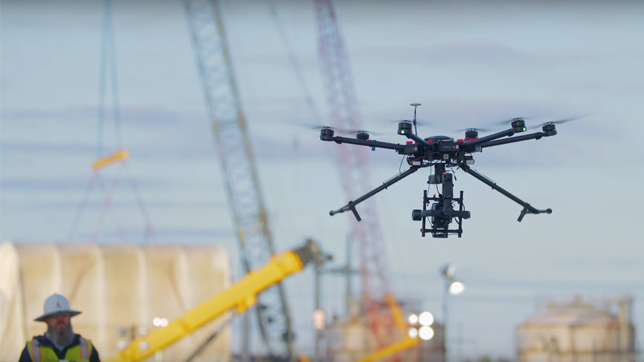 This time, Hitchcock and UAS Pilots from Alabama Power and Georgia Power did something different. Together, they used drones to pull 72,000 feet of rope for conductor wire, saving weeks of time and an estimated $5.3 million. “Simply put, UAS got the lights on months faster,” Hitchcock said. “The traditional method for repairing downed wires was to shoot a pilot rope over a tower with a potato gun.”

Hitchcock is the chief UAS pilot at Southern Company, one of the largest public utilities in the United States, with over 9 million customers across 19 states. He is also one of more than 100,000 drone pilots who have obtained federal drone certification since the United States legalized drones for commercial use in 2016. Southern Company is part of a vanguard – one of the 10% of medium and large companies that have adopted drones to operate more safely and efficiently.

“Drones have changed the energy landscape in a way that I didn't foresee when we first started using the aircraft around the company,” said Hitchcock, who runs drone standardization and operations for the company. “Initially, I thought that we were just going to do utility inspections on vertical infrastructure, and that was it. I quickly found out that construction, mapping, and coal pile analysis were other practical uses.”

Without a system for universal air traffic management, companies and utilities can’t safely deploy autonomous drones, even if they are connected to 5G.

But even for a company as forward-thinking as Southern Company, drones today are still one of many tools to get the job done – a cheaper, faster, safer and definitely cooler way to accomplish the same old tasks. 5G will change that.

Verizon 5G Ultra Wideband offers a huge advantage for drones because of its low latency and high bandwidth, two foundational elements required for autonomous drone flights; it will allow us to deploy right from the office and send back data and insights in real-time.

For Corey Hitchcock, 5G will be a gamechanger:  Instead of sending one drone and one operator out for each job, he’ll be able to deploy hundreds or even thousands of drones to inspect points all along Southern Company’s 27,000 miles of transmission lines and receive a near instant report of problem spots–as often as necessary.

There’s just one problem. Without a system for universal air traffic management – which would allow air traffic controllers and law enforcement to understand where drones are flying and for what purpose – utilities, telecommunications companies, engineering firms, and freight carriers can’t safely deploy autonomous drones, even if they are connected to 5G.

Last September, I testified before the House Subcommittee on Aviation to help our representatives understand the technical and regulatory updates we need to realize the transformational power of drones. Part of the solution is a requirement for something called remote identification – a “digital license plate” for drones – whether flown for fun or commercially. Remote ID for drones would allow air traffic regulators and law enforcement to identify the pilot or operator of a drone that isn’t complying with regulations.

As a concept, remote ID is like the actual license plates that law enforcement use to identify the owner of a motor vehicle, but it’s most similar to the IP addresses that identify us when we connect to the Internet.

Congress agreed, and in January the FAA began the process of creating a pilot program with industry partners to test remote ID technologies. The FAA expects to announce remote ID rules later this year.

Universal air traffic management will allow for remote deployments on the network and for drone operations beyond visual line of sight – that’s when we’ll start seeing things like package delivery.

National security and maintaining safe airspace are important, but a requirement for remote ID will have other benefits, too.

Consistent standards for remote identification, deconfliction, and communication will also allow aircraft and software to understand where other aircraft are and how to avoid each other. Achieving a universal system for air traffic management will allow for remote deployments on the network and for drone operations beyond visual line of sight – that’s when we’ll start seeing things like package delivery.

That’s also when Corey Hitchcock will be able to deploy hundreds of drones at once to check up on all 27,000 miles of Southern Company’s transmission lines and receive status reports in a matter of minutes.

Hitchcock sees even more benefits from applying this technology. “The future of drone operations at Southern Company involves 5G-connected aircraft that we can command and control from anywhere and eliminate the need for manned pilots to fly in dangerous environments.” 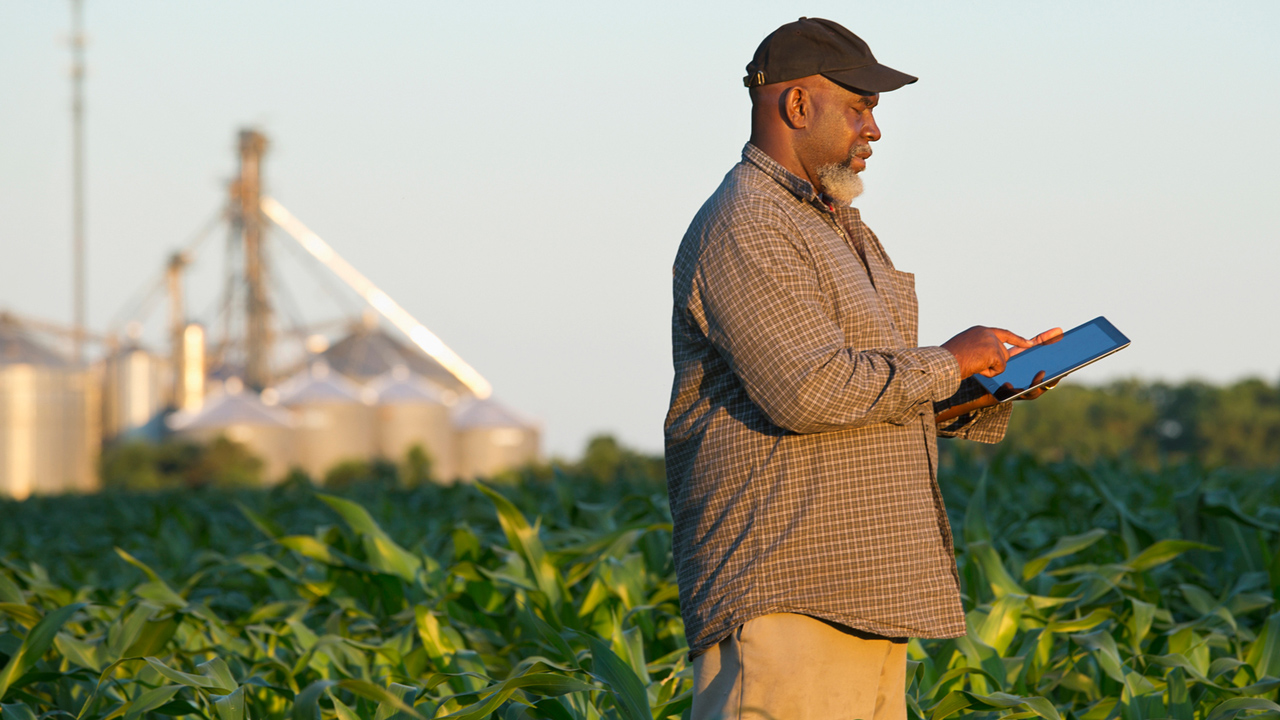 Robots, drones and sensors are changing the way we farm
03/08/2019
Across the farming industry, tech innovations such as autonomous tractors, remote monitoring and crop-watering drones are revolutionizing the way agriculture is done. 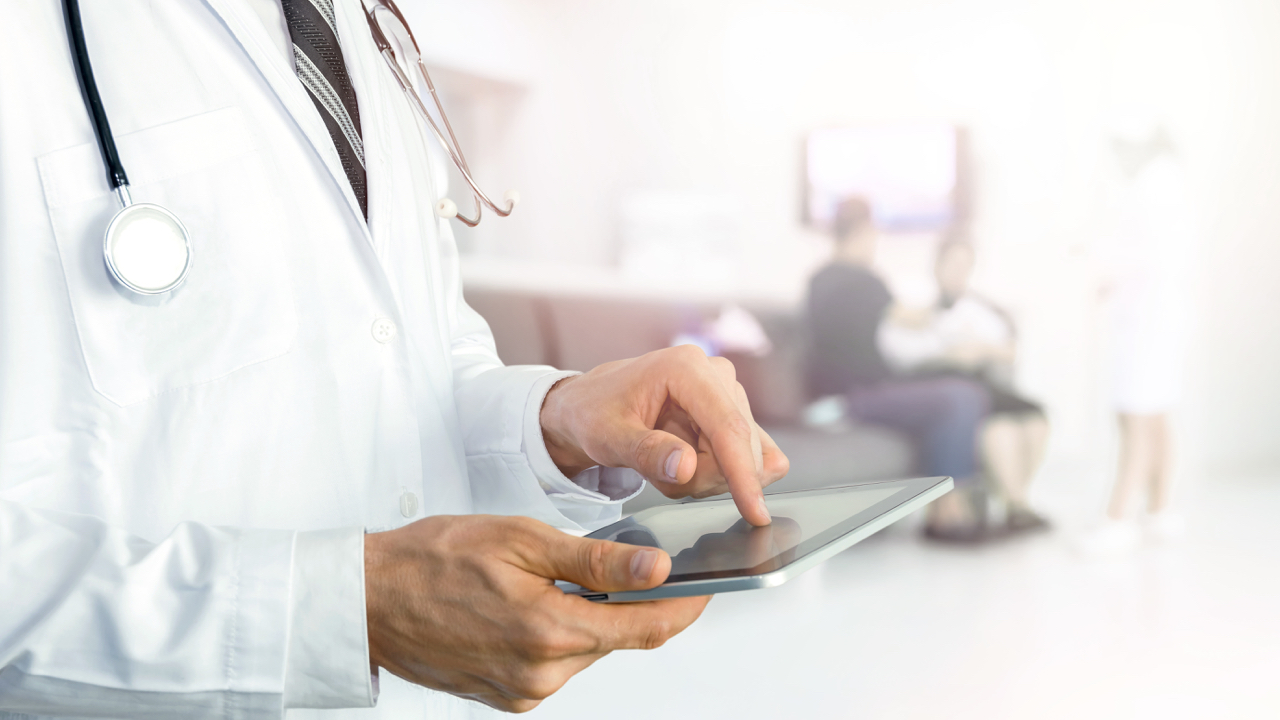 Latency: What it is and why it matters to the next generation of technological advancement
02/07/2019
For telesurgery and other latency-critical services, 5G networks may be the difference between potential and reality.
Services & Solutions
Support
Network Technologies
Innovation
Follow Verizon News
Follow Inside Verizon
Follow Verizon Careers
Follow Customer Support
Follow VerizonGreen
© 2022 Verizon