Improved technology in cars on the road today can do a lot to help young drivers, but it can’t replace what teens learn by driving with you. 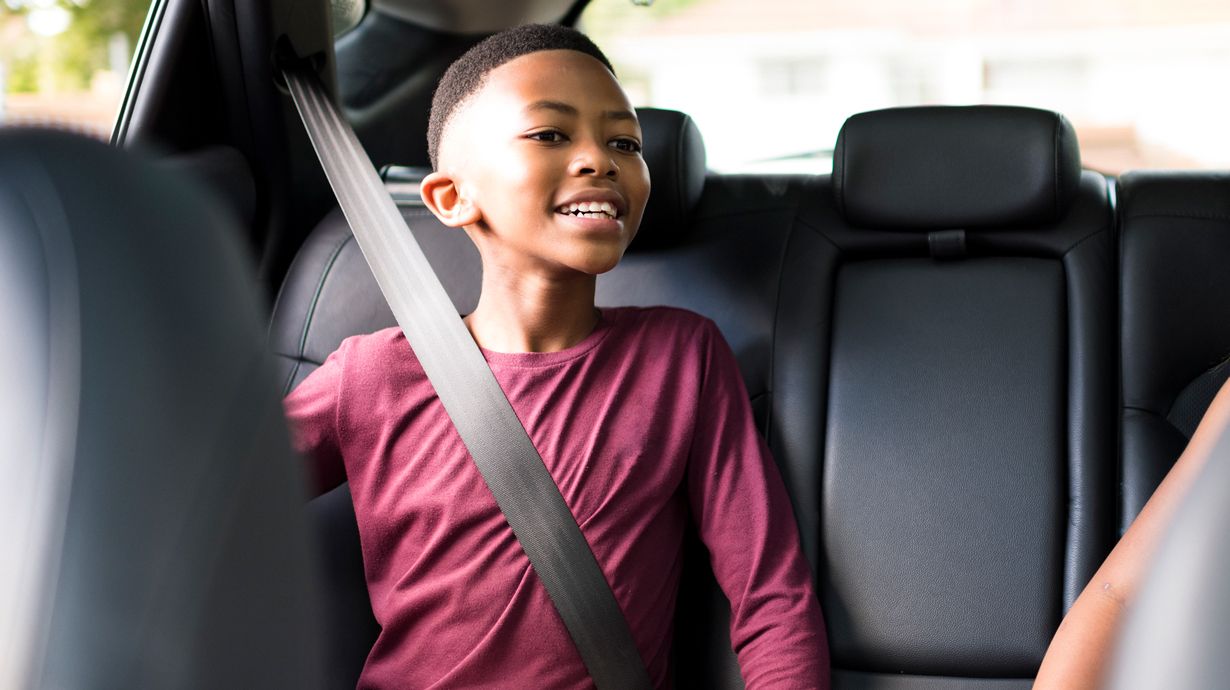 Raising safe teen drivers starts long before your kid ever gets a driver’s permit. By the time a teen turns 15, they’ve already developed many driving habits by watching primary caregivers, says William E. Van Tassel, Ph.D., manager for Driver Training Programs for AAA. So when does a driver’s education for a kid begin?

As National Teen Driver Safety Week is October 17 – 23, now is the perfect time for a reminder that new and improved technology in today’s cars can’t replace the time licensed adults spend with teens talking and driving together, Van Tassel says. Most states require teen drivers with a permit to spend between 30 to 100 hours in the car with a licensed driver.

“Thirty to 40 hours together learning with a permit is a long time,” he adds.

Ideally, these conversations will bring the parent and teen closer, Van Tassel says. Below, he shares some conversation starters that parents and caregivers can have at each stage of learning, whether the teen is still riding on the passenger side or driving on their own.

Before driver’s ed: Spot-check your own habits.

It all starts here. Parents and caregivers should spot-check their own driving habits to make sure kids are picking up the right ones.

Are you tailgating? Always give yourself and the other drivers around you lots of space.

Are you speeding? Driving 5 mph over the speed limit is a pretty common practice, but it’s not a good one. “If that’s a habit for a parent, it will be for the kids too,” Van Tassel says.

Are you distracted? Caregivers and parents might be tempted to use their phone or fiddle with the stereo system. “You’re better off just focusing on the road,” Van Tassel says.

Do you know the two-second rule? Don’t look away from the road for two seconds or longer, or your chance of crashing doubles.

Age 13: Before the permit

Create some realistic and safety-based expectations early around what kind of access they’ll have to a vehicle. “Some teens believe they’ll get their own car if they get a license,” Van Tassel says. “Help your teen drivers get used to the idea of sharing the car.”

“The old-school thought was to put the teen in the old family car,” he says. “Safety features in newer cars are very effective, and teen drivers tend to benefit most from those newer vehicle technologies, such as adaptive cruise control, lane maintenance and fatigue warning systems.”

At this age, parents should look for indications of maturity in teens to show they’re ready to drive. While there’s no hard-and-fast rule about when a teen is ready, “sometimes it’s just a subjective call for the parents,” Van Tassel says.

Signs to tell you when your teen is ready for the responsibility:

Grades. Overcoming academic troubles or challenges in school, or getting better grades, can suggest that teens are ready to be behind the wheel.

“If the car is moving, the teen should be driving,” Van Tassel says, urging caregivers to spend as much as time as possible with the kid behind the wheel. That includes all types of driving conditions: in the rain, at night, on the highway and on back roads.

Consider the following tips to ensure a teen is progressing:

Ask them: “How do you think that went?” On longer drives, don’t let them drive for an hour straight. Make them take a break halfway through. Then ask them how it went. Listen for when they realize they’ve made a mistake. If they didn’t see something, like a car they almost hit, parents may be able to offer additional guidance.

Take a different route each time. “The more different roads and routes, the better,” Van Tassel says. “And most crashes involving teen drivers occur at night, so it’s better to get that kind of driving experience while parents are on board.”

Talk from your own experience. When a caregiver is in the passenger seat, it’s better to coach teen drivers about good driving wisdom than to correct them about the mechanics of the drive.

“Act not as a driving instructor but as a coach,” Van Tassel says. “Share what’s worked for you over your driving career.”

“I find it really helpful to look through the window of the car in front of me, to see what the car ahead of them is doing in case I need to respond.”

“I try to turn my head before I turn the steering wheel.”

There should be a conversation happening every time the teen drives. For example, the parent should approve every trip, and there should be check-ins when they leave and when they arrive.

One great tool is a written agreement between the caregiver and the teen that lays out the conditions under which the teens are allowed to drive. “Driving is perhaps the first true adult activity the teen participates in, and they need to take it seriously,” Van Tassel says. Everyone should agree to the rules of the road and, if possible, post the signed agreement where everyone can see it, such as the kitchen fridge.

Being on the road has changed a lot since many parents first left home and started driving on their own. There are more vehicles with a range of technologies, such as driver safety sensors, on board.

Before teens head off to college, or somewhere else on their own, discuss the peer pressures they will probably face. “Focus on their job of getting safely from A to B,” Van Tassel says. That includes reminding older teen drivers to do the following:

Get enough sleep. This age group still needs to be encouraged to get enough sleep from a safety point of view, about 9 to 9.5 hours of sleep per night.

Never drive while impaired. Living away from home means accessing alcohol and other drugs can be easier, so the hard rules should continue throughout college about sober driving. Also, remind teens that there are more options available today for things like ride-sharing services.

Give the drivers around you more room. Teens’ reflexes are good, but not good enough. Develop the habit of staying far back.

Manage speed. Driving too fast generally is dangerous. Specifically, driving too fast into curves can make the car go to the side of the road, where the terrain is often softer. That’s where the tires can lose grip and the car might roll over.

Embrace new technologies that help teens become better drivers, but recognize that they can’t replace the conversations, hands-on experience and time parents can spend with their kids for the long road ahead.

Check out the new features for teen drivers in Smart Family. 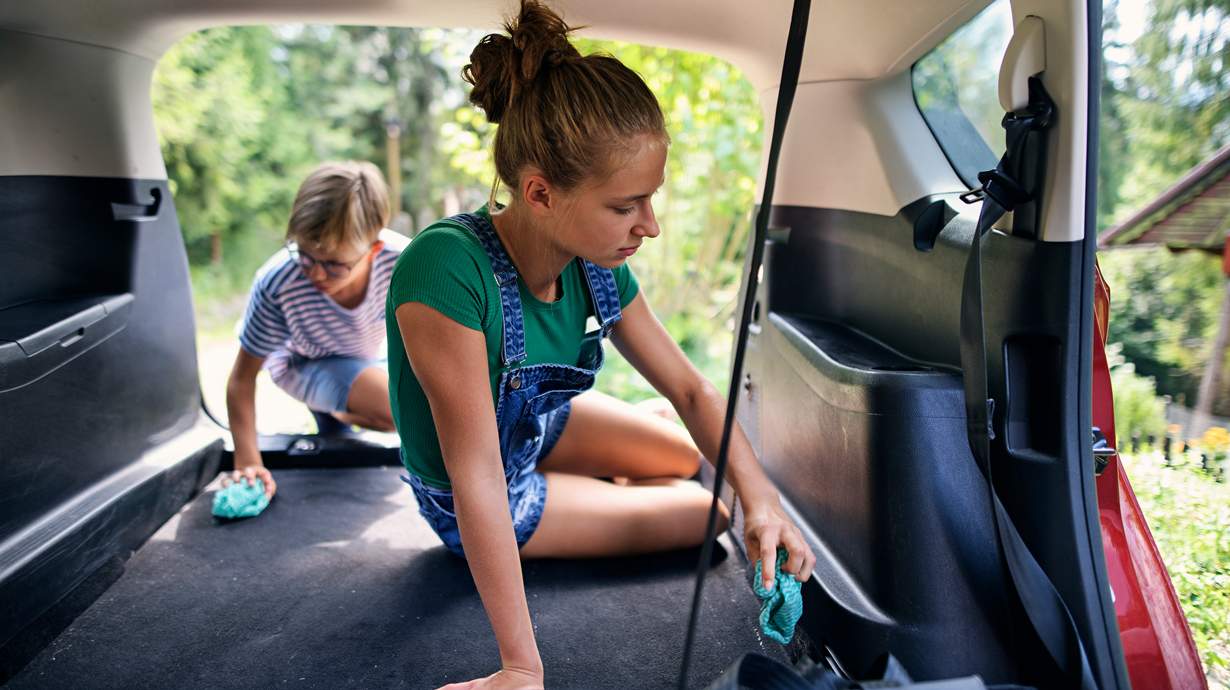 How to manage chores and allowance in the digital age
09.29.2021
How parents are using tech to motivate kids — and what caregivers need to know before making it a part of the daily, digital routine. 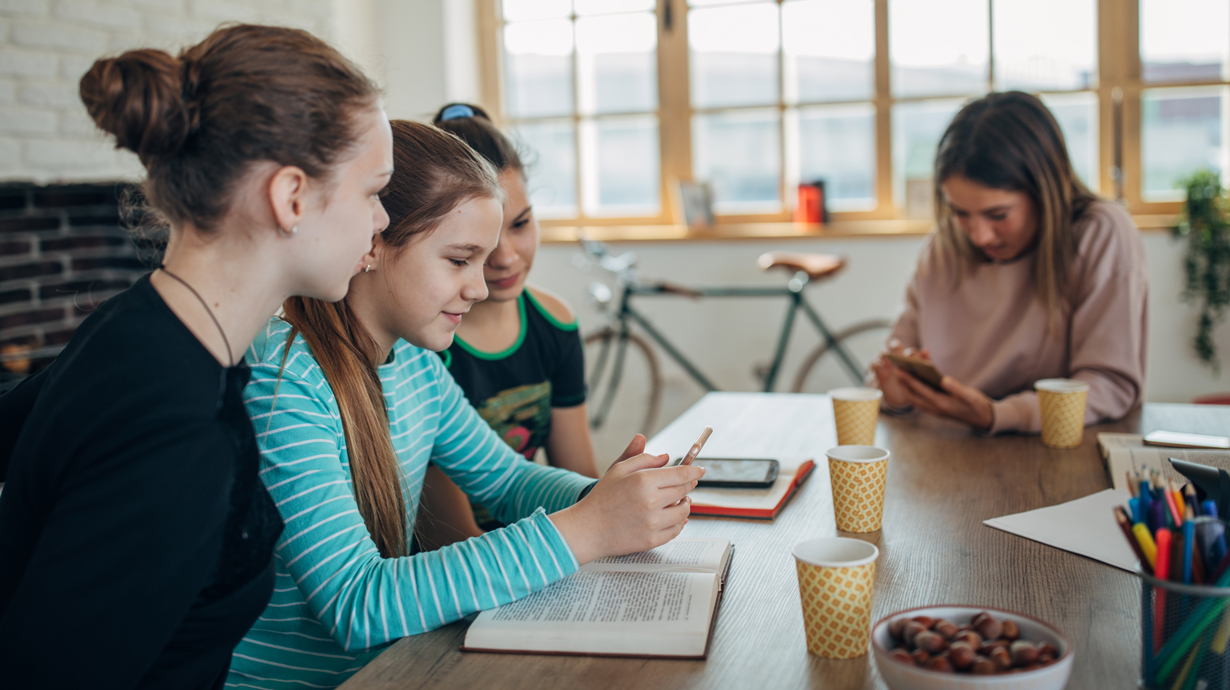