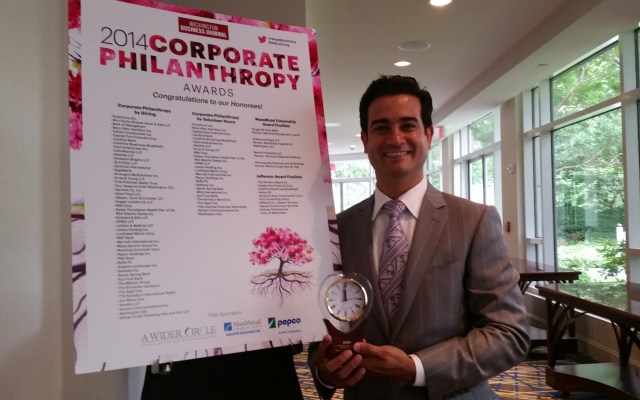 With so many people in need today, you might wonder how your donation – be it large or small, of time and/or money – really makes a difference. Well, every little bit helps. And, at the Washington Business Journal’s 2014 Corporate Philanthropy Awards breakfast on June 19 at the Hilton McLean Tysons Corner, a jam-packed room of D.C.-area residents and businesses learned just how giving back to the community has positively impacted the lives of so many people – old and young alike.

According to Wikipedia, philanthropy sometimes overlaps with charity, though not all charity is philanthropy, or vice versa. The difference is that charity relieves the pains of social problems, whereas philanthropy attempts to solve those problems at their root causes (e.g., the difference between giving a hungry man a fish and teaching him how to fish for himself). A person or business practicing philanthropy is called a philanthropist.

According to the WBJ, Washington-area businesses gave nearly $113 million in support to nonprofits in 2013 – up from $94 million the year before. And 25 businesses donated over $576,000 worth of volunteer hours in the region.

Verizon believes in sharing its success with the communities where its employees live and work. In the D.C. area, that translates to 52,480 hours volunteered by employees and $10.75 million in local giving. Verizon ranked Number 4 of 50 top corporate philanthropists for its monetary giving, and Number 4 of 25 for its employee volunteer hours.

That’s impactful, and it’s a great example of the public-private partnerships that keep our nation’s capital running strong. 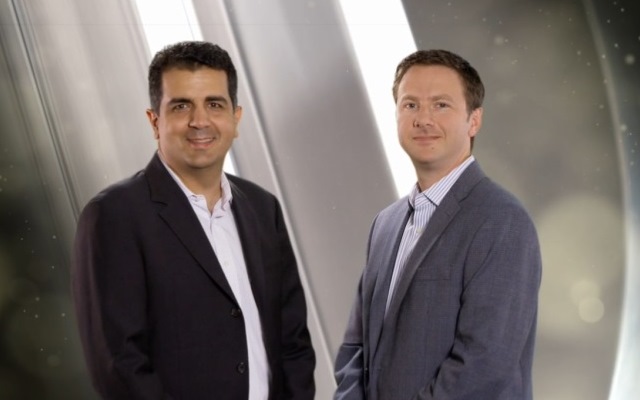 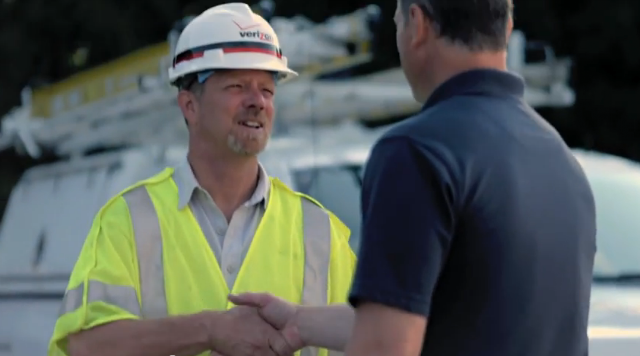