7 AR and VR inventions that help first responders save lives 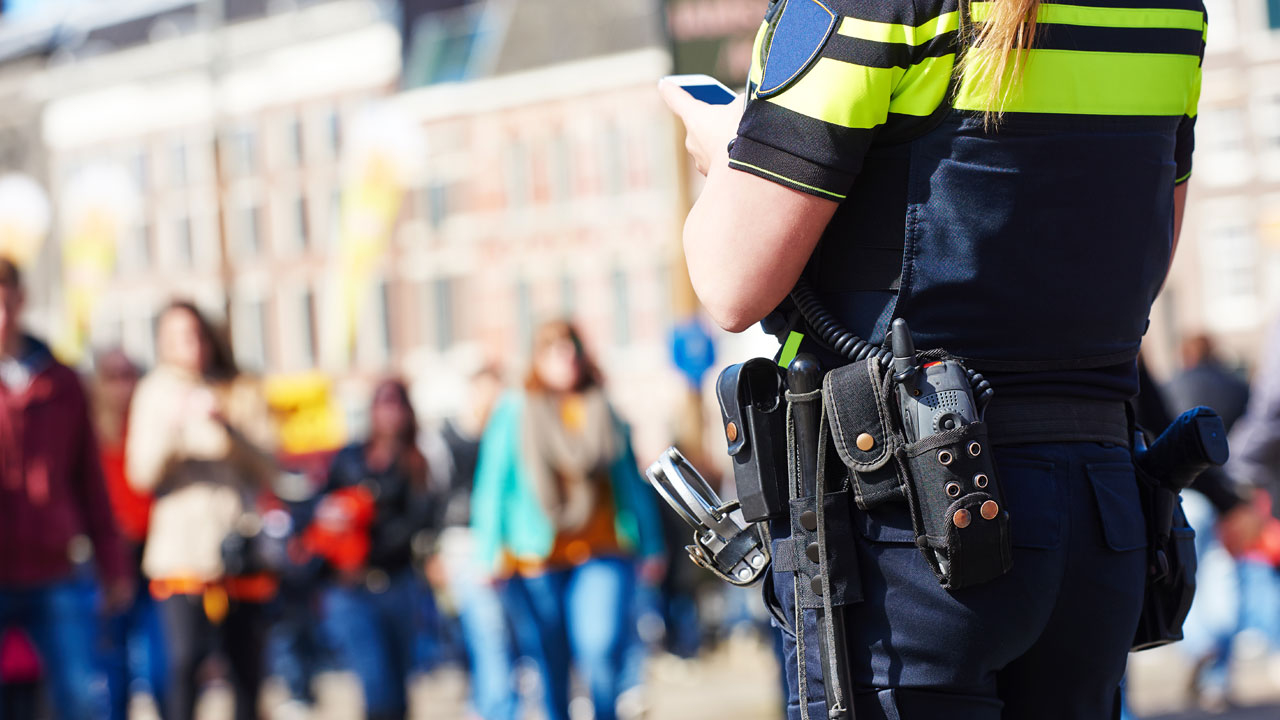 Virtual and augmented reality often conjure up visions of zoned-out gamers walking around in Oculus headsets or playing Pokèmon Go on their phones. But AR and VR can now be life savers. Emergency workers are utilizing the technology to respond to deadly scenarios such as car accidents, natural disasters and terrorist attacks.

Roham Rahmanian, partner at the The Astronauts Guild production company, says that while simulated drills can help a first responder, virtual reality and mixed reality enable the user to have experiences much closer to reality.

“To be able to give experience to a first responder using VR or MR, without putting them in danger, can be a great psychological and emotional aid,” says Rahmanian, who has worked on training experiences for the LA County Sheriff’s Department.

“They’re learning without going through the psychological repercussions.”

“If you mess up on your first patient or your first fire, it can be a devastating, life-changing event. But if you make your first mistake in a VR or AR helmet, that’s something you can learn from and move forward from, explains Rahmanian. “And when you face that same situation in real life, you can walk away, and maybe walk away with a smile on your face.”

Kip Kokinakis, who advises on visual systems for ImagizeLLC, expects potential VR and AR applications for firefighters, EMTs and police to grow. “Technology is reaching the point where connectivity, FOV (Field of Vision) and visual acuity needs can be met,” he says. However, finding easy-to-use hardware that’s good in any ambient condition is still a challenge.

Here are some of the latest use cases for VR and AR helping first responders:

Most of the people who work in the airline industry will never have to weather a plane crash or terrorist attack. But if a disaster happens, realistic preparation can save countless lives.

Using a virtual reality system developed by EON Reality, first responders at Norway’s Sola Airport are able to practice emergency procedures on a digital facsimile of the airport. Not only are the personnel able to train for realistic disaster scenarios, the rescue missions are recorded and reviewed by the team to look for ways to improve the effectiveness of the response.

Trying to rationally respond to a terrorist attack seems almost impossible, particularly if the perpetrators are acting irrationally, but practice can help. The European company AUGGMED developed a game-based VR/AR platform to enable the military and emergency services to practice responding to terrorist and organized crime threats.

Recently in Greece, officers with the Piraeus Port Authority used AUGGMED to walk through the response of a terrorist attack and hostage negotiation in a cruiser ship terminal. Combining augmented reality and virtual reality, on-site trainees in Piraeus worked alongside other remote trainees to respond to the same scenario. Together, they had to assess the nature of the incident, ensure the safety of civilians and neutralize the threat.

Try to grasp all of the risks that occur during a disaster rescue operation. A burning house may torch nearby electric wires. Floodwaters can stop ambulances in their tracks. Tornado winds will easily send trees flying.

4. Bringing the team to a crime scene

Dutch police have been piloting the use of an AR-equipped smartphone system that enables a remote investigator to survey the scene. Multiple departments can watch the investigation and help direct on-site respondents. There is even potential to use a recording of the procedure can even be used in a courtroom to recreate a crime scene for a jury.

In a pitch-black smoke-filled house, lack of visibility can be the difference between falling through a hole in the floor and walking out of the building alive. C-Thru created a headset with a dedicated, mounted high-speed thermal camera. When fitted to a helmet, the C-Thru lens produces an outline of objects, enabling firefighters to look through smoke using augmented reality.

The headset combines input from the thermal imaging camera, with toxicity sensors, noise cancellation, edge detection and an AR display. The headset projects data into a AR display embedded in front of the eyes, helping firefighters get out of fires on average five times faster.

HoloForge and Nomadeec created a gesture-sensing holographic interface that allows an EMT or doctor working in the field to diagnose and treat patients without the need for a touch screen.

The HUD (heads-up display) monitors a patient's vital signs, connecting to a range of devices via Bluetooth, including ECGs, thermometers and ultrasound devices. When a second opinion is needed, the platform can also connect field workers to medical experts via video conference.

7. Police see criminals in a crowd

The AR glasses can display people’s information in real time and also identify citizen fingerprints and verify identity cards. The data captured can be dispatched securely via video transfer to the command center. It’s questionable whether they would be used in many other countries due to ethics around surveillance and facial recognition tech.

Every year, Nokia and Verizon team up to exhibit cutting-edge crisis response technology at the “Operation Convergence Response.” The 2018 exhibition included numerous examples of VR/AR Technology. The event also saw the launch of the 5G First Responder Lab, a first-of-its-kind incubator that will give startups and innovators access to 5G technology to develop 5G solutions for public safety.

Cate Lawrence is a Berlin-based technology journalist who has written about industry and innovation for Sitepoint, ReadWrite and DZone. 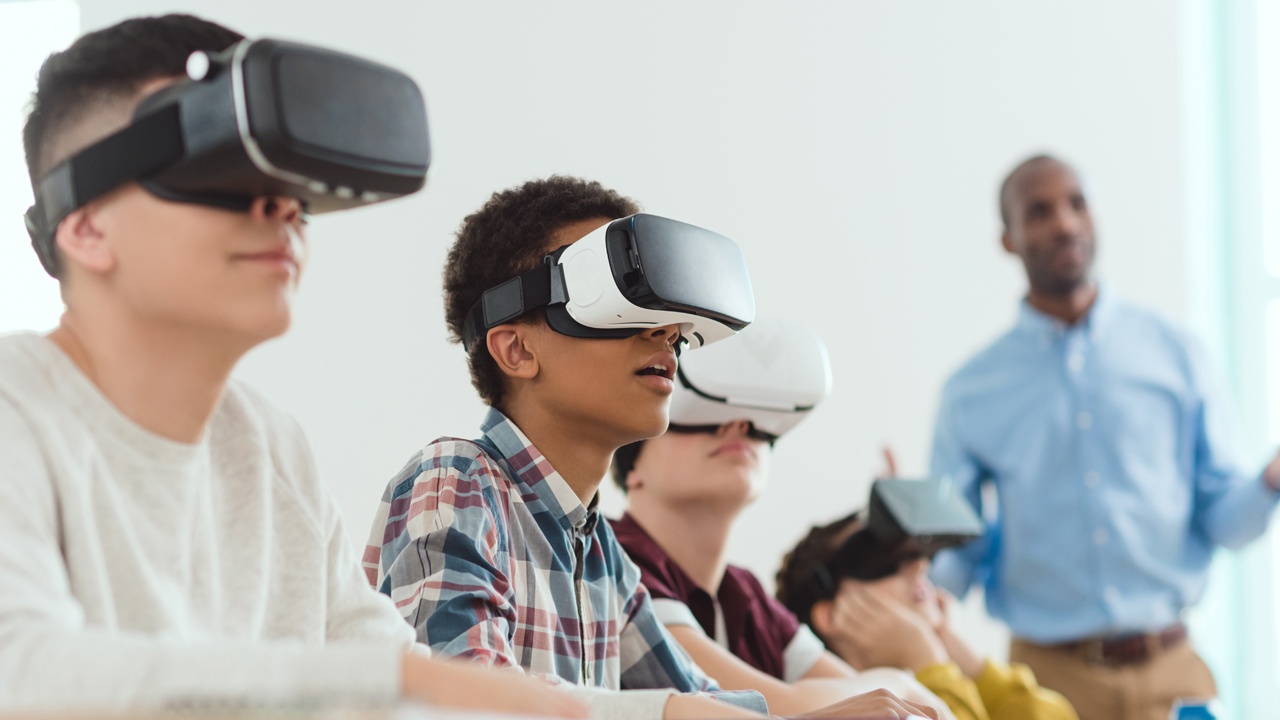