The force is real

Fly drones and turn on lights with your mind. 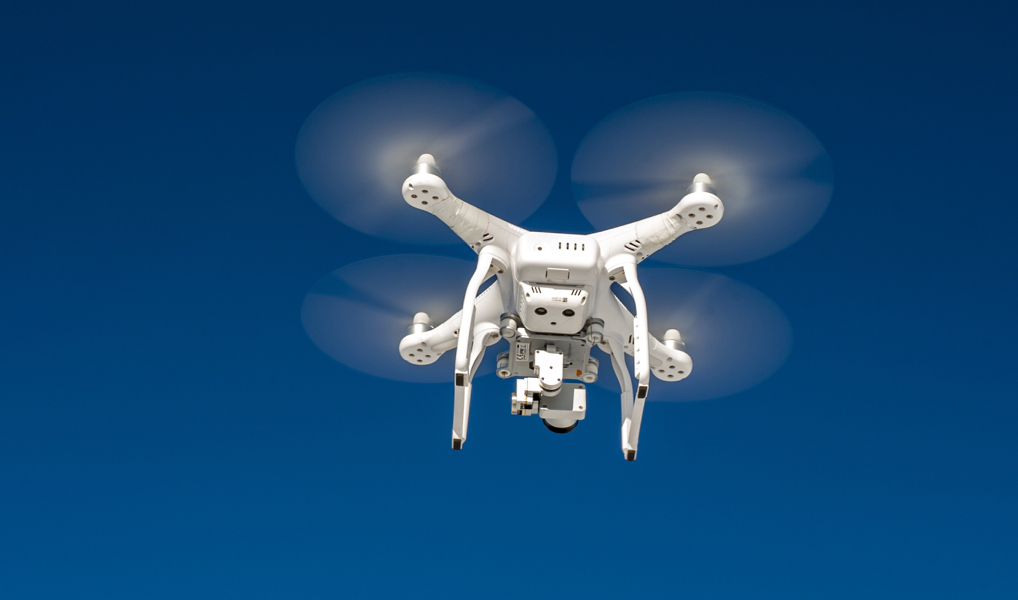 A referee counts down the start: three, two, one, go! Two white quadcopter drones lift off the ground and start flying down the court, hesitant at first then slowly gaining speed.

The sport of brain-controlled drone racing is a new one. If the competitors are breaking a sweat, it’s hard to tell. The two people controlling the racing drones sit behind tables and stare at laptops, brows furrowed. To a fan watching from the sidelines, this sport may look like telekinesis or a Jedi mind trick, but it’s the work of a brain computer interface (BCI).

What makes this mind-over-matter technology possible? A non-invasive headband with a set of electrodes, an electroencephalograph (EEG), rests on top of the user’s head to measure the electro-activity in an individual’s brain. The system then converts the brainwaves into a signal sent to a secondary device, in this case telling each drone to rise up and fly forward.

“I've been saying that this is digitally assisted telekinesis. That’s literally what it is,” says futurist Gray Scott.

To move an object like a drone with your mind, something that Scott has done, usually requires wireless communication between the controller and uncrewed aerial vehicle (UAV). “You get yourself into a meditative state. The more calm your brainwaves are, the higher the drone will lift off the ground,” says Scott.

We’re rapidly approaching a future where a BCI can be used for everyday tasks. Developer Ayush Jain made a video of himself turning a light on and off while wearing a BCI to demonstrate the interface’s potential.

Scott lists off many possible uses for BCI currently being tested: The functionality has been used to control prosthetic arms, computers and musical instruments. He also expects BCI will be used by the military for search and rescue operations.

One of its most exciting verticals of development is in healthcare. For example, CTRL-Labs, a New York start-up, makes a brain-machine interface that a user wears around his or her forearm, similar to a bracelet. The device helps patients with partial paralysis regain control of muscles by tapping into the nervous system and decoding messages sent by individual neurons.

Think you won’t ever need a brainwave controller? BCI has the potential to be used as passwords for our gadgets and devices.

“The biometric future is based off of the brain, not fingerprints, not irises, not voices,” says Scott. “What's likely going to happen is that we'll have to think a really long sentence in our brains and that will be the way we identify ourselves in the digital future,” he continues. It sounds straight out of a science fiction novel, but it’s inching closer to reality.

With any technology, there are always potential risks. Scott urges people to be aware. He emphasizes the importance of users and legislators understanding the ways BCI can be hijacked to ensure the technology remains safe.

If dreams of Jedi powers are percolating in your brain, you’re surprisingly not far off.

Similar to how our smartphones house applications that streamline our lives, BCI has the potential to make our lives more productive, present, and advanced. As Scott says, “We’re just at the edge of this new BCI revolution.”

How brainwaves can control physical objects

Armband allows you to control computers with your brain