Introducing the Samsung Galaxy Note8: Infinite creative inspiration in the palm of your hand 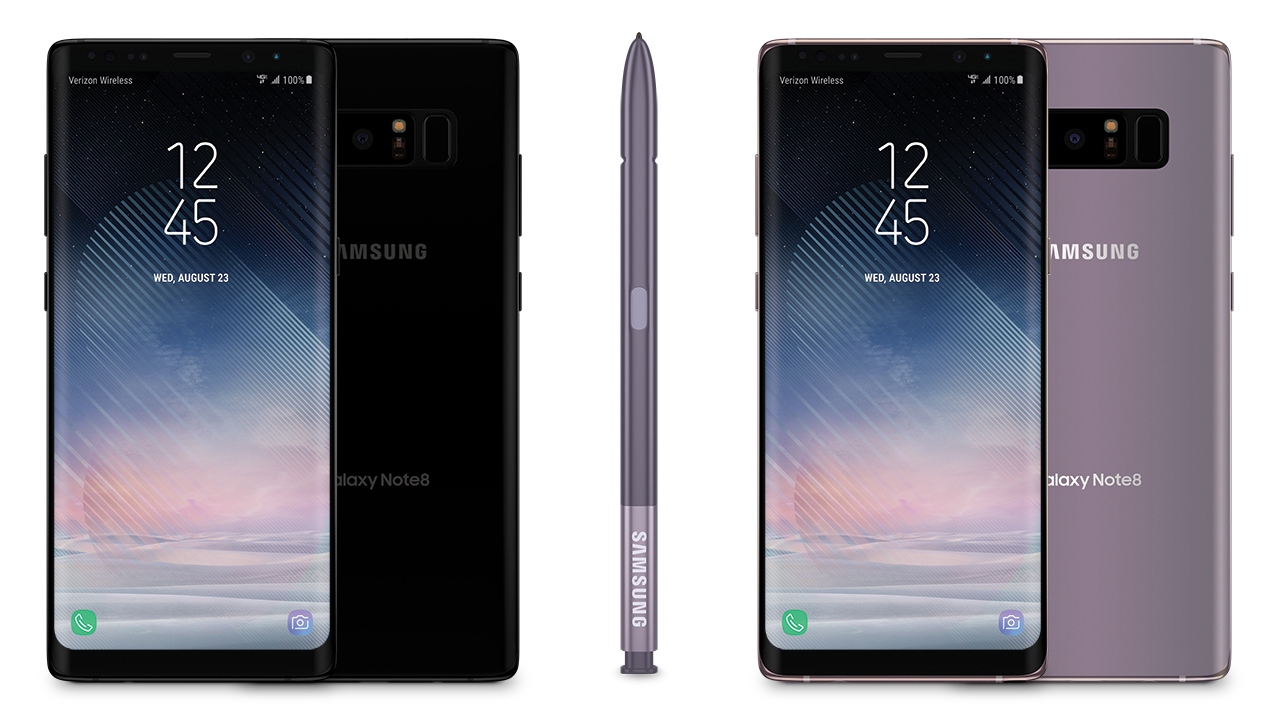 Spark your creativity with the new Samsung Galaxy Note8, available today in all Verizon stores, online and on the My Verizon app. The redesigned Galaxy Note8 takes everything that’s made the Note series a fan favorite for years and bolsters it with Samsung’s gorgeous Infinity Display, an updated S Pen and a redesigned camera system. Order your Samsung Galaxy Note8 from Verizon and save up to 50 percent when you purchase the phone on Verizon device payment and trade in an eligible device*.

“The Samsung Galaxy Note8 is more than just a smartphone – it’s an interactive outlet for creatives, professionals, dreamers and thinkers to easily express themselves in new and innovative ways,” said Brian Higgins, vice president, device marketing, Verizon. “With Verizon, you can instantly share the notes you create with your S Pen and take full advantage of the Note8’s Infinity Display, without ever having to worry about buffering video or spotty connectivity.”

The Galaxy Note8 is also the perfect complement to the new Beyond Unlimited plan. Beyond Unlimited plans give you premium unlimited 4G LTE data, unlimited talk and text, HD-quality streaming, unlimited mobile hotspot (15 GB at 4G LTE speeds), Verizon Up rewards and calling, texting and data in Mexico for $50 per line for four lines, plus taxes and fees†.

The Samsung Infinity Display proves that you can don’t need a big phone to have a big screen. With its 6.3-inch Quad HD+ Super AMOLED screen, the Galaxy Great gives you more viewing space on a smartphone**. Now you can fully immerse yourself in your favorite book, show or work without having to constantly scroll or squint to see the full picture.

The Galaxy Note8 also offers an even better multi-window experience***. Using the new App Pair feature, you can create a custom button on the Edge of the screen that lets you open two apps at once, so you can easily text while surfing the web, take notes while reviewing a webinar or even read a recipe while watching a chef cook the dish on YouTube.

What sets the Samsung Galaxy Note8 apart from other smartphone is the revolutionary S Pen that gives you full control over what you write, draw and interact with your smartphone. The upgraded S Pen has a finer tip, improved pressure sensitivity, and new features, including an improved translation feature that lets you translate entire sentences in more than 30 languages by simply hovering over the foreign text.

A new Live Message feature takes your simple notes and animates them with fun filters, effects and save them as animated GIFs to share on your favorite social network****. What’s more, you can now use Samsung’s Screen-Off Memo capability to jot down quick notes from the lock screen and pin them to the always-on display for easy access to important reminders.

Sharp photos no matter how much you zoom

Galaxy smartphones are known for their phenomenal camera, but Samsung has stepped up its photo game with two 12 megapixel rear cameras with dual optical image stabilization. That means you can take close-up and wide-angle photos without worrying about camera shake and out-of-focus images. With dual-capture mode photo regret is now a thing of the past. You can take two photos – one from each lens – offering you the option to choose whether you want a telephoto or wide-angle view of your subject.

And while bokeh – the cool background blur effect – has become a staple of modern smartphones, Samsung now introduces the Live Focus feature. This lets you adjust the amount of blur in the photo; similar to a fancy DSLR camera, but now you can do it even after you take the photo. The best part is that you don’t need to know your shutter speed or what an aperture is to create gallery-worthy portrait.

The Galaxy Note8 also includes the latest smartphone features, including:

The Samsung Galaxy Note8 will take full advantage of the most advanced 4G LTE technology later this year when Verizon launches its Gigabit Class LTE service, giving you access to peak speeds far exceeding most phones in the market today******. Transfer movies, photos and large files in no time with some of the fastest possible data speeds so you can spend more time watching what you love and less time waiting for it to download.

Order your Samsung Galaxy Note8 on Verizon in Midnight Black and Orchid Grey starting at $40 a month for 24 months on Verizon device payment ($960 retail; 0% APR).

Get your new Galaxy Note8 on Verizon and take advantage of some great deals including up to 50 percent off with eligible trade-in*. Better still, get a free 128 GB Memory Card and Fast Charge Wireless Charging Convertible (valued at $189.98) or Gear 360 camera (valued at $229.99) with your purchase, while supplies last*******. Also, get $100 off of the Samsung Gear S3 with a new two-year activation ($249.99 after discount) with the purchase of the Galaxy Note8 or the Samsung Galaxy S8/S8+. Additionally, you can save $50 on the Samsung Power Bundle which includes the Wireless Charging Stand, Portable Power Pack and car charger for just $99.99 (was $149.99).

Note8 will also be compatible with the new Gear VR with Controller, which will be available online and in Verizon stores starting on September 15 for $129.99.

**** GIFs created may not be supported by some social media and messaging services depending on the size and length of GIFs.

***** Water resistant in up to 5 feet of water for up to 30 minutes; rinse residue/dry after wet.

******Available later this year; when operating on a “Gigabit Class LTE” wireless network; not available in all areas.