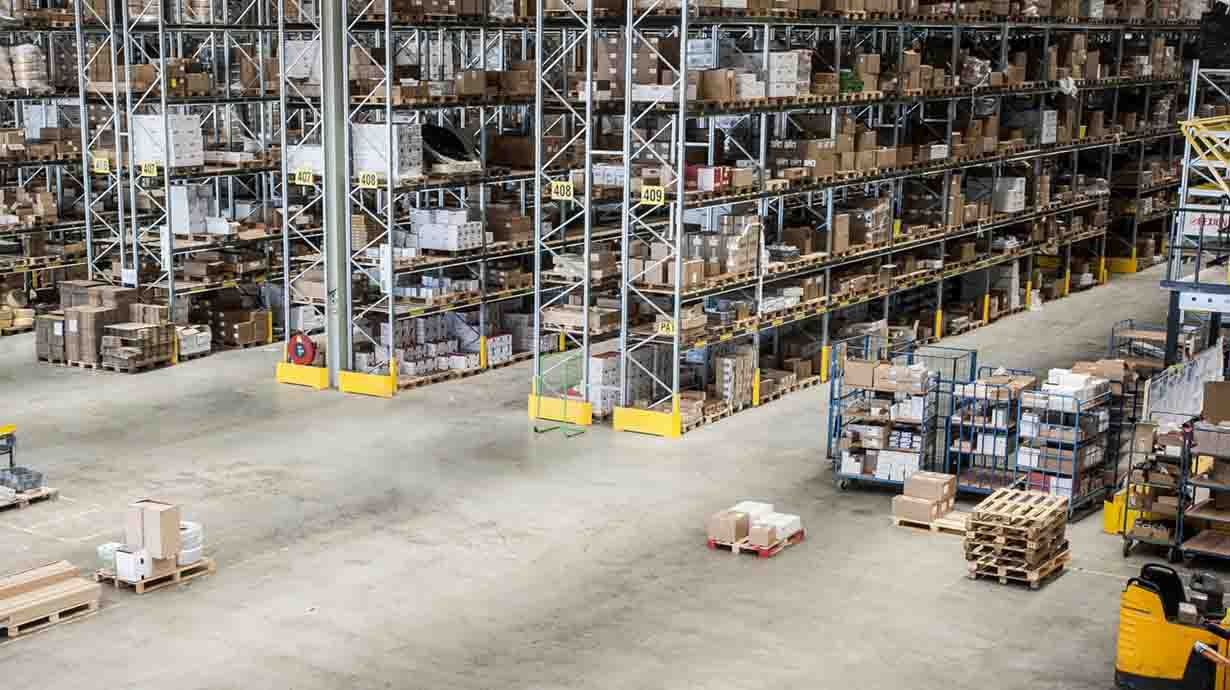 More than 109 billion parcels were delivered in 2019 globally, a number that’s only expected to grow in the near future.1 So it’s no surprise that parcel delivery is an exciting potential use case for drones, as we’ve mentioned before. What does that future have to do with the technologies Verizon is developing today? Let’s find out.

A future not so far away

Imagine a future in which you order an item online, and a drone lowers it from the sky less than an hour later. How would drone delivery be possible? After you click “Buy,” a number of software systems verify payment, subtract the item from inventory and send the order to fulfillment. Today, many of these systems are already automated, but not all of them. Often, humans have to help with various steps in different software systems.

At the end of these steps, the order arrives at a fulfillment center. Deep within that warehouse, an autonomous mobile robot (AMR) receives a command. Off it goes to retrieve your item, delivering it to human coworkers to pick the item, assemble your package and ensure that the order is correct. Working together, autonomous mobile robots, humans and software pick, pack and label your parcel. Then it slowly ascends on a conveyor belt through the warehouse ceiling.

Beyond that ceiling is a drone hangar. A drone lifts off, hovers over the conveyor belt, snatches your package and softly hums out the hangar door. The drone navigates past others of its kind and past telephone poles or other obstacles and gently sets your package down on your front walk or balcony.

Putting compute power in reach of the robots

Why is it important for delivering your parcels? Because MEC can help power both autonomous robots (as we’ll show later) and something called robotic process automation (RPA). While RPA sounds similar, it in fact describes using software-based “robots” to complete tasks that would require valuable time from workers. For example, processing orders, checking inventories and preparing shipping instructions could all be automated, freeing humans to help more customers or do more creative work.

Many of the actions that occur within a supply chain or order fulfillment process can increasingly be done by RPA. According to Gartner, 80% of organizations in finance have already implemented RPA or are considering doing so.2 Logistics companies have been slower to adopt RPA, but that is likely to change soon.3

While many RPA instances today operate without MEC, to be effective, RPA must have access to significant compute resources. And while RPA operates in the world of software, in the context of fulfillment those software systems will interact with autonomous robots and other fast-moving systems, meaning RPA too will need to react quickly. RPA systems will benefit from having compute at the edge of the network—not at distant cloud data centers.

Clearly, autonomous mobile robots could also benefit from MEC—which is why Verizon announced its intent to acquire incubed IT, a fleet management platform for AMRs. With MEC, data-intensive processes are moved to the mobile edge, closer to where the warehouse robots themselves operate.

Current FAA regulations prohibit flying drones out of sight of their operators, but businesses like Skyward, a Verizon company, are preparing for a future when beyond-visual-line-of-sight (BVLOS) flight is allowed. For BVLOS flight, both the connection between drone and operator and the drone’s ability to operate autonomously become crucial.

In the near future, human operators will need or want to remain connected to distant drones. Verizon and Skyward have been working on connected drones on Verizon’s 4G LTE network. Because latency can make a huge difference in remote control—which should happen in as close to real time as possible—a direct, low-latency connection like one available through 5G will be crucial once flights happen at scale beyond line of sight.

Moving from one drone to a fleet

The challenges of autonomous drone flight become even more pronounced when operating drones at scale. With a fleet of drones, operators will need excellent universal traffic management (UTM). This includes tracking drone locations and helping them communicate both with each other and with the operator.

Connecting drones to the wireless network makes it easier to integrate them safely into the National Airspace System, a requirement for commercial drone delivery and many other use cases.

In an article on 5G connectivity’s value for drones, Skyward talked about how 5G could supercharge connected drones through capabilities such as remote drone deployment, control of multiple drones, inflight analytics and the possibility of complete autonomy.

Autonomy of any level should be easier with 5G. That’s because autonomy relies on multiple advanced applications of artificial intelligence (AI) that can potentially benefit from 5G’s capabilities. One of those applications is Digital Space Orchestration.

By combining AMRs with Digital Space Orchestration over 5G, robots and drones could act smarter and work together better. For instance, an inventory bot in a warehouse might simultaneously map the space, sending data over 5G for other robots to use in navigation.

Other applications of AI include choosing flight paths or analyzing data in real time. AI will play a larger role, as well, in helping the drone make decisions based on both computer vision input and other information from sensors, previously loaded flight plans and so on. For applications like these, the bandwidth and low-latency performance of an advanced 5G network like Verizon’s 5G Ultra Wideband offer distinct benefits.

To run many of the applications we’ve just mentioned, drones require computing power. And for use cases outside of delivery, the actual job of the drone may be data collection or processing. But processors and the hardware surrounding them can add significant weight to a drone. 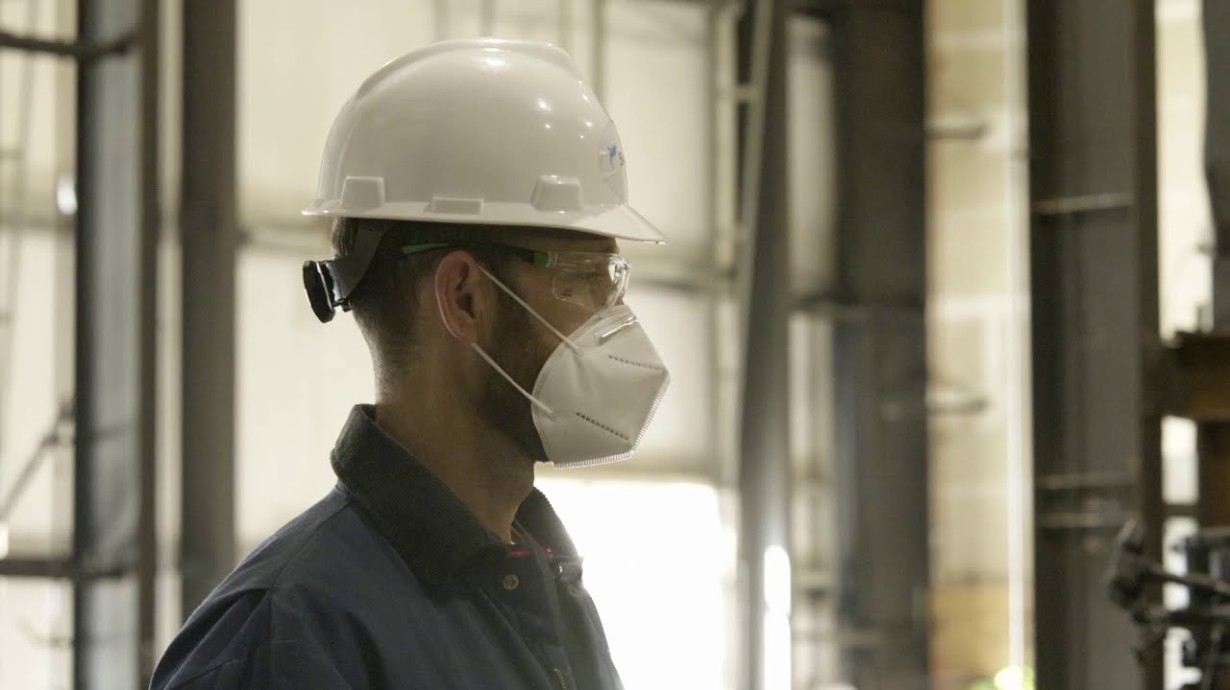 5G and MEC together can help alleviate this issue. A drone operating on 5G has the throughput to send and receive lots of data and access advanced computing power at the edge of the 5G network. That means potentially lighter drones that can also do more. For instance, Verizon and Skyward recently trialed 5G and MEC in a virtual reality application, delivering the video content to multiple users on the ground.

While drone delivery won’t help those in high-rise apartment buildings any time soon, using it for high-value consumer goods in suburban settings is a compelling use case. Delivery isn’t the only use case for autonomous drones, though. Critical infrastructure monitoring, such as viewing power lines, pipelines and so on to look for leaks, is another compelling use, as is search and rescue or emergency response for hazardous-material situations. Regardless of how drones are put to use, the capabilities of 5G, MEC, AI and other autonomous technologies will soon be able to help drones operate with greater independence.

See how Verizon is helping new automation businesses—from warehouses to drones and beyond—scale with evolving technology and the power of the 5G future through the work of our New Business Incubation team. 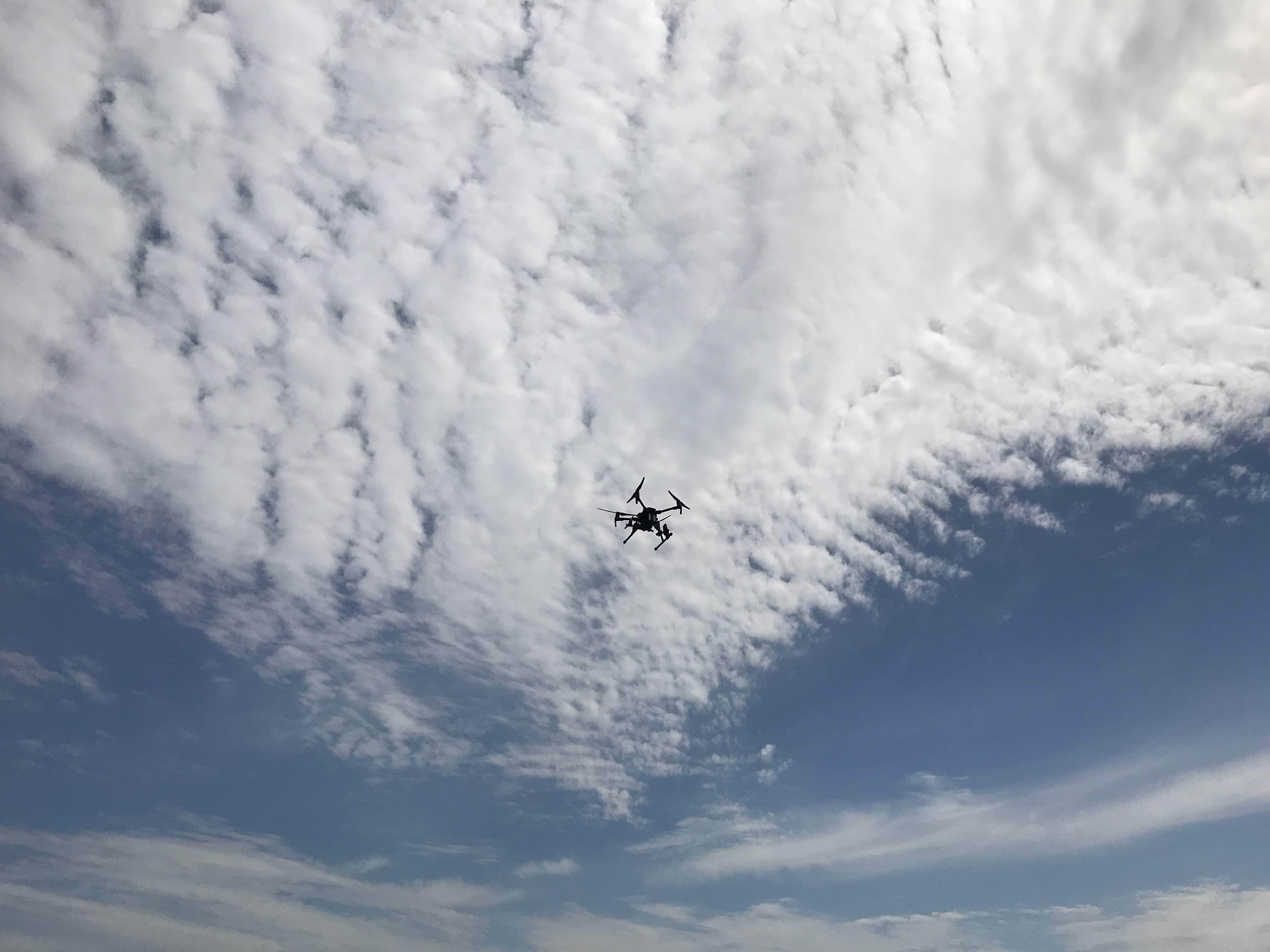 The future of delivery: It’s up in the air.
02/16/2021
Identifying the best use cases and key considerations for drone deliveries.