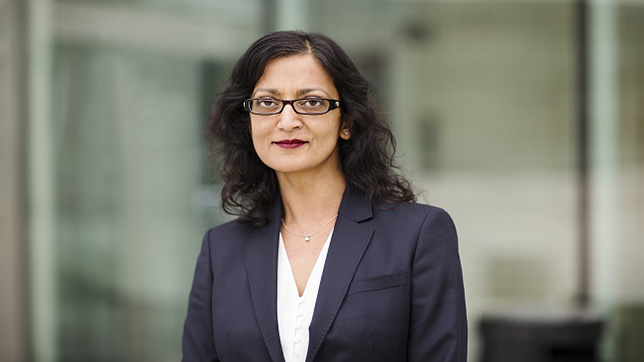 She will succeed Roy Chestnutt, who previously announced plans to pursue interests outside Verizon, and will depart by the end of the year.

Qureshi will report to Chairman and CEO Lowell McAdam and will take over responsibility for development and implementation of Verizon's overall corporate strategy, including business development and strategic investments.

"We thank Roy for his leadership and strategic focus, which have helped transform Verizon into a major player in next-generation markets," McAdam said. "The addition of Rima is another game-changer for Verizon. She's a visionary leader, with a global perspective and a thorough understanding of our industry and where it's headed."

Before becoming president and CEO of Ericsson North America in 2016, she was Ericsson's chief strategy officer and head of mergers and acquisitions. Her more than two decades of leadership experience in the mobile communications industry included more than 15 years of global experience.

She is currently a board member of MasterCard Incorporated and Great West Lifeco Inc., and she has significant experience working with the humanitarian sector and various United Nations agencies. With both undergraduate and master's degrees from McGill University in Montreal, she is fluent in English and French.

Chestnutt had joined Verizon in 2011 from Motorola and was senior vice president – Corporate Strategy before being named chief strategy officer in 2013.