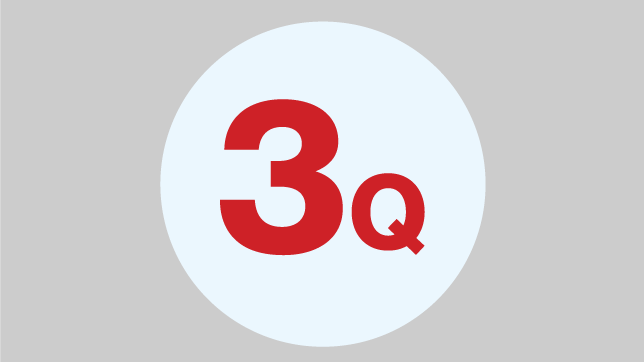 “Verizon continues to deliver strong financial and operational results in highly competitive markets while positioning itself for future growth,” said Chairman and CEO Lowell McAdam. “While we transform our company in a challenging environment, we have maintained the financial flexibility to invest in our industry-leading networks to better serve customers, add scale to bring innovation to the mobile media and Internet of Things (IoT) markets, and increase dividends for a 10th consecutive year.”

In September, Verizon’s Board of Directors approved a 2.2 percent dividend increase, the 10th consecutive year with an increase.

Maintaining its network leadership, Verizon launched LTE Advanced in more than 460 markets in third-quarter 2016. The company is advancing its software-defined network (SDN) architecture, building a next-generation fiber network in Boston and aggressively densifying its nationwide wireless network. Based on the outcome of its commercial pilot program, Verizon intends to be the first company to launch a 5G fixed wireless broadband solution in the United States.

On September 9, 2016, Yahoo! Inc. ("Yahoo") filed with the Securities and Exchange Commission (the "SEC") a preliminary proxy statement regarding the proposed sale of Yahoo's operating business to Verizon Communications Inc. ("Verizon") and related transactions, and the definitive version of which will be sent or provided to Yahoo stockholders. BEFORE MAKING ANY VOTING DECISION, YAHOO'S STOCKHOLDERS ARE STRONGLY ADVISED TO READ YAHOO'S PROXY STATEMENT IN ITS ENTIRETY (INCLUDING ANY AMENDMENTS OR SUPPLEMENTS THERETO WHEN THEY BECOME AVAILABLE) AND ANY OTHER DOCUMENTS FILED WITH THE SEC IN CONNECTION WITH THE PROPOSED TRANSACTIONS OR INCORPORATED BY REFERENCE THEREIN BECAUSE THEY CONTAIN IMPORTANT INFORMATION ABOUT THE PROPOSED TRANSACTIONS. Investors and stockholders can obtain a free copy of Yahoo's proxy statement, any amendments or supplements to the proxy statement, and other documents filed by Yahoo with the SEC in connection with the proposed transactions for no charge at the SEC's website at www.sec.gov, on the Investor Relations page of Yahoo's website investor.yahoo.net or by writing to Investor Relations, Yahoo! Inc., 701 First Avenue, Sunnyvale, CA 94089.