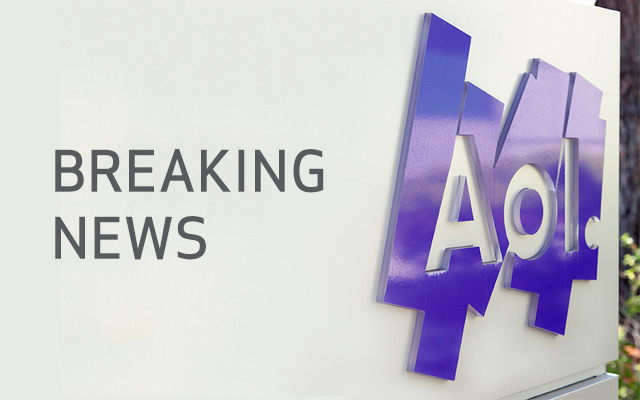 Verizon subsequently completed the acquisition of the remaining eligible AOL shares not acquired in the tender offer through a merger pursuant to Section 251(h) of the General Corporate Law of the State of Delaware. As a result, AOL shares will no longer be traded on the NYSE, and AOL is now a wholly owned subsidiary of Verizon.

As of the expiration of the tender offer, approximately 47,522,501 shares were validly tendered and not withdrawn in the tender offer, representing 60.37 percent of AOL’s outstanding shares, according to the depositary for the tender offer. Notices of Guaranteed Delivery were delivered with respect to 2,767,607 additional shares, representing approximately 3.52 percent of AOL’s shares, according to the depositary. Verizon has accepted for payment and will promptly pay for all validly tendered (and not withdrawn) shares.

All eligible AOL shares that were not validly tendered have been converted into the right to receive $50.00 per share in cash, without interest and less any applicable withholding taxes -- the same price paid in the tender offer.

Verizon and AOL will host a joint news media call with Armstrong and Walden to discuss the transaction today at 10 a.m. Eastern Time. Parties in the United States and Canada may call toll-free 866-515-2907, and other international parties may call 617-399-5121. Participants should reference the “AOL Verizon Close” call and passcode 34709946 when dialing in. A replay will not be made available.

AOL is a media technology company with a mission to simplify the internet for consumers and creators by unleashing the world's best builders of culture and code. As one of the largest online properties in the U.S., with approximately 200 million monthly consumers of its premium brands, AOL is at the center of disruption of how content is being produced, distributed, consumed and monetized by connecting publishers with advertisers on its global, programmatic content and advertising platforms. AOL's opportunity lies in shaping the future of the digitally connected world for decades to come.