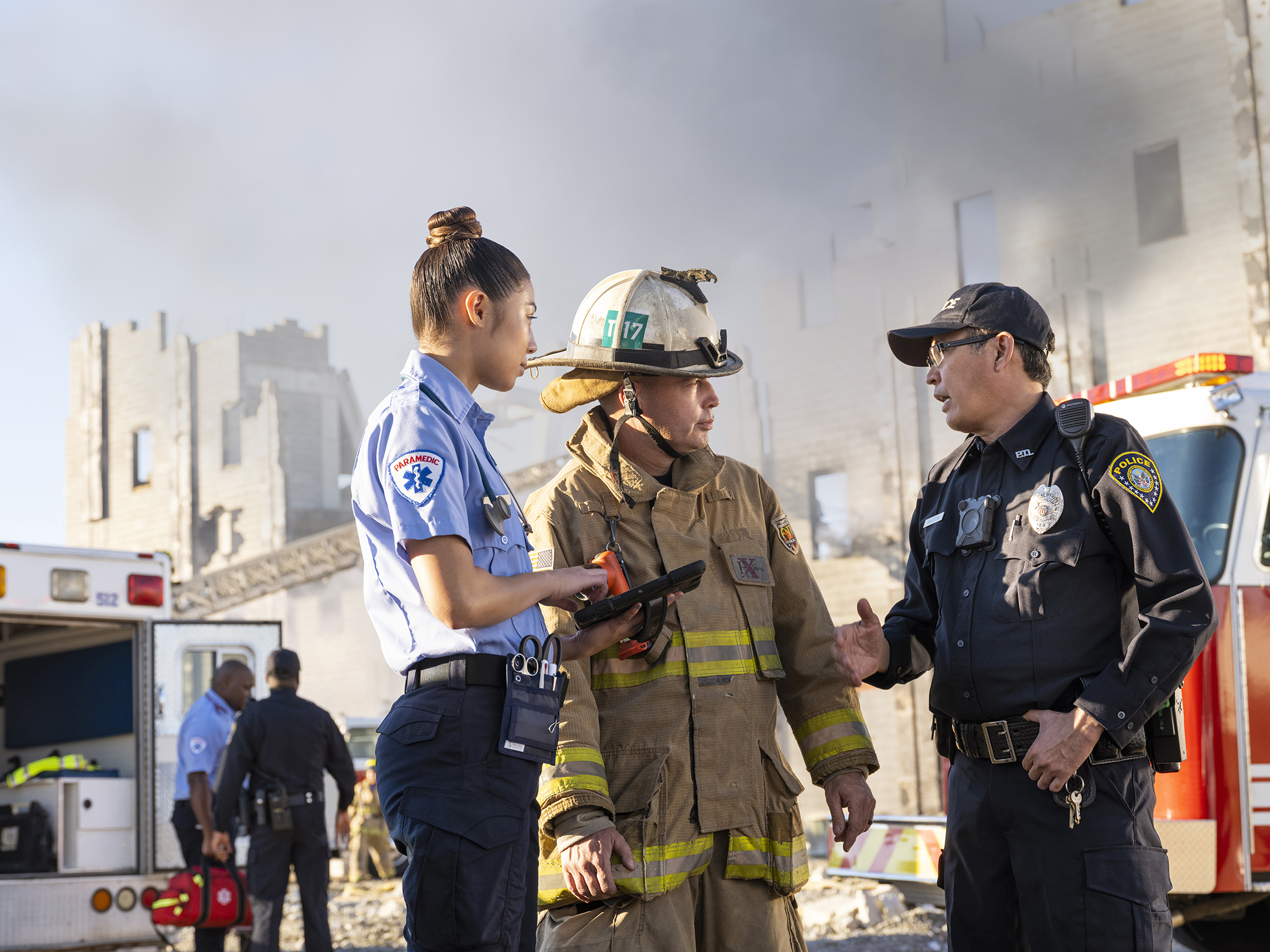 As part of a recent survey commissioned by Verizon Frontline and conducted by Lexipol, first responders across the nation were asked about how their organizations use public safety communications technology, how ready they felt their agencies were to respond to a crisis and how they felt technology would change the way they operated in the future. Key findings from the survey of nearly 2,000 first responders - which included representation from public safety answering points and emergency call centers as well as the police, fire and emergency medical services communities - included:

NEW YORK – If first responders have their way, the future of public safety will include more internet-connected devices, a continued emphasis on network reliability and resiliency during emergency response operations and far more demand for 5G in the coming years.

These are among the key findings from a new Verizon Frontline Public Safety Communications Survey conducted by Lexipol, which asked nearly 2,000 first responders at fire and police departments, emergency medical services organizations, public safety answering points and emergency call centers about their public safety communications technology usage both now and in the future.

The findings showed a strong dependence on smartphones, growing interest in new devices such as drones and the benefits of 5G, and a continuing demand for network reliability and features like interoperability when responding to an emergency.

When asked what they wanted most from a public safety communications provider, first responders overwhelmingly named network reliability and speed as their top priorities.

Further bearing out these findings, first responders named an unreliable network, outdated tools and lack of interoperability as their top three challenges with their current public safety communications technology.

First responders overwhelmingly believe smartphones and tablets will remain essential daily communication tools in the next five years, with 92% of respondents saying they use a smartphone and 47% reporting tablet usage every day. Land mobile radios (LMRs) are used daily by 89% of first responders, but the survey shows that LMR usage is predicted to fall to 79% in five years.

A newer generation of technology, including internet-connected vehicles, drones and augmented reality/virtual reality (AR/VR) applications, such as those that enable the replication of dangerous training scenarios in an AR/VR environment, are all expected to grow enormously in popularity in the next five years. Respondents say they expect the use of internet-connected vehicles, such as ambulances, patrol cars and fire trucks, to grow in daily use, from 41% today to 64% by 2027.

Drones could see an even bigger uptick in daily use, growing from 8% today to 40% in five years. AR and VR may also gain impressive numbers, from just 1% of first responders reporting daily use now to an expected 20% in five years.

The future of public safety is more connected

Of all the technology challenges with their current communications tools, first responders say connection strength is their largest concern. When asked about features they want added to their communications technology, nearly 60% expressed a desire for stronger connections in the field. Other responses include faster upload and download speeds (39%), the ability to share location information with team members in the field (42%) and the ability to quickly share images, videos and other files from the field (37%).

When asked to look ahead at what the top priorities would be for public safety agencies in five years, internet-connected vehicles were by far the most popular choice across all first responders at 37%. This number was even higher for emergency medical services at 41%. Fire departments had the most diverse priorities, with more firefighters selecting AR/VR training as a priority and less selecting smartphones and internet-connected vehicles when compared to other first responder groups.

The survey also found public safety professionals are ready to take advantage of the enhanced communication and technological capabilities enabled by 5G.

First responders say the benefits of 5G, such as higher speed and lower latency, will have an important impact on the future of public safety, with the overwhelming majority (77%) recognizing 5G as a priority. ​When asked about the benefits of 5G for public safety, first responders put reliability at the top (42%), followed by speed (34%), enhanced situational awareness and a more effective use of data (both 12%).

Verizon Frontline is the advanced network built for first responders – developed over nearly three decades of partnership with public safety officials and agencies on the front lines – to meet their unique and evolving needs.