Verizon grows its strong customer base profitably in 4Q 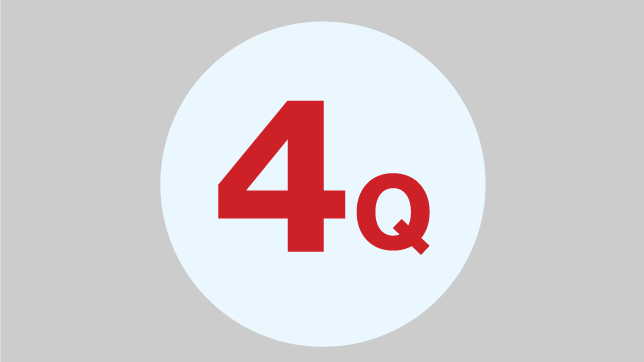 “We are positioning Verizon for future growth and continued sustainable shareholder value,” said Chairman and CEO Lowell McAdam. “In the fourth quarter we expanded our customer base in highly competitive wireless and broadband markets. This capped a year in which we delivered solid results and returned value to shareholders, including $9.3 billion in dividends. We enter 2017 with confidence, based on our investments in next-generation networks and the new capabilities we have acquired. Our goal is to continue to earn our customers’ loyalty every day in a rapidly expanding mobile-first digital world.”

In these new markets the digital media business, led by AOL, generated $532 million in revenues net of traffic acquisition costs (non-GAAP) in fourth-quarter 2016. This declined about 5 percent year-over-year due to a revenue lift in fourth-quarter 2015 related to AOL’s Microsoft deal, but increased around 10 percent compared with third-quarter 2016.

Regarding pending transactions, Verizon expects its acquisition of XO Communications to close in first-quarter 2017 and its sale of data centers to Equinix to close in second-quarter 2017. Regarding the Yahoo acquisition, Verizon continues to work with Yahoo to assess the impact of data breaches.

On September 9, 2016, Yahoo! Inc. ("Yahoo") filed with the Securities and Exchange Commission (the "SEC") a preliminary proxy statement regarding the proposed sale of Yahoo's operating business to Verizon Communications Inc. ("Verizon") and related transactions, and the definitive version of which will be sent or provided to Yahoo stockholders. BEFORE MAKING ANY VOTING DECISION, YAHOO'S STOCKHOLDERS ARE STRONGLY ADVISED TO READ YAHOO'S PROXY STATEMENT IN ITS ENTIRETY (INCLUDING ANY AMENDMENTS OR SUPPLEMENTS THERETO WHEN THEY BECOME AVAILABLE) AND ANY OTHER DOCUMENTS FILED WITH THE SEC IN CONNECTION WITH THE PROPOSED TRANSACTIONS OR INCORPORATED BY REFERENCE THEREIN BECAUSE THEY CONTAIN IMPORTANT INFORMATION ABOUT THE PROPOSED TRANSACTIONS. Investors and stockholders can obtain a free copy of Yahoo's proxy statement, any amendments or supplements to the proxy statement, and other documents filed by Yahoo with the SEC in connection with the proposed transactions for no charge at the SEC's website at www.sec.gov, on the Investor Relations page of Yahoo's website investor.yahoo.net or by writing to Investor Relations, Yahoo! Inc., 701 First Avenue, Sunnyvale, CA 94089.