Hurricanes, wildfires, ice storms, earthquakes and tornadoes – Verizon’s wireless network is built and fortified in anticipation of them all. 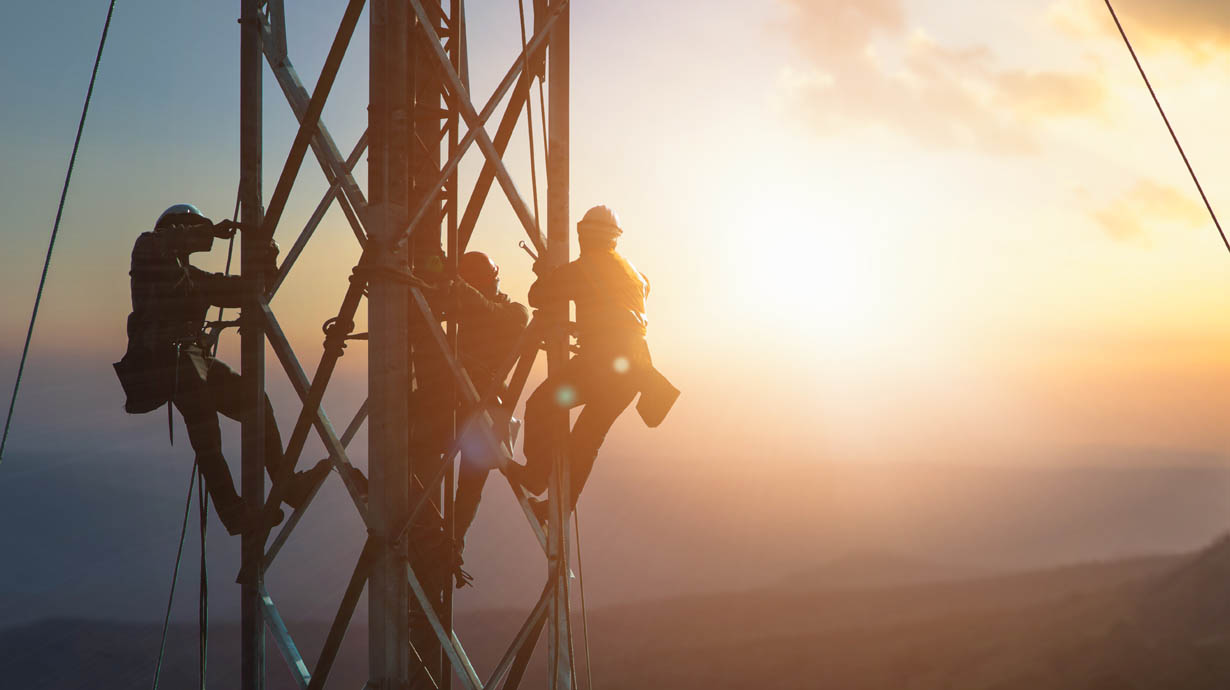 NEW YORK - In the day-to-day routine and in the most chaotic of circumstances, Verizon is ready to keep you and your loved ones connected. Verizon’s architects and engineers have designed and built a wireless network that stands up to the most extreme circumstances – we call it our Extreme Network.

“We know our customers need us most in extreme circumstances, so we’ve designed and built our network with those specific circumstances in mind,” said Kyle Malady, EVP and President of Global Networks and Technology. “You don’t start coaching the game in the first quarter. You prepare, train, drill and build year-round. We have the best engineering team in the business and the work we do before the extreme weather moves in is critical in minimizing the repair and recovery work after the weather has passed.”

Verizon’s network is built to withstand prolonged power outages, with nearly 80 percent of macro cell sites and switch facilities equipped with generator back-up, and 100 percent equipped with battery back-up. We build redundant paths of fiber, which carry data throughout the network, to all our macro cell sites and switch facilities so that if one link is broken, the other will automatically keep the data moving. We pre-arrange fuel deliveries in case of a storm, with tankers poised and in position to quickly respond to hard-hit areas in case commercial power is lost. And we run Emergency Operation Center drills throughout the year to ensure our team is ready and equipped to respond to emergencies.

But what we have done to keep people connected in preparation for the most extreme weather events when it matters most – now that’s where our customers really win.

Wildfires can wreak havoc when they burn through a large area of land, as they often do in growing areas of the west coast. To prevent damage from the fires, our network teams engage in extensive landscape mitigation up to 100’ from our facilities year-round to eliminate brush and waste that could fuel the fires. At some facilities, we placed rocks and boulders around the facility to act as fire walls. We use reflective fire retardant paint on fencing around our facilities to minimize damage. And instead of propane or hydrogen which are not refuelable, our backup generators in most fire-prone areas run on diesel, allowing us to transport fuel even when fires are burning to keep service on air for residents and first responders.

Blizzard’s coming? Not a problem!

Our sub-zero switch is located in North Dakota, where snow and ice are the biggest weather threats to our facilities. This switch has angled roofing at the entrances, 3.5 inch batt insulation throughout the building, and angled roof joints with EDM caps and concrete pavers for ice protection. Conduits running to the building are buried at a depth of 8”. When ice melts, it is imperative to be prepared for potential flood waters. Therefore, the Fargo switch has an aquadam which when deployed extends 500’ around the perimeter of the building, and when filled with water acts as a barrier to flood waters to protect the building.

Throughout Florida, an area known for hurricane activity, hardened “Super Switches” are built to withstand Category 5 hurricane winds. These switch locations boast tilt wall block construction built of concrete and rebar. Because of flooding and possible land damage caused by hurricanes, the Super Switch locations have dual entrances for transport, meaning fiber enters the facility in two distinct locations to ensure additional redundancy in case one entrance is damaged. Additionally, because commercial power loss is often associated with hurricanes and tropical storms, the Florida Super Switches have dual on-site generators and HVAC N+1 redundancy. The switch facilities also serve as Emergency Operation Centers when hurricanes or other emergencies arise.

If the earth starts shaking – we keep streaming.

Because earthquakes cause lateral and vertical movements, the switch locations in California are designed to withstand likely seismic movement patterns. The walls are built from steel frames with diagonal bracing to channel lateral forces back to the ground. All suspended ceilings are rigidly attached on two sides but allowed to move freely on the other two sides. Heavy and tall equipment, including on-site generators, fire suppression agent tanks and battery racks are braced to the building structure. All ductwork is seismically braced to the building structure. Exterior generators are integrally mounted to their fuel tanks to prevent severance of buried lines and subsequent fuel spills.

Did you say tornado proof?

In the heartland, tornadoes often threaten equipment that is stored outdoors as most of Verizon’s mobile equipment is. In Kansas, however, mobile assets are safely stored 60 feet underground in a 20,000 square foot cave. Located in the Kansas City metropolitan area, the cave provides safe and convenient storage for emergency assets including portable Cells on Wheels (COWs), Cells on Light Trucks (CoLTS), HVACs on Roadside Equipment (HORSEs), Generators on a Trailer (GOATs), Repeaters on a Trailer (RATs) and Cell Repeaters on Wheels (CROWs). We call this our farmyard in a cave!

When the waters rise...

Along the east coast, flooding is a significant issue when tropical storms and hurricanes threaten. Therefore, Verizon has built cell towers on stilts and elevated platforms. Base stations, which house the majority of a cell tower’s equipment including its power, generators, cooling systems and transport interface, are elevated from ground level so if flood waters reach the tower, the equipment is safe, dry and able to perform.

So go ahead and live your extreme life. Our extreme network will be right there with you!

On May 14, the Verizon Frontline Response Team deployed in support of first responders battling the Blue Lakes Fire, a blaze which has burned more than 2,000 acres in northern Michigan.

Verizon offers unlimited talk/text/data and deploys a Wireless Emergency Communication Center to Glorieta for customers impacted by the NM wildfires.