Verizon Media announces world premiere of documentary 5B in June 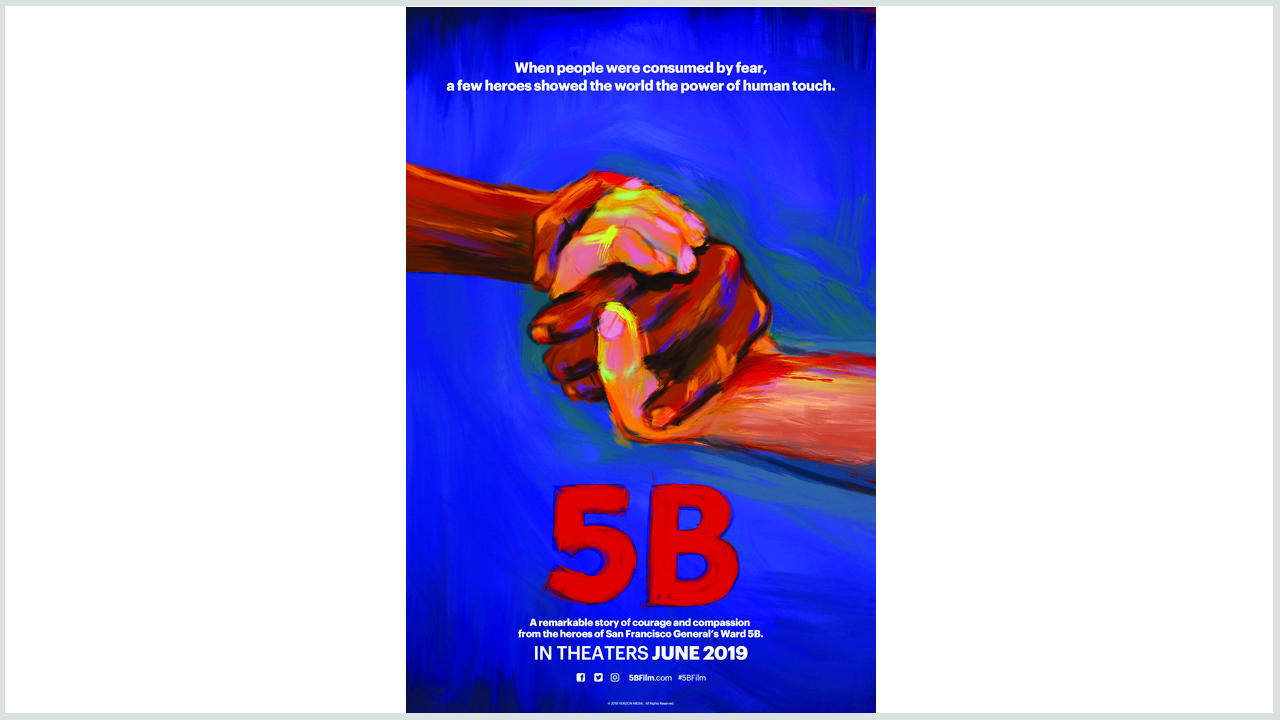 NEW YORK - Verizon Media announced from its NewFront Tuesday evening, it will acquire and release the documentary film 5B, continuing the company’s investment in compelling stories that provide a voice to important issues of our time. Utilizing Verizon Media’s global footprint to amplify around the world, the feature-length documentary 5B presents the uplifting and positive story of a small group of heroic nurses and caregivers who banded together to provide courage and compassion to society’s most vulnerable during the onset of the devastating HIV/AIDS crisis and showed the power of human touch. The film, presented by RYOT, a Verizon Media company, is slated for a U.S. Celebrity Premiere at LA Pride as part of the Verizon Media’s groundbreaking sponsorship of the annual event as well as a theatrical debut in June, 2019, with international releases and VOD distribution this fall.

“We believe in empowering and bringing communities together, and elevating voices that deserve to be heard,” said Guru Gowrappan, CEO of Verizon Media. “The heroes of 5B will continue to inspire the next generation of leaders and Verizon Media is proud to help champion that mission across its global footprint in support of this groundbreaking film.”

5B is the inspirational story of everyday heroes who took extraordinary action to comfort, protect and care for the patients of the first AIDS ward unit in the United States. 5B is stirringly told through first-person testimony of these nurses and caregivers who built Ward 5B in 1983 at San Francisco General Hospital, their patients, loved ones, and staff who volunteered to create care practices based in humanity and holistic well-being during a time of great uncertainty. The result is an uplifting yet candid and bittersweet monument to a pivotal moment in American history and a celebration of quiet heroes worthy of renewed recognition.

“In today’s world we need stories that inspire us more than ever and remind us of the power of ordinary people doing extraordinary things,” said Alex Wallace, General Manager of News and Entertainment and Studios at Verizon Media/RYOT. “We are humbled to share the story of 5B’s compassion, humanity and selflessness.”

In addition to the theatrical release, Verizon Media will also amplify 5B across its ecosystem of nearly one billion global consumers and will create additional immersive content experiences using technology to enhance the story, compassion and humanity showcased by the nurses and caregivers at the forefront of the film. 5B’s release is timed to this year’s sixth annual Global Fund’s Global Replenishment Conference to provide a renewed opportunity for a cultural discussion around the urgency to raise awareness around the ongoing global HIV/AIDS crisis.

5B was commissioned by Johnson & Johnson from UM Studios, Highway 61 Films and Saville Productions based on their longstanding support of nurses and their long and sustaining commitment to HIV/AIDS treatment and prevention going back to the 1980’s. The filmmakers were granted complete editorial control over the documentary.