Recently there has been some controversy on social media about an upcoming “Presidential Alert” that will be used to test the wireless emergency alert system, so I thought it might be useful to provide a little background.

On October 3, the federal government plans to conduct a test of the integrated national emergency alert system, which includes the first nationwide test of wireless emergency alerts. Agencies like the National Weather Service and local governments use these systems to provide life-saving information during and after natural disasters and other emergencies. You’ve probably received one of these alerts if you’ve been in the path of severe weather events. Since 2006, Congress and the Federal Communications Commission (FCC) have adopted rules governing these wireless alerts for companies that agree to participate in the program. Verizon has voluntarily participated in the program from its beginning, and nearly all the handsets we sell to customers are capable of providing the alerts. 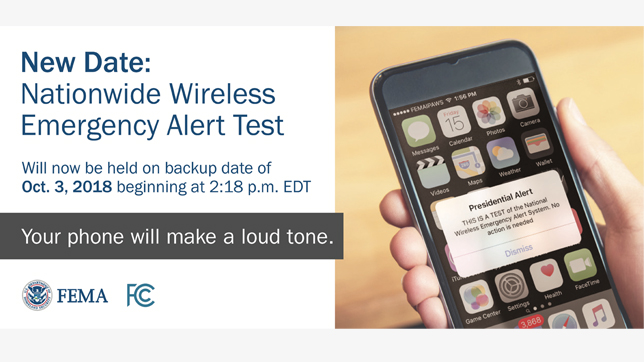 Recognizing that consumers now receive emergency information through many different technologies, in 2015 Congress passed, and President Obama signed, a law directing the Federal Emergency Management Agency (FEMA) to integrate the federal government’s various alerting systems with one another. FEMA is now testing the various alert systems as part of that integration effort. The test will follow long-established wireless alert guidelines, and FEMA and the FCC have been working with the wireless industry over the past several months to coordinate the test. The message will arrive with the header “Presidential Alert,” and will say simply “THIS IS A TEST of the National Wireless Emergency Alert System. No action is needed.” It will not adversely affect your service or device. Events during the past month such as Hurricane Florence illustrate the importance of programs like the wireless emergency alert system, and the importance of testing them.