Verizon uses drones for cell site inspections in the Carolinas in wake of Hurricane Matthew, another tool for reliability | About Verizon
Accessibility Resource CenterSkip to main content
Our Company
News
Responsibility
Investors
Careers

Verizon uses drones for cell site inspections in the Carolinas in wake of Hurricane Matthew, another tool for reliability 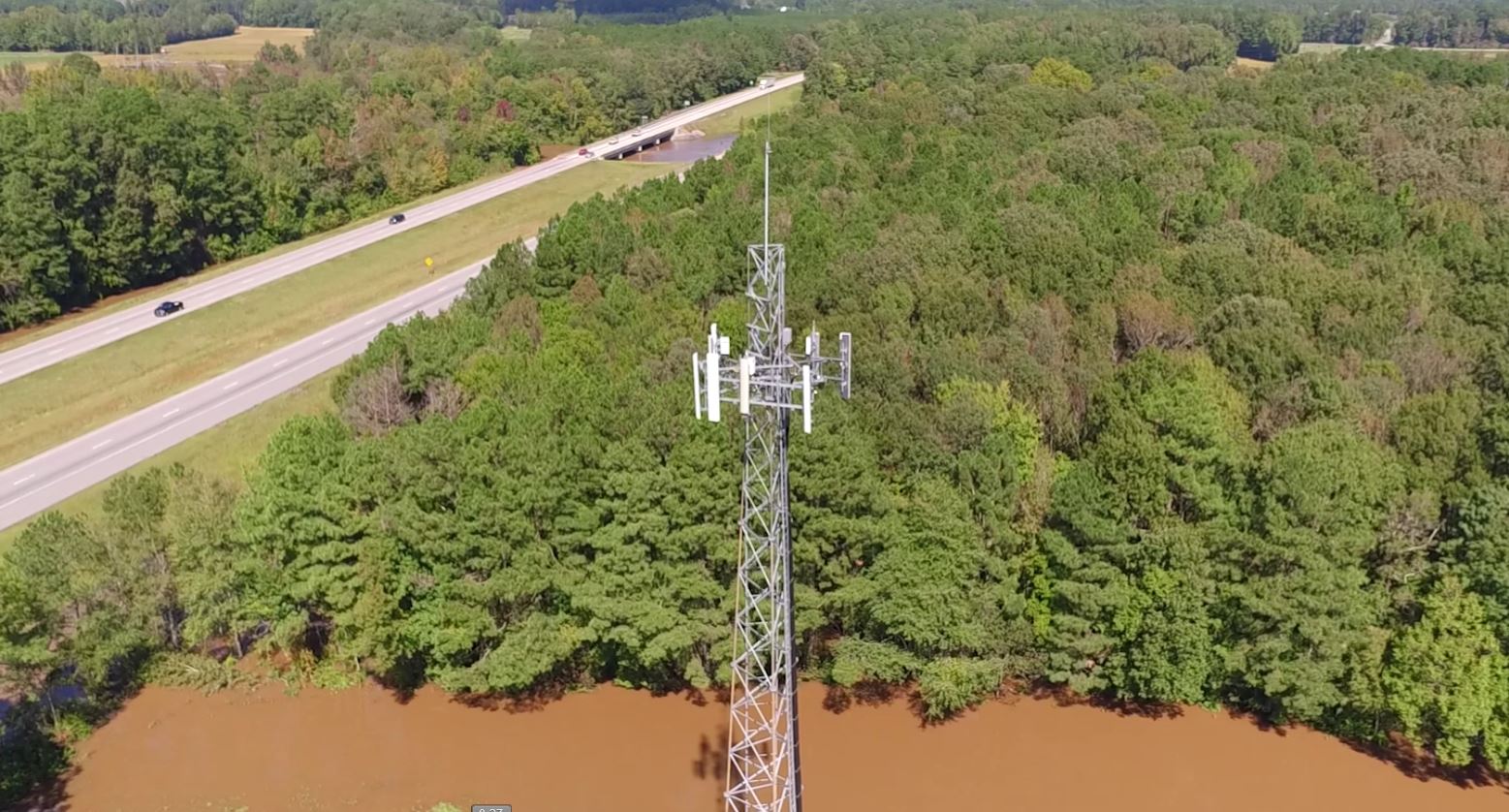 Raleigh, NC – Verizon is using drones to help with cell site inspections from the air in North Carolina and South Carolina to survey areas impacted by severe flooding from Hurricane Matthew. The quadcopter used for the inspections is an unmanned aerial system (UAS) operated by Measure UAS Inc., to inspect cell sites in difficult to reach locations and share vital information on any damaged equipment.

“We understand how vital wireless communication is to connect with loved ones, reach out for help and start the long process of recovery during and after an event like Hurricane Matthew,” said Nicki Palmer, Chief Network Officer. “While we were able to access most sites quickly to assess damage, some sites were not accessible to us due to extreme flooding. We are very pleased that we now have this new tool to add to our already extensive list of preparatory and recovery efforts to help inspect our network assets and expedite recovery time.”

The UAS is able to both record and livestream HD video and high-resolution photographs of a cell site. The first flight to a site surrounded by water near Elm City, N.C. and the Tar River Reservoir showed engineers that the base station equipment – which was elevated on stilts – was not underwater and had not suffered visible damage.

After determining the site was safe to access, Verizon’s Network team secured an air boat and refueled the generator, bringing the site back into service within hours.

Verizon’s Network team has significant experience planning for severe storms like Hurricane Matthew. “We design and engineer our Network to be the most reliable when our customers need it most,” said Palmer.

Here are a few of the many steps the Network team takes to ensure reliability:

Palmer added that Verizon customers “had the best Network experience” during and after the storm compared to the competition. “Our Network had less impact and a faster recovery time vs. the competition’s networks. Customers count on our service – we take that responsibility very seriously.” She reported that over 99 percent of the company’s cell sites in the Carolinas are up and running serving customers.

Verizon completed successful cell site inspection trials earlier this year in New Jersey providing valuable 3-D imagery and system performance data via UAS/drone. Now the company has several vendors to aid Verizon’s network maintenance and operations. Measure is operating these flights with FAA authorization and uses a two-person crew that includes a ground pilot for the UAS and a visual observer of the operation for safe, legal and insured operations.

Last week, Verizon conducted the first ever trial with Verizon’s Airborne LTE Operations (ALO) during an emergency management and disaster recovery exercise in Cape May, N.J. The exercise simulated how Verizon’s Network can provide 4G LTE coverage from a 17-foot wingspan unmanned aircraft system, operated by American Aerospace Technologies, Inc. (AATI), to first responders in an area impacted by a severe weather event where no wireless service is available. While this is the first simulation in an emergency scenario, AATI and Verizon are conducting trials nationally testing connectivity between manned & unmanned aircraft and Verizon’s 4G LTE network including in-flight connectivity.

With landlines down, small town stayed connected with Verizon Frontline
01.11.2022

When a recent snowstorm left the remote town of Washington, Calif., without phone service, the Verizon Response Team was called in to help restore communications

Verizon consumer (prepaid and postpaid) and small business customers in parts in Boulder and Jefferson County will receive unlimited calling, texting and data 1/4 through 1/10