Live-stream event to discuss resilience and mental health for young athletes during the COVID-19 pandemic on April 11 at 4:00pm ET 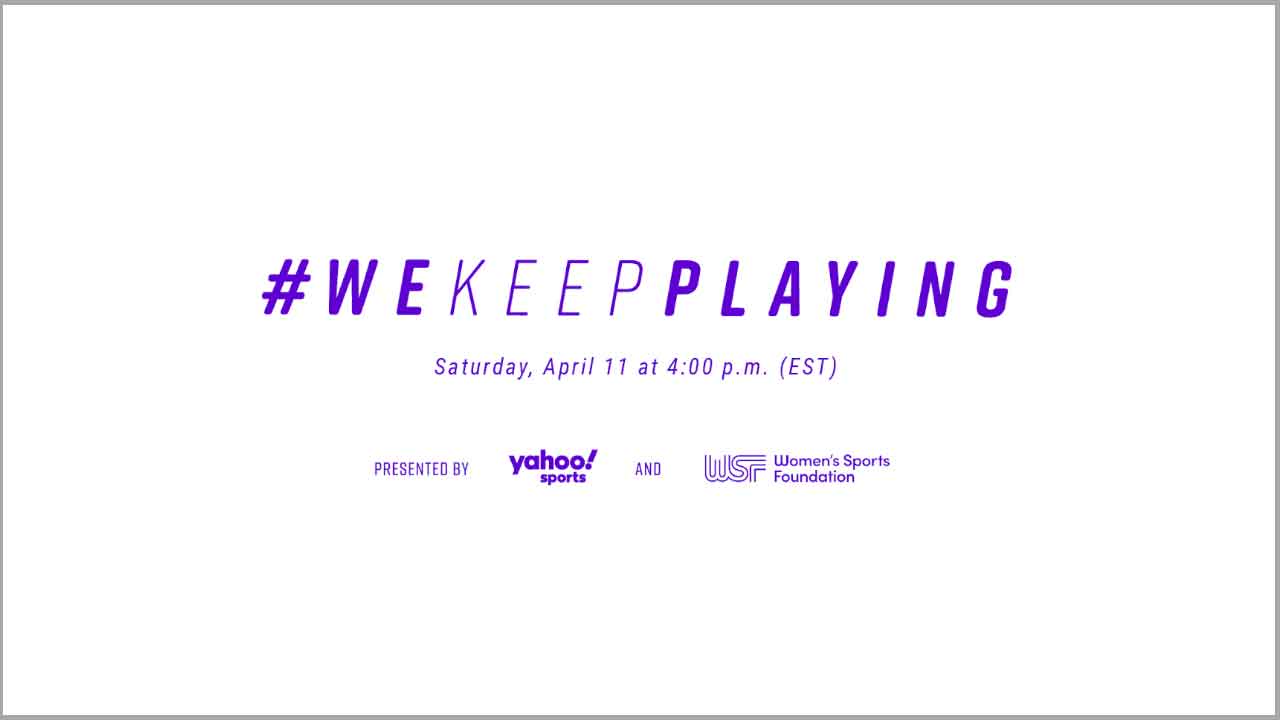 NEW YORK, NY – Yahoo Sports and the Women’s Sports Foundation today announced #WeKeepPlaying, a first of its kind live event bringing together some of the most iconic women in professional sports to inspire young athletes during the COVID-19 crisis. The elite athletes will share their own stories of personal resilience to engage and inspire young athletes across the globe during this unprecedented time. The event will stream live on Saturday, April 11, 2020 at 4:00 pm ET exclusively on the Yahoo Sports mobile app and YahooSports.com.

The event, which will be moderated by journalist Cari Champion, will include some of the most renowned athletes across basketball, soccer, swimming, football, hockey and track & field who will speak to young athletes about the importance of staying healthy mentally, physically and emotionally. #WeKeepPlaying will also include a conversation with sports icon, international activist and Women’s Sports Foundation founder, Billie Jean King, and former U.S. Secretary of State and National Security Advisor Condoleezza Rice who was also the first woman to be admitted to the Augusta National Golf Club.

“Sports play a vital role in the mental and physical health of young athletes, so, as the global athletic community pauses its activity, it is more important than ever to have a candid conversation about the wellbeing of our youth,” said Guru Gowrappan, Chief Executive Officer, Verizon Media. “Yahoo Sports is committed to connecting people to their passions, and providing fans with comprehensive access to sports content and commerce that they crave. We are proud to bring our audience content that addresses the needs of our young athletes during these unprecedented times.”

“During this challenging time of COVID-19, we know that young girls all across the country cannot participate in sports or live out their passions on the field, court, ice, pool or anywhere they play sports,” said Billie Jean King, founder of the Women’s Sports Foundation. “Our Foundation is the ally and advocate for all girls and women: we know her, we cheer for her, we believe in her, and we are here for her. That is why we are bringing together our community of prominent women athletes and leaders to empower, support and inspire young girls – and each other – during this unprecedented time.”

Participating in the discussion will be:

Viewers will be able to submit questions in the lead up to the live event via @YahooSports on Twitter and Facebook by using #WeKeepPlaying. Content from this conversation will be featured on Yahoo Sports, which has been offering its audience the latest information, content and conversation -- especially around mental health -- during the crisis.