A network of programmers and researchers are working to help honeymakers. 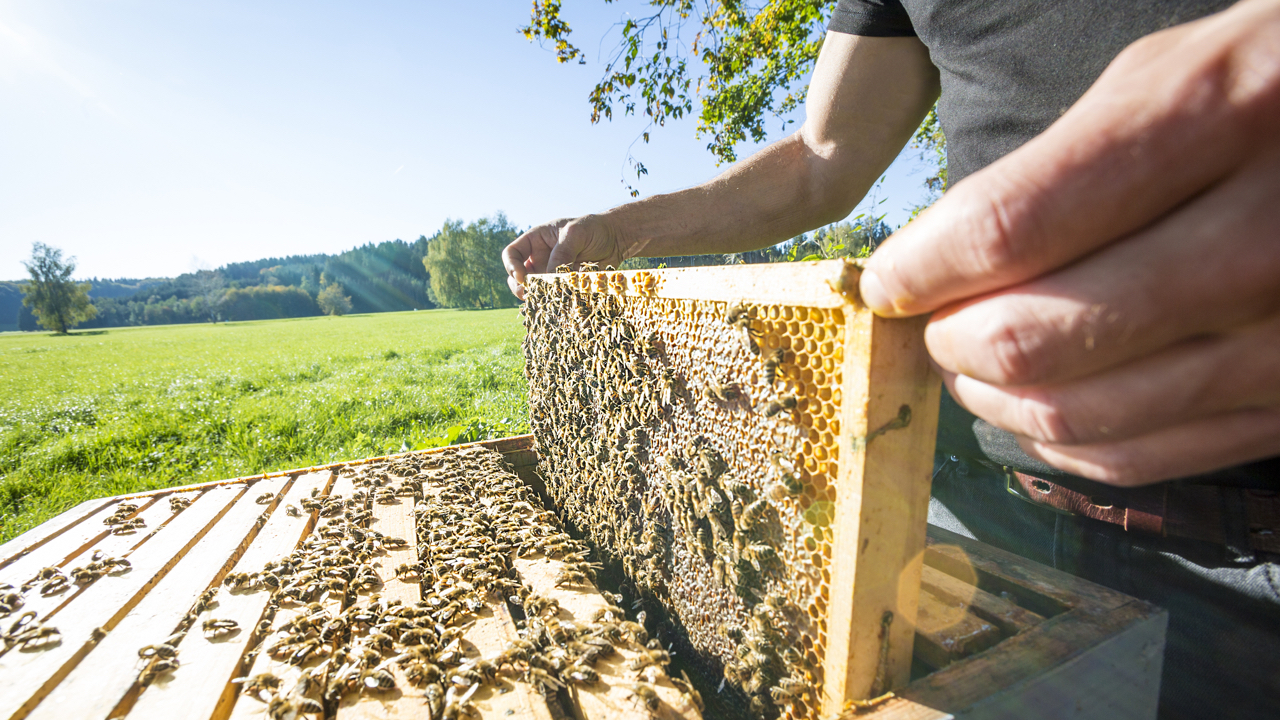 Honeybee colonies are dying off in massive quantities. Between 1947 and 2008, the number of hives decreased by 60 percent, from 6 to 2.4 million. That decline means more than just a few less striped friends to fly by your barbecue. The majority of crops eaten by humans are pollinated by bees. So the loss of the bee population doesn’t affect just flowers; it also impacts our global food supply.

The troubling news has inspired a lot of people to help the insect population, including citizen scientists and amateur beekeepers. Programmers and developers are also lending a hand. Online forums like Beespotter facilitate collaborations between professional researchers and citizen scientists. Projects such as the Open Source Beehives have built a global network of beekeepers.

These new enthusiasts are bursting onto the scene without the experience and wisdom of professional beekeepers, many of whom come from families that have raised hives for generations. To make up for a lack of experience, the “newbees” are utilizing smartphone apps, Internet of Things connectivity, and data sharing to keep colonies as healthy as possible during a time when insects are battling pesticides, parasites and climate change.

“Bees don’t need saving, but they do need help keeping them healthy,” said Dr. Jerry Bromenshenk, retired professor, bee researcher, and co-creator of the upcoming Bee Health Guru smartphone app, which will use artificial intelligence-powered analytics to detect hive issues. “Smartphones and cloud networks are key parts of that solution.”

Distressing news about colony collapse disorder inspired engineer Sergey Petrov to become a beekeeper. The experience led him to develop Beebot, a sensor that tracks key data, including humidity and temperature, to help keep the hive healthy. It also records frequencies of the bee buzzing, and analyzes the tell-tale sounds to create a “bee-human” dictionary that can alert keepers to events like a queen hatching or food shortage.

In short, the technology turns an ordinary hive not just into a smart hive, but a safer one. Pollenity, the company that makes Beebot, says that using the sensor can lower bee losses to about 5 percent per year, compared to current U.S. loss rates that are closer to 35 percent.

This past winter, the Beebot alerted an Australian beekeeper about an issue in his hive. Most beekeepers don’t open their hives during the season, as cold air can harm the bees. To diagnose a problem occurring with bee a colony, the Australian hive instantly shared the Beebot data with the Europe-based Pollenity, which analyzed the information. Instantly sharing large swaths of data across the globe is another critical role technology is playing in improving bee health.

After Pollenity reviewed the alarming stats, the keeper decided to open the hive and check it out. Unfortunately, he found his bees infected with American foulbrood (AFB), a highly contagious bee killer, and he had to destroy the infested hive.

“This is how we lost our first device to fire, but we can proudly say that our device helped to prevent the spread of AFB,” said Stephanie Bosseva, chief marketing officer at Pollenity, “If our client had waited until spring, who knows how many other hives would have had to be destroyed.”

Researchers like Bromenshenk could have benefitted from the ability to share data years ago. He and his team have been collecting data from hives using technology like sensors since the mid-1990s. He recalled the astonishment they felt when they first analyzed the data and realized how much they’d been missing based on their visual counts.

They also struggled with how to share their findings with researchers around the world. Since hive data is so large and complex, the team used to have to transmit it via telephone lines in the middle of the night when rates were lowest.

“The biggest downside was that we had no one to talk about what we were learning,” said Bromenshenk. Experts and hobbyists alike can now gather and share information on preventing disease; creating smart and sustainable hives, and tracking bee health. Most importantly, it can arm scientists worldwide with the information they need to minimize the global bee decline.

At the end of a TED talk Petrov gave a few years ago, he underscored the urgency of his work. “In nature, everything is connected, from bees to humans, from soil to plant,” he said. “We are all part of the same ecosystem. Earth is life and we need to start to learn how to coexist with each other before we run out of time.”

For more information, see these sources:

The rise of urban beekeeping

Big Data Solution will save the honeybees