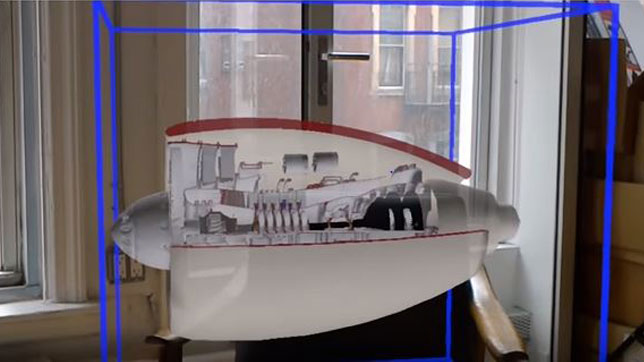 Augmented reality (AR) and virtual reality (VR) have become commonplace terms when people discuss some of the emerging technologies being adopted in manufacturing, education and entertainment. But there’s a less well-known technology that’s also gaining traction. Mixed reality (MR) combines the real and virtual worlds to create environments where users can see and interact with both physical and virtual objects. Think, being able to perform maintenance on a turbine engine while simultaneously referencing the maintenance manual images on the screen of a pair of VR goggles.

“Mixed reality is an important new technology that lies between augmented reality and virtual reality in terms of the spectrum,” says Jonathan Reeves, founder and CEO of Arvizio, a company that develops immersive MR collaboration tools for enterprises. “It allows you to bring in the real world and overlay it with holographic images to create a whole new type of experience.”

Using MR, enterprises can perform tasks such as engineering and design, remote repair and maintenance, immersive training, and more, giving users the ability to share data and interact with full-scale 3D images in real time. Currently, many enterprises are working with MR using Wi-Fi. However, when they transition to untethered wireless environments and add multiple users in several locations working with larger, more complex 3D models, the limited available network bandwidth degrades the experience.

Arvizio is using Verizon’s pre-commercial 5G technology at Alley, a co-working space and site of Verizon’s 5G incubator in New York City, to experiment with how 5G – with its high speeds, massive bandwidth, and single-digit latency – could expand the capabilities of MR technology and meet those mobility challenges.

“The ability for multiple people to share, view and – in real time – make changes on the fly, annotate models, and suggest alterations changes the game,” says Reeves. “The Arvizio platform – in conjunction with Verizon’s 5G technology – extends the user’s capability across multiple locations more efficiently and with much lower latency, which means faster loads of 3D models. We can do things that were just not possible before.”

Reeves says the 5G network at Alley has allowed Arvizio to verify that 5G is an effective solution to using MR in a mobile environment. Next steps are to continue to update their software and platform, and to begin testing it over longer distances when 5G technology is commercially available.

Verizon’s 5G incubator at Alley is giving Arvizio and other innovators access to pre-commercial 5G technology to develop and refine their 5G use cases.

Next week, learn how a startup named LiquidSky is using 5G to create high-quality cloud gaming experiences that eliminate the need for hardware platforms and wired connections.