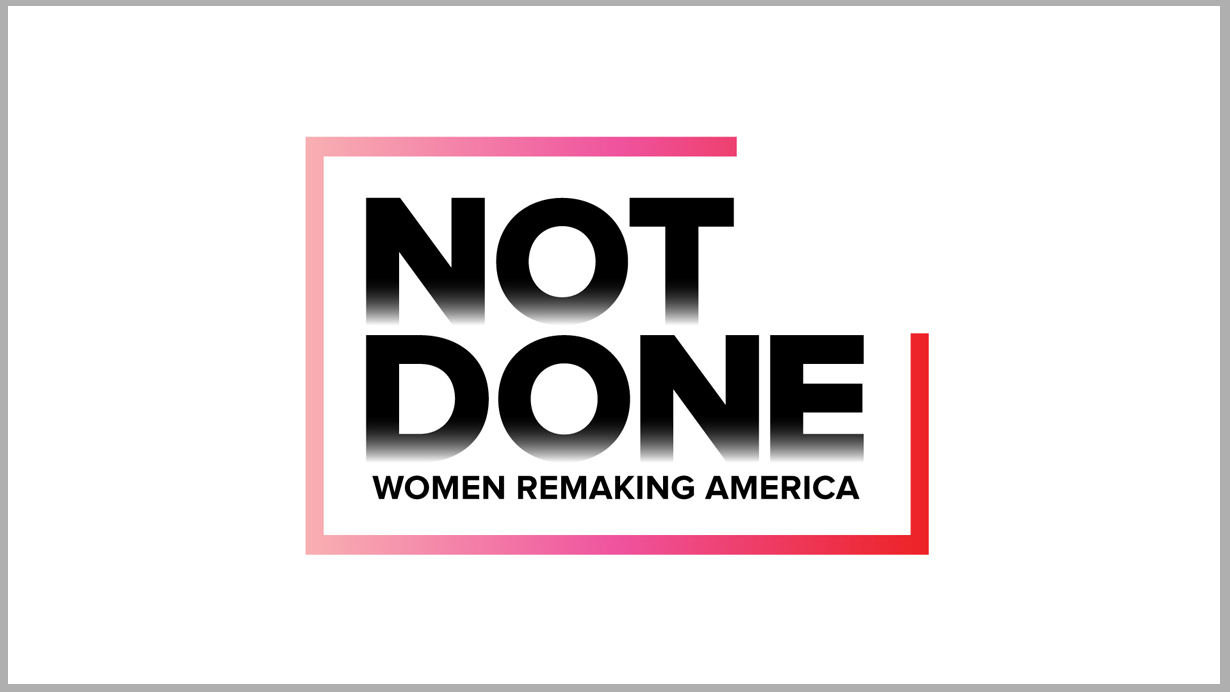 In conjunction with the announcement today, MAKERS is debuting the official trailer for the hour-long documentary special, NOT DONE, the story of the modern American women’s movement, told by the women who are living it.

NOT DONE: Women Remaking America, a MAKERS film by Verizon Media and McGee Media, and proudly supported by P&G, expands upon the critically acclaimed PBS documentary series MAKERS: Women Who Make America. NOT DONE chronicles the seismic eruption of women's organizing from the 2016 election through today, and the intersectional fight for equality that has now gone mainstream. Like the movement it documents, this story is told collectively through the firsthand experiences and narratives of frontline activists, writers, celebrities, artists and politicians who are remaking culture, policy and most radically, our notions about gender. Premiering against the backdrop of an unprecedented pandemic and widespread social upheaval, the film looks back on recent milestones in the women’s movement, weaving together a story of major progress with the clear reality that our work is not done.

Executive produced by Emmy-winning filmmaker and MAKERS founder/executive producer Dyllan McGee, produced by Alexandra Moss and marking the directorial debut of Sara Wolitzky, NOT DONE was created by a primarily female and non-binary crew. Bill Gardner is Executive in Charge for PBS.

Diego Scotti, Chief Marketing Officer, Verizon acts as Executive Producer for NOT DONE. NOT DONE was the first recipient of Verizon’s Future Fund, an initiative to support new and emerging female talent across entertainment and technology, which was announced earlier this year.

"I have been awed making this film and looking back at how much has happened in the women’s movement since the last election,” said Dyllan McGee, MAKERS founder and NOT DONE executive producer. “Especially as we now mourn the passing of a giant like Justice Ruth Bader Ginsburg, I am heartened by the heroic women in this film who carry on her legacy.”

“It was a privilege to make this film and capture the extraordinary leaders and change agents featured in it. NOT DONE is a testament to the tenacity and power of women who believe that no one is free until everyone is free,” said Sara Wolitzky, director of NOT DONE. “I hope audiences will walk away appreciating this supercharged chapter in feminist history, and also motivated – alongside the unstoppable women on screen – to keep fighting for true equality.”

1 The February 2020 announcement of NOT DONE: Women Remaking America noted a June 2020 premiere. The debut was postponed in light of the COVID-19 pandemic.