Verizon, the NFL and AWS use 5G MEC for enhanced mobile gaming at Super Bowl LV 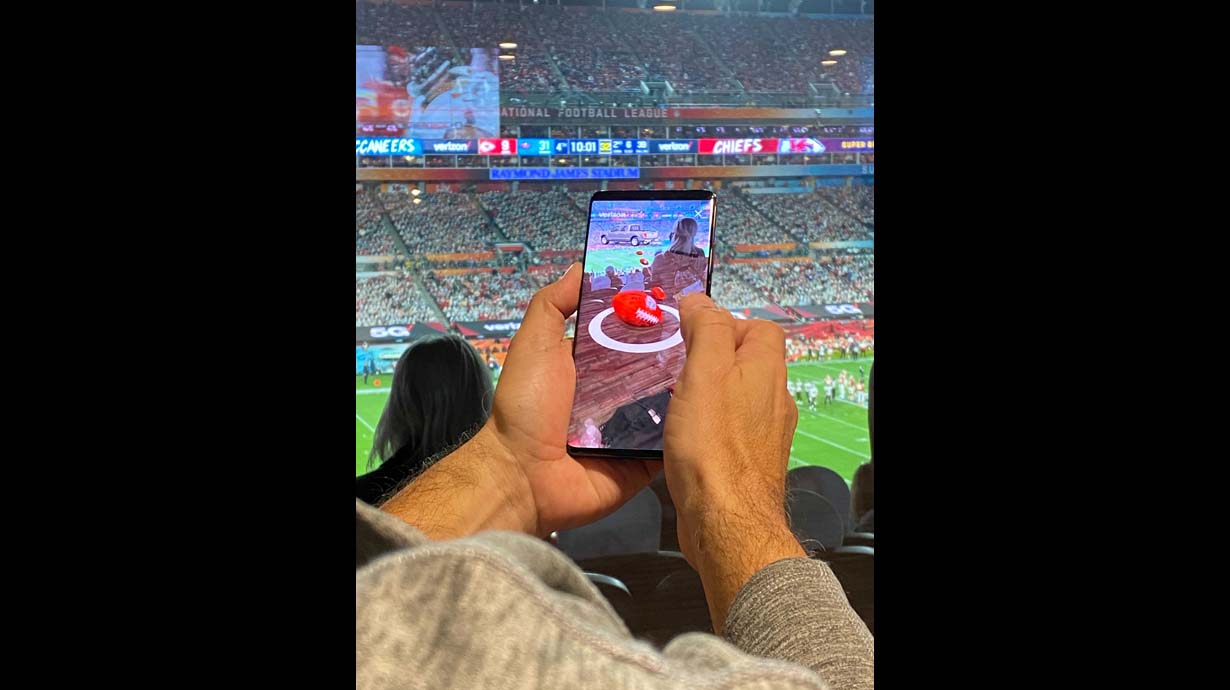 BASKING RIDGE, N.J. – Verizon, the NFL and AWS debuted the first 5G and mobile edge compute (MEC)-enabled mobile game for fans in-stadium at Super Bowl LV, called NFL Ultra Toss. Fans with the NFL Ticketholder app received a push notification during the second quarter and were able to compete by using their smartphone to virtually toss a football into the back of a virtual pickup truck positioned in the middle of the field. Fans connected to 5G Ultra Wideband in the stands could point their phone’s camera to the middle of the field to see the virtual pickup truck materialize on the field using augmented reality (AR). The interactive AR experience also allowed fans to simultaneously see the live virtual football tosses happening in real-time from other fans, amping up the head-to-head competition.

Verizon customers playing the game in-stadium had an enhanced gaming experience thanks to the super low latency and massive bandwidth provided by 5G Ultra Wideband and MEC. By using Verizon 5G Edge and AWS Wavelength, the gameplay was offloaded to the edge of Verizon’s network reducing latency (or lag) for those enjoying the multi-player experience in the stadium. 5G Edge moves the data and processing done by applications and services closer to the end user at the edge of the network. This shortens the roundtrip that data needs to travel, reducing lag time, or latency, and helps applications respond more quickly and efficiently. AWS Wavelength brings AWS compute and storage services to the edge of Verizon’s network, allowing innovators to develop applications with increased speeds, massive bandwidth and ultra-low latency.

“Gaming is all about community and so is the Super Bowl and together with AWS we were able to bring these two communities together to offer a first of its kind 5G and MEC-enabled gaming experience to fans at scale,” said Nicki Palmer, Chief Product Officer at Verizon. “The super-fast speeds, massive bandwidth and low latency provided by 5G and MEC lets players have a console-quality multi-player gaming experience on the go and allows developers to rewrite the rules for creating eye-popping, graphics-rich multiplayer action. The future of gaming is happening right now.”