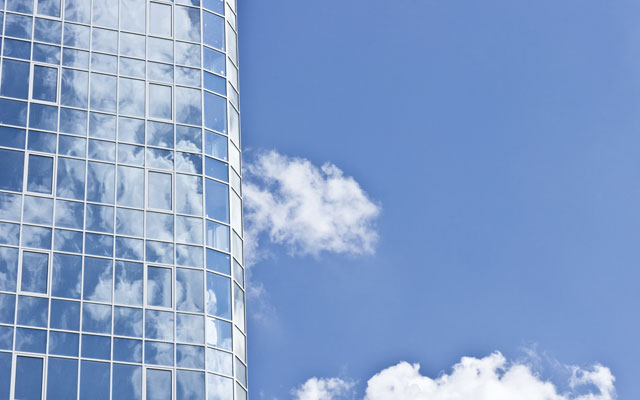 At the same time, Verizon is returning a significant amount of capital to its shareholders through a $5 billion accelerated share-repurchase program entered into today.

Verizon Chairman and CEO Lowell McAdam said: “Our long-standing strategy has been to consistently invest in our networks, improve our customers’ experience, and develop new products and services while delivering profitable growth. These transactions will further strengthen Verizon’s focus on extending our industry leadership position in our core markets and return significant value to our shareholders.”

Details of the Verizon - Frontier Transaction

Selling wireline operations in California, Florida and Texas to Frontier will concentrate Verizon’s wireline operations on the East Coast. Verizon will focus on further penetrating the market for its FiOS business across a contiguous footprint in Eastern states.

Frontier currently has access lines in 28 states, providing an array of voice, broadband and video services, including landline assets purchased from Verizon in 2009-2010.

Maggie Wilderotter, Frontier’s chairman and chief executive officer, said: “These properties align with Frontier’s disciplined strategic focus and enhance our footprint with rich fiber-based assets. We look forward to building on the strong results Verizon has delivered in these three states. Frontier has a solid track record of successful integrations, and we welcome the new employees who will help us implement our local engagement model in these markets.”

Completion of the transaction is subject to customary closing conditions including, among others, obtaining certain regulatory approvals. The companies are targeting completing the transaction in the first half of 2016.

Approximately 11,000 Verizon company employees are expected to continue employment with Frontier after the transaction. Frontier and Verizon will provide a smooth transition for these employees.

As they did during the companies’ previous transaction, Verizon and Frontier transition teams will work to ensure that customer accounts, billing information and other assets from the operations are successfully transferred to Frontier and that the transition is seamless for customers as well as employees.

The transaction includes Verizon’s FiOS Internet and Video customers, switched and special access lines, as well as its high-speed Internet service and long-distance voice accounts in these three states. Frontier will continue to provide video services in these states after the completion of the transaction.

The transaction does not include the services, offerings or assets of other Verizon businesses, such as Verizon Wireless and Verizon Enterprise Solutions.

In the wireless tower transaction, American Tower will have exclusive rights to lease and operate over 11,300 Verizon cell towers, a significant majority of the towers the company currently owns. In addition, Verizon will sell approximately 165 towers outright.

The average term of the lease rights is about 28 years. As the leases expire, American Tower will have fixed-price purchase options to acquire these towers based on their anticipated fair market values at the end of the lease terms.

Verizon will sublease capacity on the towers from American Tower for a minimum of 10 years for $1,900 per month per site, with annual rent increases of 2 percent. Verizon will have customary renewal options that could potentially extend the full term of the sublease to 50 years.

Verizon will have access to additional reserve capacity on the towers for future use and expects to use this additional capacity to help continuously improve the nation’s most reliable network.

During the terms of the leases, American Tower will have full operating rights to and responsibilities for the towers. American Tower’s rights will include the ability to sublease other available space to other companies.

Verizon expects the transaction to close by mid-2015, subject to standard closing conditions.

Under the terms of the accelerated stock repurchase (ASR) agreement, Verizon will repurchase $5 billion of its common stock and expects to receive an initial delivery of shares having a value of approximately $4.25 billion. The total number of shares that Verizon will repurchase under the ASR agreement will be based generally upon the volume-weighted average share price of Verizon’s common stock during the term of the transaction.

Final settlement of the transaction under the ASR agreement, including delivery of the remaining shares that Verizon expects to receive, is scheduled to occur in the second quarter of 2015. Verizon is funding the ASR with cash on hand.

The ASR is in addition to Verizon’s three-year share repurchase program announced on March 7, 2014. Under the three-year program, Verizon is authorized to repurchase 100 million shares of its common stock. That program is set to terminate on Feb. 28, 2017, or when the aggregate number of shares purchased under the program reaches 100 million, whichever date is earlier. To date, no shares have been repurchased under the program.

Verizon will provide further details of these transactions during a webcast at 5:15 p.m. Eastern Time today.

changes in the regulatory environment in which we operate, including any increase in restrictions on our ability to operate our networks; breaches of network or information technology security, natural disasters, terrorist attacks or acts of war or significant litigation and any resulting financial impact not covered by insurance; our high level of indebtedness; an adverse change in the ratings afforded our debt securities by nationally accredited ratings organizations or adverse conditions in the credit markets affecting the cost, including interest rates, and/or availability of further financing; material adverse changes in labor matters, including labor negotiations, and any resulting financial and/or operational impact; significant increases in benefit plan costs or lower investment returns on plan assets; changes in tax laws or treaties, or in their interpretation; changes in accounting assumptions that regulatory agencies, including the SEC, may require or that result from changes in the accounting rules or their application, which could result in an impact on earnings; and the inability to implement our business strategies.