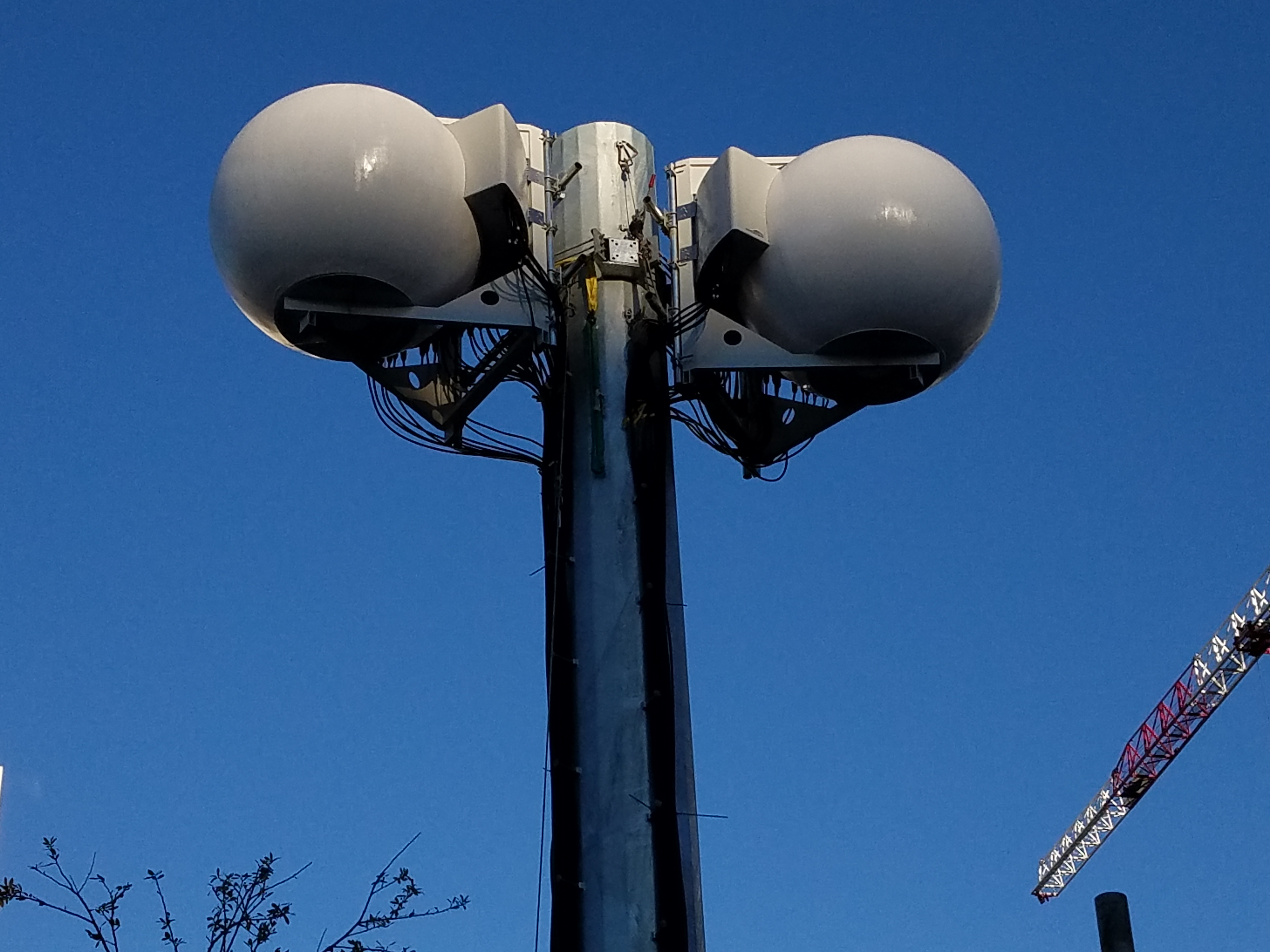 New Matsing Ball technology deployed by Verizon in preparation for the Super Bowl.

HOUSTON, TX – Verizon customers attending the biggest sporting event of the year can count on high quality connectivity while at NRG stadium and the series of events surrounding Super Bowl LI. Enhancements to Verizon’s industry-leading network at and around the stadium, Super Bowl Live area, transportation hubs, hotels and popular tourist areas will provide a 450% increase in capacity and increase in coverage for event attendees and for area customers after the festivities.

Hundreds of Verizon employees have worked for nearly two years to prepare for Super Bowl LI, boosting network performance in major gathering locations throughout Houston, popular traffic routes in the city, major area airports and several hotels. Here are some of the enhancements visitors and residents will benefit from:

The deployment of 220+ small cells is a significant permanent investment in Houston and will service the city for years to come. These small cells are short range cell sites that consist of a radio, antenna, power and a fiber connection. They are strategically positioned within Verizon’s existing network coverage area to add additional 4G LTE capacity where it’s needed – in heavy traffic areas. The coverage area can range from a few hundred feet to upwards of 1,000 ft. This small focused footprint allows more consumers to stream video or share memories during events.

Verizon has also deployed three-channel carrier aggregation (LTE Advanced) in the Houston area to enhance peak data speeds. This is a further enhancement to the nationwide August rollout of two-channel aggregation, providing 50% greater peak speeds in Houston and in cities nationwide.

Residents and visitors to Houston can utilize their wireless devices on a state-of-the-art distributed antenna system (DAS) installed in the underground tunnels. The DAS drastically improves wireless service along the more than six mile tunnel route, which boasts 43 buildings including office towers, restaurants and retail stores. The thousands of pedestrians who travel through the tunnels daily can expect to make and receive calls and text messages and surf the web with more consistency.

“We know people attending the Super Bowl and the incredible events surrounding the game will want to share their experiences with friends and loved ones around the nation, and will use their wireless devices to gather information and navigate throughout Houston and will use their devices to capture every exciting moment of their experience,” said Nicola Palmer, Chief Network Officer for Verizon. Our engineers have been working tirelessly to ensure our customers have a great wireless experience with Verizon.”

At last year’s Super Bowl, attendees at Levi stadium used seven TB of data during the game and over 68 TB of data throughout the nine-day event. With the continued evolution of wireless technology and the increase in data usage trends, we anticipate even greater reliance on wireless technology during this year’s game and events. To meet the needs of our customers, Verizon has made the following enhancements:

To improve capacity in the stadium, Verizon is providing service through:

In and around the area of Discovery Green, Verizon has deployed:

These investments will benefit customers living in and traveling to Houston, in addition to public safety, well into the future too, adding capacity for web browsing, video streaming, social media posting, and more.

“When a city hosts an event like the Super Bowl, they are able to benefit from investments we make to manage the influx of crowds long into the future. The permanent enhancements we have made throughout Houston are infrastructure improvements that will benefit businesses, visitors, law enforcement officials and residents for years to come,” said Palmer.

Verizon will field its own team for the Super Bowl, too. Before and during Super Bowl LI, a special team of technicians and engineers will monitor and manage the network in real-time both from a command center and in NRG stadium. Engineers equipped with special testing equipment will be walking the event throughout the week providing real-time data on network performance and coordinating optimization efforts with the command center team.