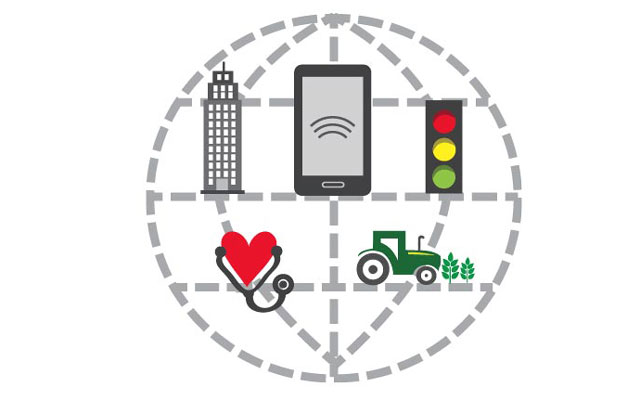 With an ecosystem of more than 1,000 channel partners and revenue from its IoT and telematics solutions totaling $495 million year-to-date, Verizon is generating one of the largest amounts of revenue from the Internet of Things of any company in the U.S.

“Continued innovation in smart cities, connected cars and wearables demonstrates that IoT is the future for how we will live and work,” said Mike Lanman, senior vice president Enterprise Products at Verizon. “Despite the exciting potential, IoT is still too complex, too fragmented, too expensive to connect and too hard to scale. Success in that future relies on a leader that can cut through the complexity and change the IoT model. That’s where Verizon comes in. With our experience in networks, devices, platforms and applications, we are taking a holistic approach to simplifying adoption to expand the IoT market from millions to billions of connections.”

Verizon outlined its IoT strategy at an event held today at its San Francisco Innovation Center. The company also showcased how it’s putting its IoT capabilities to work for customers in the marketplace today through ongoing collaboration. Projects underway include.

“We are thrilled to be working with Hahn Family Wines, Innova, Intel, Renesas and rfXcel among many others, to help them scale and create new business models. These projects show the tremendous range of issues that we can attack in new ways with IoT solutions. We look forward to engaging other customers, partners and developers through our new ThingSpace platform and helping them bring transformational ideas to market,” Lanman added.

One barrier to innovation is that developers of new IoT solutions have to go through multiple channels and cumbersome processes to access the tools they need to create and launch applications. Verizon is radically simplifying that process with ThingSpace, a new self-service web interface.

ThingSpace allows users to manage their IoT environments and related data, end-to-end, from device to network to application. Developers can also build IoT solutions using Verizon’s extensive capabilities and innovation resources. As of today, all developers – even if they are not a Verizon customer – can code and test on the ThingSpace platform. The company will hold a developers conference in Boston in December at which a wide-range of coders including – academia, startups, business and public sector organizations – will gain access to an expanded set of APIs and application enablement capabilities on ThingSpace. Verizon will roll out hundreds more APIs on the platform throughout 2016.

Optimizing the network for the next-generation of IoT use cases

Another barrier to widespread IoT deployment is the cost to connect to a wide-area network compared to other networks like Wi-Fi, Bluetooth and ZigBee. Non-cellular-enabled IoT devices typically connect to a network through a hub or router, which complicates the set-up for customers and increases the potential for failure. As IoT becomes more widely adopted, network connectivity needs to be simple, reliable and economically viable. Recognizing this market gap, Verizon has created a core IoT network within its LTE architecture optimized for Cat1 devices. Verizon has also worked with partners to embed LTE chipsets in a wide-range of connected machines to automate the provisioning process and make it faster to deploy IoT devices on its wide-area network. These enhancements are designed to meet or exceed the economic requirements of the next-generation of IoT use cases. Additional enhancements planned in 2016 include enabling Power Save Mode for IoT devices to facilitate several years of battery life.

Understanding how to consume and manage data in order to address customer needs, solve market problems and generate societal benefits is another barrier to scaling IoT. To help businesses and consumers gain more actionable insights, Verizon is powering IoT technology with its sophisticated big data engine. One of the most advanced data and analytics operations of any industry, Verizon’s platform is designed to consume massive amounts of data generated by IoT devices and other machines, analyze it at extremely high speeds and use scalable machine learning to turn raw data into usable intelligence.

Designed under the direction of the company’s chief data scientist at Verizon’s labs based in Palo Alto, Calif., this multi-tenant data and analytics platform is being commercialized for large-scale IoT deployments.

Paving the way for smarter cities

The market for smart city solutions is projected to grow by more than 20 percent annually from 2015 to 2020, according to industry analysts. Yet urban areas still suffer from the effects of traffic congestion, aging infrastructure and inefficient use of resources. Over the past year, Verizon has addressed the smart city market with IoT solutions for the connected car and smart grid including GridWide, Verizon Share and hum. Now Verizon is leveraging its network, cloud, security and IoT capabilities to launch Intelligent Video, Intelligent Lighting and Intelligent Traffic Management – three new solutions which will address the issues facing urban and rural communities in a more integrated and scalable way.

Verizon’s intelligent solutions will help municipalities integrate disparate systems, monitor traffic and safety conditions in real-time and manage their systems in a dynamic way to improve efficiency and public safety. Verizon is offering these solutions as-a-service so that municipal leaders can start small and scale fast.

“Smart cities are complex. They work best when their systems can coordinate and communicate with each other seamlessly.  What is the correlation between a street light and public safety, or parking and traffic flow?  Our intelligent solutions can be used as important tools for revitalizing urban life, stimulating economic development and making communities more dynamic, resilient, sustainable and secure,” Lanman added.