Verizon, an official sponsor of the NFL, to distribute live games and content across its massive mobile and digital media network 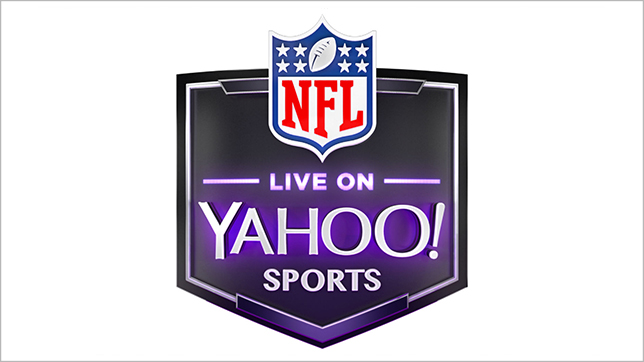 NEW YORK – The National Football League and Verizon announced today a multi-year partnership in which Verizon’s portfolio of premium digital and mobile media properties, including Yahoo Sports, will stream in-market and national games, including national pre-season, regular season, playoff games, and the Super Bowl nationwide to sports fans – regardless of mobile network. The partnership kicks off in January 2018 with streaming of the NFL playoffs on Yahoo! and Yahoo Sports App, Aol Sports and Tumblr.

In addition to the expanded availability of live games, the new agreement will provide fans mobile access to NFL highlights, coverage of NFL throughout the week and year, and a robust set of jointly-developed original content. With Verizon and Oath’s lead in U.S. monthly mobile millennial reach and more than 200 million U.S. monthly unique mobile  digital views, NFL content will reach a massive digital audience.

Verizon will continue to be an Official Sponsor of the NFL and offer unique experiences for customers enrolled in the Verizon Up rewards program at key NFL events including the Super Bowl, Pro Bowl, and the NFL Draft. The partnership also involves work with individual NFL teams on Smart Stadium technology to help improve stadium operations.

“We’re making a commitment to fans for Verizon’s family of media properties to become the mobile destination for live sports,” said Lowell McAdam, Chairman and CEO of Verizon Communications. “The NFL is a great partner for us and we are excited to take its premier content across a massive mobile scale so viewers can enjoy live football and other original NFL content where and how they want it. We believe that partnerships like this are a win for fans, but also for partners and advertisers looking for a mobile-first experience.”

“Verizon has been a key NFL partner, both in the distribution of games on NFL mobile and as a sponsor, since 2010 and we’re thrilled to be both extending and expanding our relationship with them,” said NFL Commissioner Roger Goodell. “Our expanded partnership with Verizon is great for our fans.  Starting with the upcoming playoffs and for seasons to come, live NFL action directly on your mobile device - regardless of carrier - will give millions of fans additional ways to follow their favorite sport.”

To watch the live mobile experience on Yahoo: