V Teamer Carrie Reinhardt on the decision that saved her life. 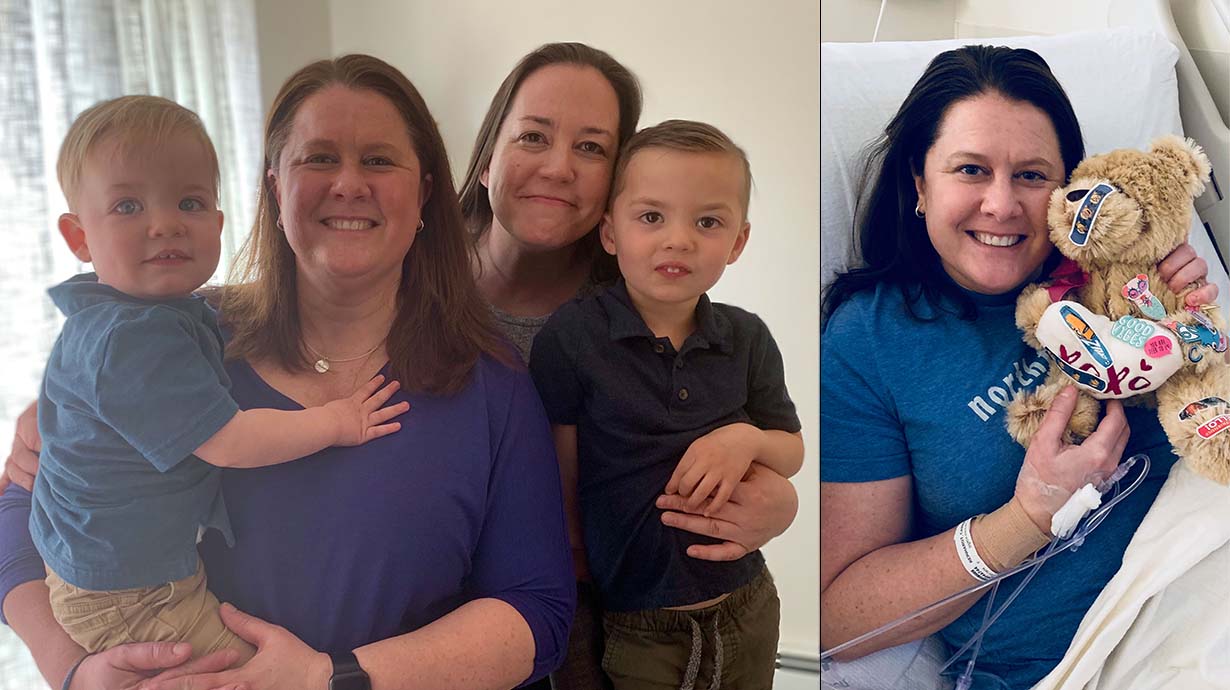 A couple years ago, Carrie Reinhardt, Marketing Technology Manager in the Verizon Consumer Group, got a call from her younger brother. After a routine colonoscopy, doctors had found he had pre-cancerous polyps. Her brother was reaching out to Carrie, being two and half years older, in case she might also consider having a colonoscopy. Carrie agreed.

That decision likely saved her life.

It was January 2019 when Carrie awoke after the procedure. Her doctor told her they had found a 4 cm mass. “At that point my whole world crashed,” remembered Carrie.

She went home and told her wife and then got to work on treatment. She made an appointment at Memorial Sloan Kettering Cancer Center, where she underwent more tests, had surgery, and was eventually diagnosed with stage 3 colon cancer. The recommended follow-up treatment was chemotherapy, not an easy choice for anyone. Carrie decided to go ahead. “It was a very challenging time, but we got through it and I’m here to share the story.”

Today, Carrie feels fortunate that she is cancer free and able to spend time with her wife and two sons, Mason and Davis. Her cancer battle marked a turning point in her life. “When you’re my age, you don’t think something like this can happen to you,” she recalled. “It’s very difficult to put into words when you are hit with your own mortality like that.”

The most unnerving part was the silent nature of the cancer. “I could have easily gone to stage 4,” said Carrie. “The scariest part was not even feeling sick. I have no family history of colon cancer.”

That’s why she spends her time giving back at Sloan-Kettering. “I speak to those who are newly diagnosed, talking through their diagnosis, trying to really hear what they’re feeling and thinking, and being a sounding board for them,” said Carrie.

“I share the personal details of my journey because it could change their life,” said Carrie. “They could say ‘Maybe I should get checked. Maybe I should check out that symptom I’ve been ignoring.’ That’s why I advocate and that’s why I speak out.”

Thank you to Carrie for sharing your story with us and for making a difference in the lives of so many. 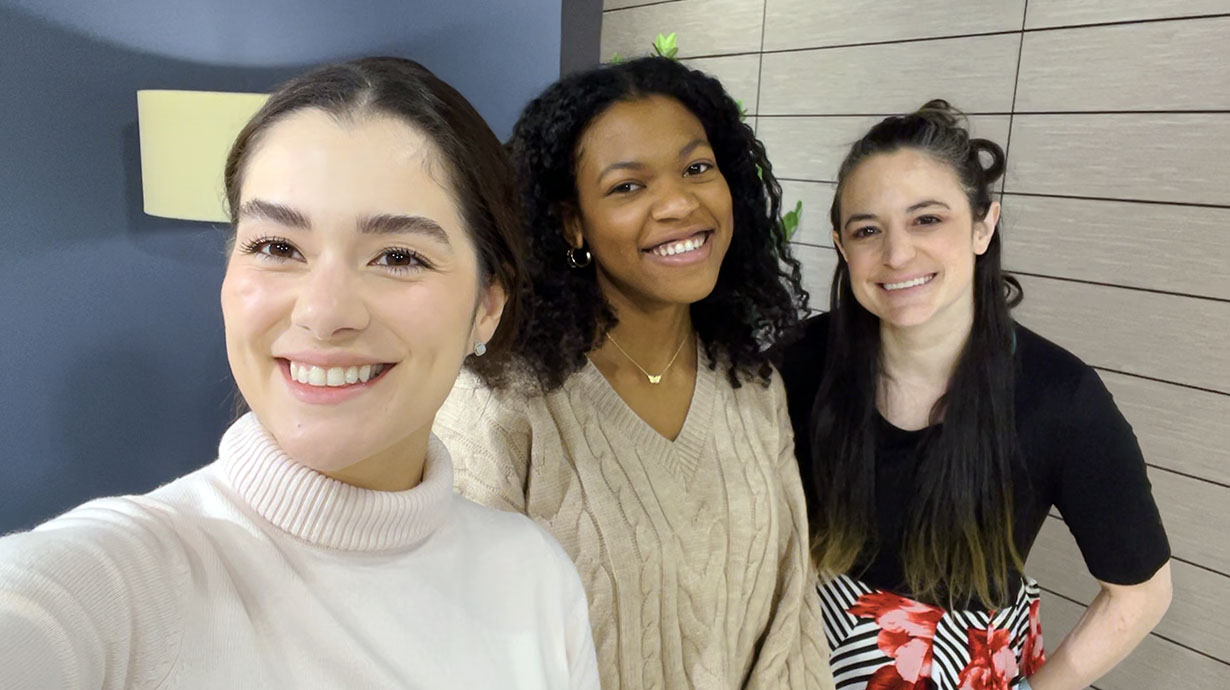 On today’s edition of Up to Speed hosts Raquel Wilson, Jennifer Marin and Erin Kristoff shared some ways you can give back on “Giving Tuesday”. 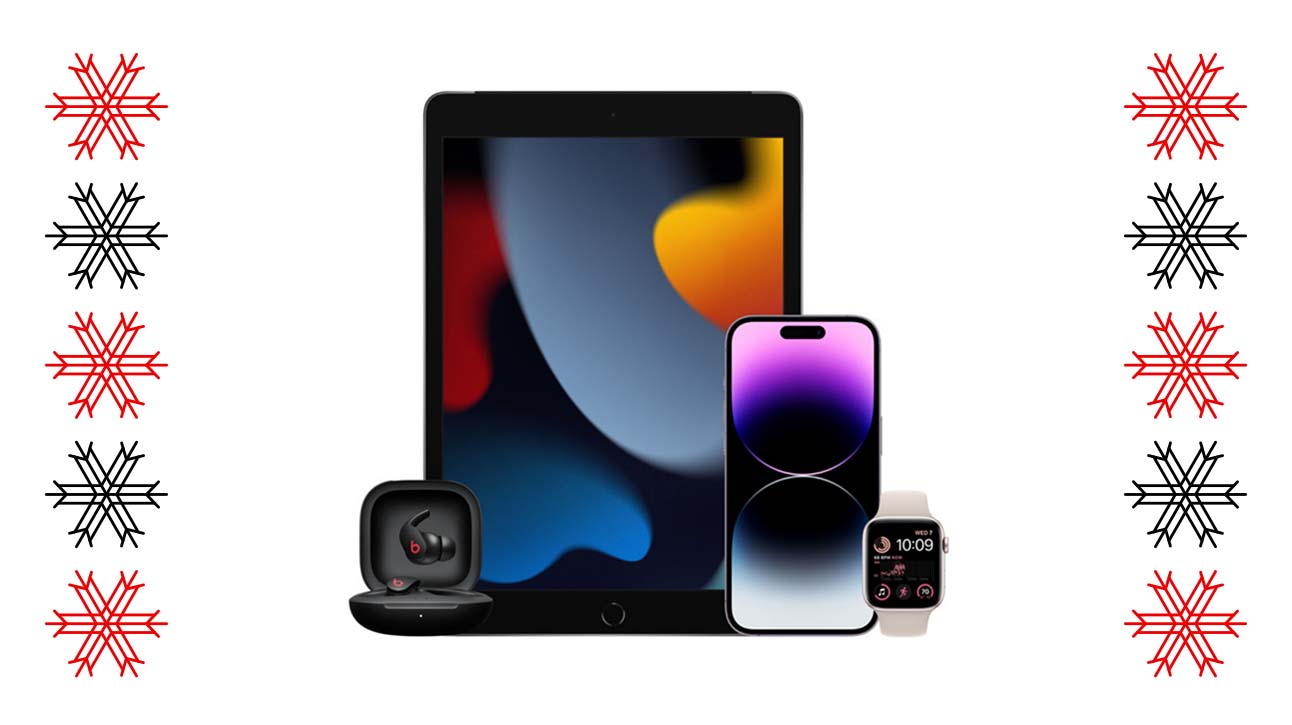 On today’s edition of Up To Speed live host Raquel Wilson shared some amazing Cyber Monday Deals and how we’re continuing to spread kindness across the country this holiday season.