From the streets of Manhattan to the hills of Hollywood, when it comes to using your device when, where, and how you want, Verizon delivers the best experience | About Verizon
Accessibility Resource CenterSkip to main content
Learn more about Verizon's response to COVID-19
Our Company
News
Responsibility
Investors
Careers
News Center

From the streets of Manhattan to the hills of Hollywood, when it comes to using your device when, where, and how you want, Verizon delivers the best experience

Verizon is unbeaten in 101 out of 125 metro areas nationwide, as ranked by an independent tester

How does Verizon remain on top for customers?

“Our millions of customers across the country enjoy a consistently superior network experience because our engineers focus every day to deliver the network you can count on,” said Tami Erwin, Verizon’s Executive Vice President of Wireless Operations. “We are committed to delivering the best customer experience not just on our network, but on the plans you choose as well. You can now mix and match different Verizon unlimited plans – all on the same, easy-to-manage account.”

From Chicago to Dallas, from LA to New York, and dozens of markets in-between, Verizon has you covered. Here are the metro areas where Verizon remains unbeaten:

An unbeaten wireless network experience in 101 out of 125 metro areas. 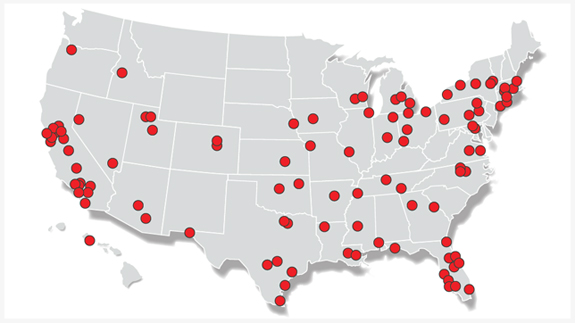 Nationwide, we continue to have an overwhelming lead over the competition across the vast majority of third party tests, due to our consistent network investment and deployment of the latest technologies. Just this year, Verizon was ranked #1 in the nation for a record ninth time in a row by RootMetrics®*; received more awards than any other wireless provider in the J.D. Power Wireless Network Quality Performance Study** (20th time in a row); was recognized as best in streaming***; and in April was found to deliver the best real-world download speeds by Tutela, a widely installed network testing software, with over 250 million devices globally.****

Having lots of awards from multiple independent testers is nice, but that’s not why we’ve built the nation’s best, most reliable wireless 4G LTE network, the largest in the country covering 2.5 million square miles. We’ve built it so you’ll be able to use your device when and how you want to. Whatever matters most to you – whether it’s streaming music or a movie, watching your favorite pro football team during preseason on Yahoo! Sports, sharing that perfect moment with your friends, or connecting with loved ones to make sure they are OK after extreme weather or other emergency – you can do it best with Verizon.

2018 promises even more exciting technology firsts for our customers, including our next generation 5G network. To learn more about some of those improvements and the work our engineers are doing, check out these videos on why we’re Best For a Good Reason.

Visit our Awards and Recognition page to read the latest news on the accolades we've earned for our innovations, diverse culture and corporate responsibility

*Rankings based on the RootMetrics US National (2H 2017) and Metro (1H 2018) RootScore Reports. Tested with best commercially available smartphones on 4 national mobile networks across all available network types. Your experiences may vary. The RootMetrics award is not an endorsement of Verizon. Visit www.rootmetrics.com for more details.
** Verizon Wireless received the highest numerical score among wireless service providers in the J.D. Power 2017 (V1 & V2) & 2018 (V1) U.S. Wireless Network Quality Performance Studies rating it Highest Wireless Network Quality Performance across the Nation.. 2018 V1 study is based on 38,595 total responses, measuring the network quality experienced by customers with wireless phones, surveyed July-December 2017. Your experiences may vary. Visit jdpower.com
*** Based on Verizon interpretation of Nielsen Video Test data collected nationally between 10.1.17 and 3.31.18
**** Verizon customers received the best overall download speeds across the U.S., according to a study of United States’ mobile performance in April by Tutela. During a typical-activity network test, Verizon users received a download speed of 21 Mbps, with AT&T at 14Mbps, T-Mobile at 11.75, and Sprint at 8.51Mbps on average, across the country. 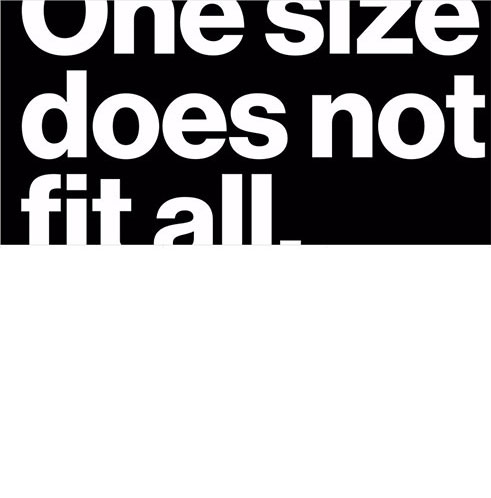 Learn more about how to mix and match your unlimited plan—on the network you deserve.

RootMetrics® ranks Verizon’s network #1 in the nation for a record ninth time in a row
02.07.2018
The RootMetrics’ new National RootScore ® Report has recognized Verizon as the #1 wireless network in the country for a record ninth consecutive time.
When it comes to using your phone when, where, and how you want to, who delivers the best experience?
06.05.2018
The latest results from RootMetrics® show we’re not only the clear leader in delivering the top wireless experience nationwide.
Accessibility Resource CenterSkip to main content
Services & Solutions
Support
Network Technologies
Innovation
Ad and Content Platforms
Follow Careers
facebook-officialtwitteryou-tubeinstagram