The 5G network is distinguished by its massive capacity and ultra-low latency. Applications that rely on near real-time completion and virtually imperceptible lag times—from autonomous mobility to telemedicine to gaming and esports— are expected to be built on Verizon 5G Ultra Wideband.

For a network even to be called 5G, its base station must meet certain standards set by the 3GPP cellular communications body.

Those standards set a critical baseline—but ultimately, a network is only as good as its performance in the wild. Outside controlled testing environments, Verizon’s rollout of 5G Ultra Wideband to parts of 31 cities and counting—has demonstrated some impressive results.

The speed of 5G: How fast is it really?

That means a user could download a 600MB video in about 34 seconds, compared to roughly 2.3 minutes on LTE. In fact, Verizon 5G download speed in Chicago was so high that Francis Sideco, VP of technology at IHS Markit, observed that it was “the fastest speed we’ve ever recorded in the U.S. on any network technology.”

Select members of the tech press have also been putting Verizon 5G Ultra Wideband to the test and have experienced its high speeds firsthand. In New York, a writer for Gizmodo topped out at 1.3 Gbps—fast enough, as he points out, to download an entire season of a Netflix series in under one minute.

1 Source: Global claim from May 2020, based on Opensignal independent analysis of mobile measurements recorded during the period January 31 – April 30, 2020 © 2020 Opensignal Limited.

2 Source: Based on analysis by Ookla® of Speedtest Intelligence® data of Verizon, T-Mobile and AT&T 5G median download speed results for Q2 2020 nationally. Ookla trademarks used under license and reprinted with permission.

Keeping a promise for 5G speed

For Verizon, every successful 5G speed test and satisfied customer is an important milestone on the path to 5G deployment.

“The cornerstone of our strategy is to provide our customers with the best network experience,” says Nicki Palmer, Chief Product Development Officer at Verizon Wireless. “That strategy has served us well, and has led the competition to play catch-up.”

Ultimately, Verizon’s goal is to build a network that supports the type of transformative breakthroughs people imagine when they think of next-generation connectivity. Because we know the future will run on 5G, our standards have never been higher. We’re proud that Verizon 5G Ultra Wideband is setting the early pace for a revolution. 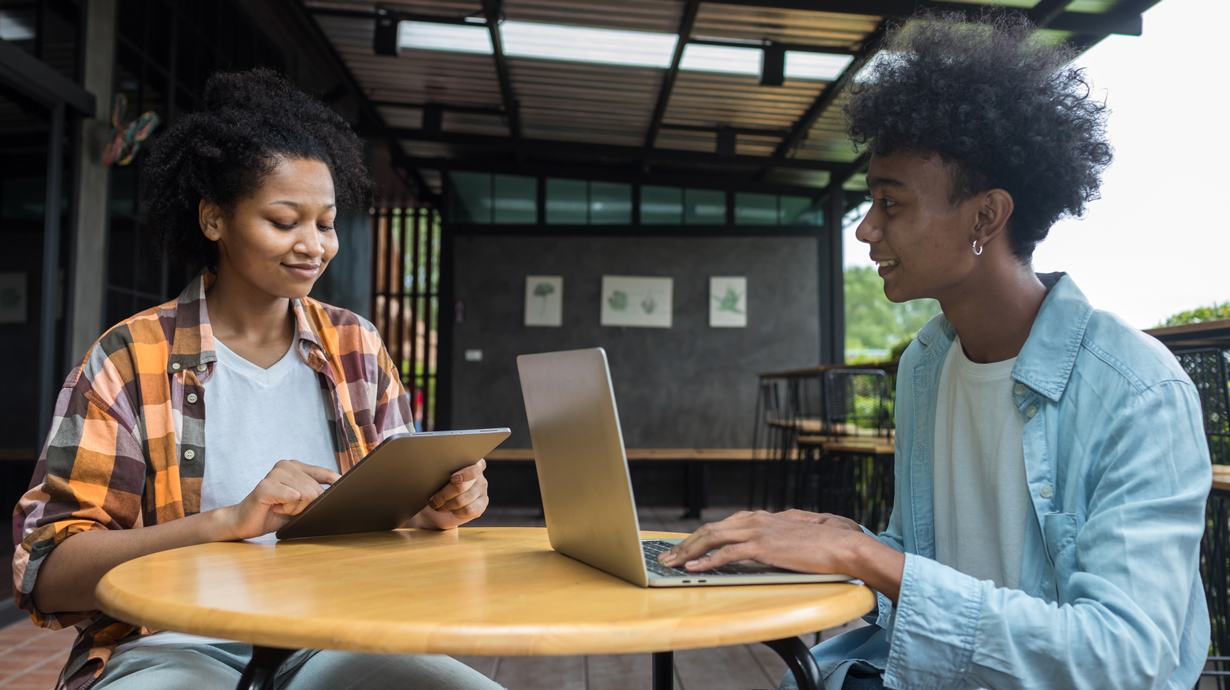 Millions of Americans currently lack access to high-speed internet—but new ideas at the national and local levels, with support from partners like Verizon, could help bridge the digital divide.