‘No one is free until everyone is free.’ | About Verizon
Accessibility Resource CenterSkip to main content
Our Company
News
Responsibility
Investors
Careers
end of navigation menu

Wendy Taccetta, Shane Sanders and Kala Garner share what Juneteenth means to them. 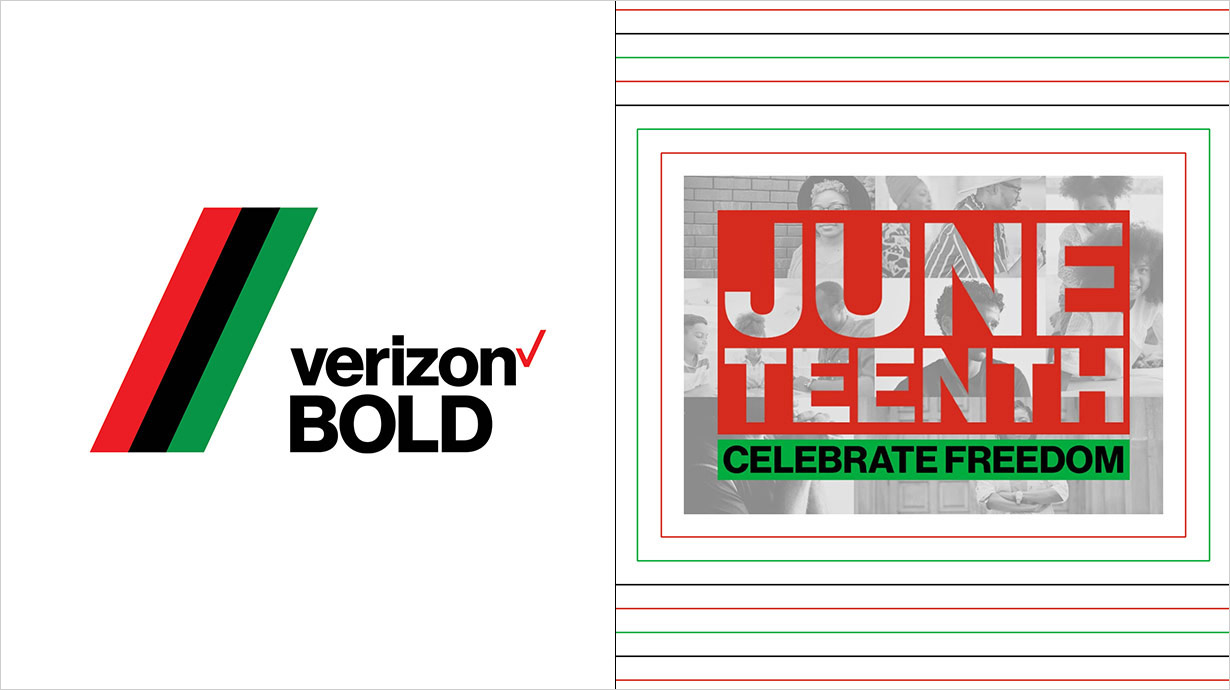 Up To Speed week in review

Tuesday: We launched Family Money *and* gave you a 10 percent discount on your next accessory for getting vaccinated.

Wednesday: We let you in on what dads REALLY want on Father’s Day.

Thursday: Hans and pro golfer Tony Finau showed you how to elevate your golf game with AR Pro Interactive app.

Diana welcomed co-host Network Automation Supervisor Kala Garner who volunteers as one of our BOLD Employee Resource Group (ERG) leaders. BOLD stands for Black Originators Leaders and Doers, and while it represents our Black V Teamers, all employees are welcomed to join.

The hosts were joined by two of our leaders, Wendy Taccetta who leads Nationwide Small Business and is Channel Chief for Verizon Business, and Shane Sanders who leads Business Excellence and Cost Transformation. Shane is also a member of BOLD’s Executive Advisory Board. The group discussed Juneteenth, the oldest nationally celebrated commemoration of the ending of slavery in the United States. This week, under the leadership of BOLD, Verizon is recognizing this important day in our history in several ways.

Kala gave a quick lesson on the history behind Juneteenth. In 1863, during the American Civil War, President Abraham Lincoln issued the Emancipation Proclamation, which declared free more than three million slaves living in the United States. More than two years would pass however, before the news reached Black Americans living in Texas. It was not until Union soldiers arrived in Galveston, Texas, on June 19, 1865, that the state’s residents finally learned that slavery had been abolished.

What it means today

Shane shared that Juneteenth reminds us that “nobody is free until everybody is free.” For Shane, the recent national designation of Juneteenth as a national holiday is profound. “To me, it means I matter,” shared Shane. “It shows what we value as a country. And this act means that the experience of the black community matters.”

There are many ways to observe and celebrate this holiday, from supporting Black-owned businesses, to continuing to educate yourself on American history, to donating to organizations that advance racial equality, attending Juneteenth events and even volunteering.

If you’re interested in learning more about this topic, check out our #Next20 series from last year in which David Hubbard from our legal and public policy team hosted a great conversation with Dr. Khalil Gibran Muhammad, a Professor of Public Policy, Race and American History at the Harvard Kennedy School.

Another great resource on the Black experience and the Civil Rights movement is an inspiring conversation from last summer that Kala hosted with Dr. Clarence Jones, a speechwriter and personal friend of Dr. Martin Luther King Jr.

Kala talked about what it was like to interview Dr. Jones. “It was emotional because it was one of the first conversations with someone who has been doing work in civil rights for so long and inspiring the next generation, which includes me,” remembered Kala. “That conversation was a career and life highlight for me.”

Diana pointed out that not only does Verizon have a long-standing history of celebrating Juneteenth under BOLD’s leadership, BOLD has also led many other strategic initiatives including voter registration, participation in the census and a virtual March on Washington last year, which was one of our most popular events in our Citizen Verizon volunteer portal.

BOLD hosted a Juneteenth event on Friday, June 18, at 12:30 PM ET. Look for a replay if you missed it. BOLD will also “takeover” Verizon’s Twitter and Instagram accounts on Saturday, June 19.

“I’m so proud of Verizon and what we’ve done over the past year,” said Wendy. “We’ve really put our money where our mouth is. We’re helping businesses survive and thrive right now, because business is different than before.” She reminded us that we hold workshops called Small Business Days in each of our 7,600 retail stores. “Let your small business feel big and we can help you do that,” said Wendy.

Building the next generation of Black finance leaders

Shane mentioned that we’ve had great support in terms of courageous conversations, including talent. “We talk a lot about sponsorship versus mentorship. They’re different. Taking someone under your wing is so valuable,” said Shane. “And then interventions. How do we leverage the tools we have? How do we make connections across the business? How do we maintain the momentum to keep building Black diverse talent within finance? We’re optimistic and excited but at the same time we know there’s a lot of work left to do.”

How to be a better ally

Diana asked the three panelists what we can do to be better allies. “Listen. Make yourself open and vulnerable,” suggested Shane. “Sometimes you have to take the risk. If you never take the risk, I’m not sure how allyship even works.”

“It doesn’t have to be this big thing. It’s one step at a time,” said Kala. “After you’ve done some education with your family and community, go and hang out with people who don’t look like you, including those from the black community and the Asian community.”

“Allyship is active. It is what you do in that moment despite your fears,” said Wendy. “It’s also about education. You don’t have to run the whole marathon. Just do some research. Get to know Google! Just know a little bit more than you knew yesterday. Get into some new conversations and you’ll find we have more in common than not. If we can all come to the table together, I think we’ll like what we see.”

Genia Wilbourn led an insightful discussion with four Moment to Movement team members on what diversity data in Global Network & Technology showed, why the team is committed to driving progress, and what we're actually doing.

Props to the dads

Finally, a very happy Father's Day to all the dads and father figures this Sunday. We thank you and celebrate you!

If you have any questions, email them to live@verizon.com.

Get the latest information on our Coronavirus Resource Page (Inside Verizon, The Street).

Diana Alvear is new to the V Team family. In her previous life, she was a network correspondent and local anchor. These days, she juggles crafting communications with chasing kids and pets. 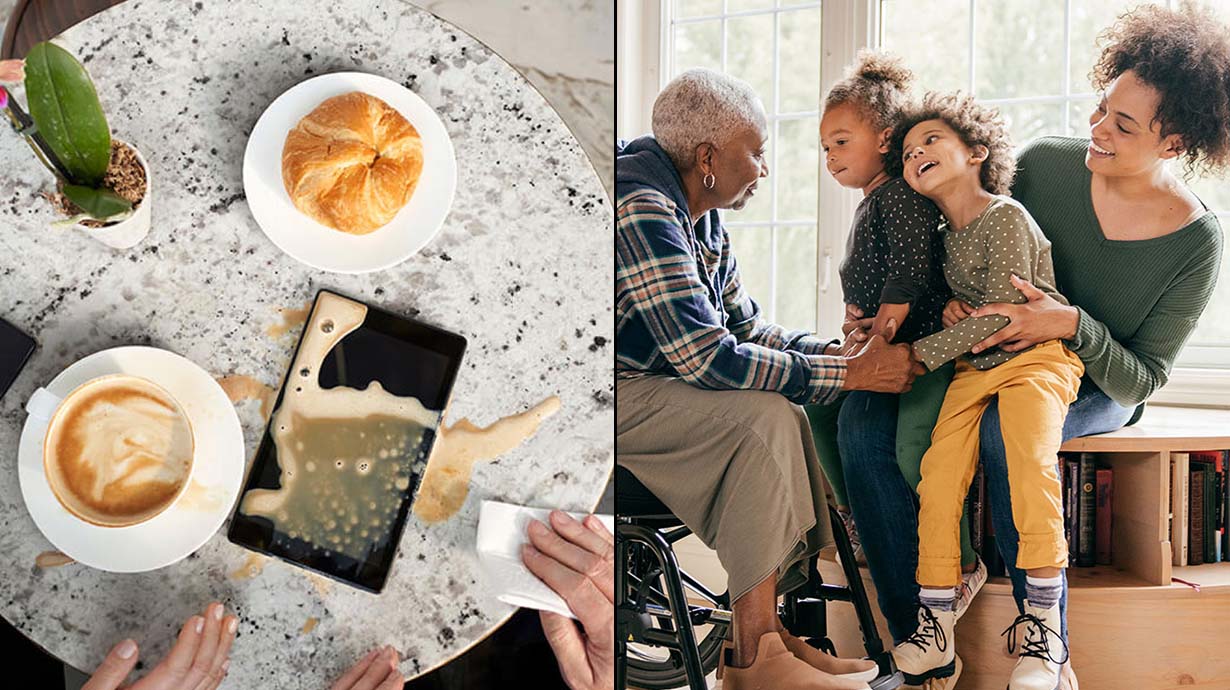 On today’s episode of Up To Speed live, host Chris Serico shared a full news rundown including a special PACT event. Plus updates on gaming, device protection and more.