Mobile solutions
Home solutions
Get up to $500 when you bring your phone. Plus, get the incredible iPhone 13 Pro on us. Online only. With select 5G Unlimited plans. Ends 12.5. Buy now
$500 via promo credit when you add a new smartphone line with your own 4G/5G smartphone One Unlimited for iPhone (all lines on account req'd on plan), 5G Do More, 5G Play More or 5G Get More plans between 11/15/22 and 1/4/23. Promo credit applied over 36 months; promo credits end if eligibility requirements are no longer met. See vzw.com/bring-your-own-device for details. Excludes Verizon Prepaid plans.

Pixel 2 and Pixel 2 XL hands-on: More than the sum of their parts

Google's new phones just might set the standard, despite the competition. 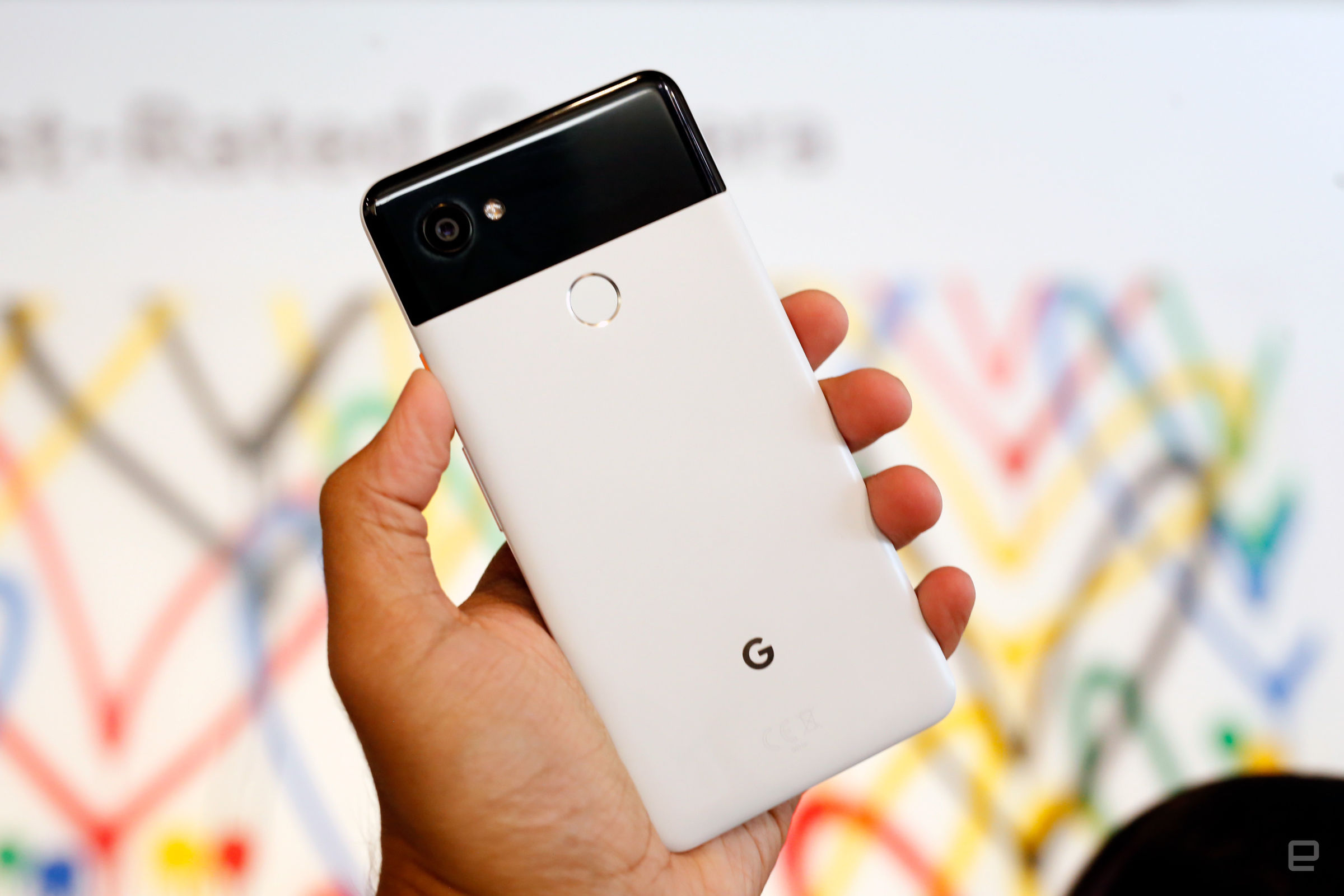 Just like clockwork, Google officially revealed its Pixel 2 and Pixel 2 XL today. And just like clockwork, Google gave the rest of the smartphone industry reason to be concerned. I spent a few moments playing with both of the new devices and couldn't help but get almost irrationally excited about them—a rare feat considering just how thoroughly these two phones have been leaked over the past few months. My excitement has less to do with the hardware, though—by most measures, the Pixel 2 and Pixel 2 XL are exactly what you'd expect a pair of high-powered phones to be in 2017. What seems more fascinating is how good Google's Android smartphones can be because of how much control the company has over the process now.

Let's get the basics out of the way first: both of these phones are fast. Crazy fast. A lot of that is thanks to the ubiquitous Snapdragon 835 chipset and 4GB of RAM inside, though I'm sure the clean version of Android 8.0 certainly doesn't hurt. The commonalities don't end there either—both are almost shockingly light, and both of their coated aluminum bodies look and feel more premium than I would've expected. If you're the kind of person who cares about "handfeel," I think you'll be pleased.

Both phones also have Google's Active Edge, which is suspiciously similar to HTC's own Edge Sense. (I wouldn't be surprised if some of the intellectual property Google licensed from HTC relates to this.) In any case, squeezing the bottom half of the phones launches Google Assistant, which then starts listening for your commands. Assistant did a surprisingly good job at picking up queries in the journalist moshpit that was Google's demo area, but getting the phone to recognize a squeeze took more force by default than seemed comfortable. Here's hoping Google also lets us re-map that squeeze action to do other things the way Samsung didn't with Bixby and its button.

The cameras, meanwhile, are just fantastic. Imagine this: you're in a cramped room with questionable lighting and lots of pretty gadgets in front of you. That doesn't sound like the ideal situation for taking photos with a phone, but the 12.2-megapixel sensor working in tandem with Google's nearly insane image processing and recognition produced consistently excellent photos. I thought the Note 8 and the iPhone 8 Plus were good, and they definitely are. It's just that the Pixels seem better, even after such limited time.

Interestingly, Google didn't spend much time today spouting off specs, which means some of the new Pixels most useful features were barely acknowledged. Both are IP67 water and dust resistant, so they'll handle dips, spills and splashes much better than either of the existing models do. The Pixel 2s are also the first mass-market phones with integrated eSIMS, though Google didn't have the guts -- or the carrier support -- to ditch traditional SIM cards entirely. If you're a Project Fi user (T-Mobile support will come later), you'll be able to activate your plan and manage everything without fiddling with a tiny plastic card. The nanoSIM slot is there for every other carrier, and will certainly come in handy for frequent travelers.

While both phones share a very powerful platform, the differences between the phone are notable. There's no way you can look at the Pixel 2 and the 2 XL and not feel some sort of visceral pull toward the latter. That's all because of its long 6.0-inch pOLED display -- it's not quite as punchy or bezel-free as other smartphones we've recently tested, but it's still far more exciting than the Pixel 2's more traditional 5-inch screen. It would've been nice of Google to bring those sweet, 18:9 screens to its smaller phone, but there's probably no way the economics would've worked out.

To be completely honest, I wasn't sure coming into this event that Google would be able to surprise. I was wrong. The Pixel 2 and the Pixel 2 XL don't feel like phones to me so much as they are Android itself given physical form. I fully understand how cheesy that sounds. Still, no matter how good other flagships phones have been this year, it's only now that we've gotten a clear sense of what Android could and should be.

This article was written by Chris Velazco and originally appeared on Engadget.